Comic filmmaker Sacha Baron Cohen was in town this past weekend for the funeral of his 99-year-old grandmother, Liselle Weiser. 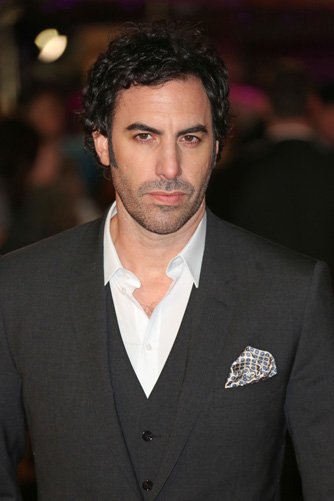 The well-known grandson is reported to have sent flowers every week to his maternal granny who lived in Bat Yam.

The funeral took place at the Kiryat Shaul cemetery in Tel Aviv.

The Ali G, Borat and Bruno creator is a regular visitor to Israel. His mother, Daniella Weiser, was born here, and Baron Cohen volunteered at two kibbutzim before breaking out onto the world stage.

He was also a member of the Zionist youth movement Habonim-Dror in Britain and started his acting career by appearing in Habonim theater shows.

Baron Cohen’s wife, actress Isla Fisher, and their two daughters did not join him on this trip to Israel.

Baron Cohen’s upcoming films include Grimsby and Alice in Wonderland.