A new calendar year has begun, and hundreds of thousands of Israelis are getting set to pound the pavement and run through dusty terrain during Israel’s new running season. The 2014 calendar is chock-a-block with races across the country, from fun runs to half marathons, marathons, ultra courses and even minimalist routes.

“Running is one of the biggest growing sports in Israel, especially in the last three years,” says Ran Pergamin, the man behind the popular running blog Zayedet. (zayedet.com)

“Israel is a good country for running, thanks to the classic and very comfortable weather year round, excluding the height of summer,” he tells ISRAEL21c.

The 37th International Tiberias Marathon on January 10 is the first race of the season. The oldest annual sporting event in Israel, the 42.2-kilometer course follows the shoreline of the Sea of Galilee and winds through ancient historical landmarks in the Jordan Valley.

The Tel Aviv Samsung Marathon — which usually attracts some 35,000 runners from around the world — follows on February 28, with runners soaking up the city and its beaches.

The International Jerusalem Winner Marathon will take participants past historical landmarks on March 21, 2014. 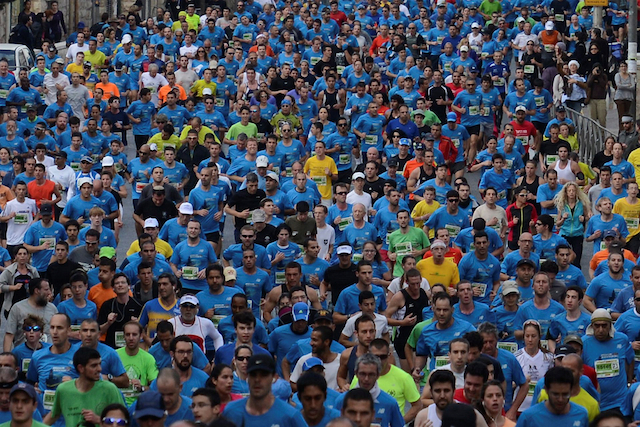 “The Tiberias Marathon is a very competitive race,” says Josh Kulp, a running enthusiast from Modi’in who covered 2,336 km (1,452 miles) in 2013 after running three marathons, two half-Ironmans and one ultra-marathon. Kulp has run all three of Israel’s marathon courses and points to the newest one as his favorite. “I love the Jerusalem Marathon. It’s one of the best events ever. It’s such a beautiful run,” he says.

There are two trends in the Israeli running scene right now. Like in the United States, half-marathon race distances are increasingly popular for those seeking a challenge without pulling a hamstring. At the same time, momentum is gaining around the ultra-marathon phenomenon.

Tel Aviv hosts the first half-marathon event of the year on January 31 with the Brooks/RealTiming Maratonya event, often considered the perfect practice run for the Tel Aviv Marathon four weeks later. Similarly, the Begin Half-Marathon on February 21 is good practice for the Jerusalem Marathon. 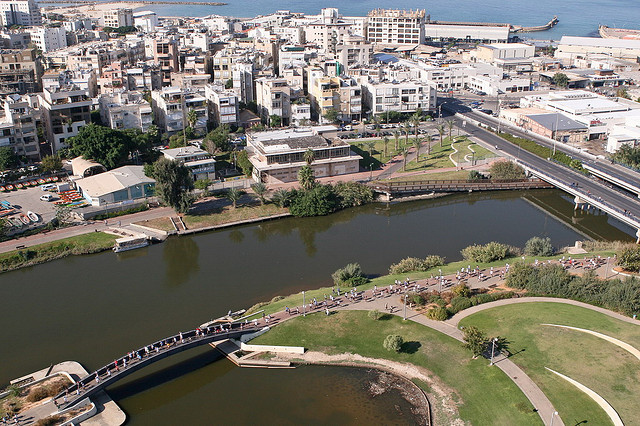 Aerial view of the Tel Aviv Marathon in 2008.

The second development in the local running scene will have most people begging for an ice bath.

“Ultra-marathons are the trend around the world and there’s great ultra-running in Israel, too,” Kulp tells ISRAEL21c. “Once you’ve done a marathon, if you want to prove yourself you’ve got to do an ultra-marathon. It’s fun to run trails. “

The Israman (Israel’s Ironman) is the first event of this season for heart-rate adventurists. The full and half-Ironman distance triathlon in Eilat and its surroundings is set to take place January 17 in the Red Sea resort town.

The Mountain to Valley 215-km relay race from northern Israel to the Jezreel Valley (May 14-16, 2014) is another one of the premium events in this niche. “I’ve done the Mountain to Valley race four times. It’s a great way to see the country and get off the beaten path,” says the 43-year-old Kulp.

“The ultra-running scene is gaining momentum and interest because the ultra-marathon is the new marathon. If 40-kilometer was the goal four or five years ago, now it’s 60-100 kilometers,” says Pergamin.

While most of the races are sponsored by top footwear companies, a growing number of runners prefer striding without any footwear at all.

Barefoot running – also known as minimalist or natural running – is all about running without shoes or in thin-soled footwear.

The most famous barefoot runner is Olympic marathoner Abebe Bikila, who won gold without shoes. Almost 55 years later, runners are now trying to get back to basics by taking off their shoes.

Pergamin, a leader of the style in Israel, says barefoot running can correct a runner’s form and usually results in fewer injuries. He says there are about 2,000 Israelis involved in the sport today and that the numbers are growing.

“Israelis are attracted to minimalist running because people here are taking sport seriously; they’re curious about the gear and equipment,” says Pergamin, who despite having completed all three of Israel’s marathons has now traded the pavement for forest trails and sandy desert pathways.

Both Pergamin and Kulp say Israel’s topography and weather are a perfect combination for great running options.

That’s also evident in the dozens of races and running events offered throughout the year across the country. There are a bunch of half-marathons from April to December, as well as dozens of shorter races in just about every city or town.

If you’re running in one of these events, why not send us your photographs from the day.