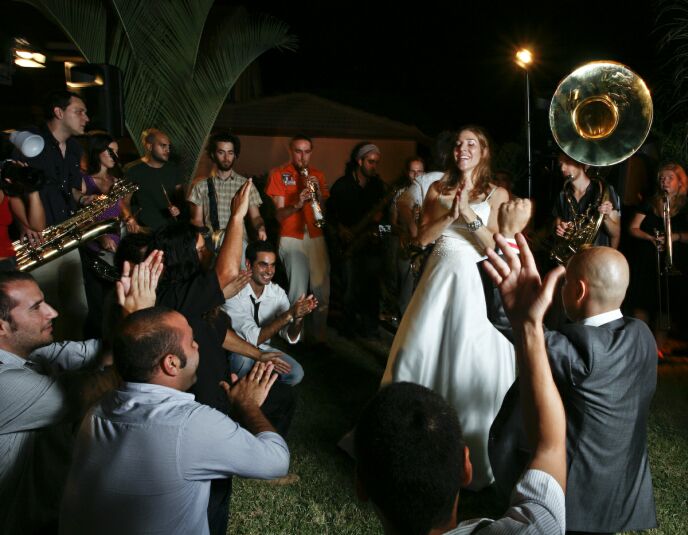 When Los Angeles documentary filmmaker Laura Bialis came to Sderot in 2007 to see how its music scene was shaped by the unrelenting drum of Kassam rockets, she found a flourishing “little Liverpool” in the small working-class city less than a mile from the Gaza Strip.

Bialis fell in love with Sderot and married one of its musicians, Avi Vaknin. Ultimately, Sderot’s story became hers.

Rock in the Red Zone will have its world premiere on Oct. 14 at 2pm at the 30th Haifa International Film Festival.

Though filming began seven years ago, the movie ends with present-day scenes. Bialis believes its message is especially relevant in the aftermath of Operation Protective Edge.

“The film is about life under rocket fire in the South, but as I was making the film I had the sense that in many ways Sderot is a microcosm of Israel, a kind of a metaphor,” she tells ISRAEL21c.

“Just like many Israelis wouldn’t go to Sderot, many people from the US wouldn’t come to Israel. They don’t understand how we can live here. One of the most beautiful and amazing things I discovered in Sderot was that people are incredibly resilient, and that was how it was throughout Israel in the latest war. Rockets were flying and there were still weddings and bar mitzvahs and people trying to live their lives,” Bialis says.

“My film is about the resilience of Israeli society, and how people in Sderot make music and continue their lives despite everything. And what’s happening in the story is not just about Sderot anymore. The film is kind of a prologue to what we’ve just seen this summer– the unbelievable reality that has existed in the South of Israel for years, to which most of the world has been largely indifferent.” Young musicians rehearsing in Sderock, the city’s music club in a bomb shelter.

Bialis came to Sderot at the urging of some of the subjects in her award-winning Refusenik, documenting the 30-year international human-rights campaign to free Soviet Jewry. Their emails from Israel spoke of a humanitarian crisis in Sderot that the media were ignoring. By 2007, 7,000 Gazan rockets had hit Sderot, and thousands more were to come.

“I couldn’t just sit there and not do something,” she told ISRAEL21c when we initially featured her project in 2009. “I looked at myself in the mirror and said, ‘You have a camera and you know how to tell a story and make movies, so go there and do it.’”

She discovered that Sderot had earlier earned the moniker of ir hamusica, the city of music. “I’d always heard that good music comes from hard places,” she narrates in the film.

Bialis met Vaknin when he was managing Sderock, a long-running music club and rehearsal space in a bomb shelter. Later, he would propose to her in a different bomb shelter. 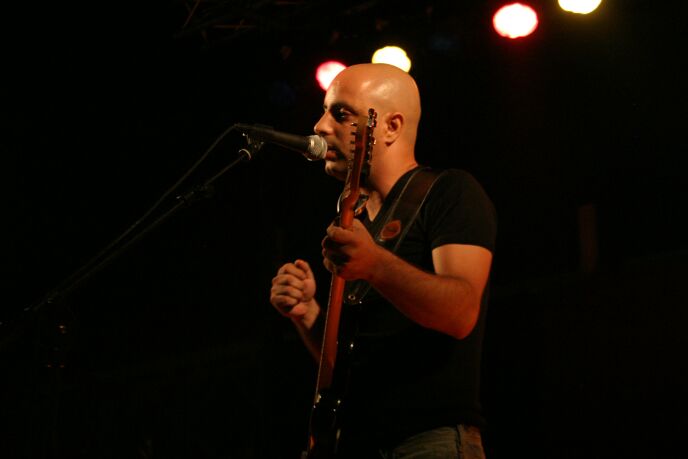 Vaknin brought major Israeli singers to work with his young protégés, turning music into a potent outlet for their feelings.

“The original idea was to suck the poison out of them; to let them scream … to let it all out,” he relates in the film. Vaknin produced two Sderock albums: “The Record Project” (2001) and “The Hope Project” (2007). In recent years, he’s worked as a solo artist with major Israeli performers such as Shlomo Artzi, Micha Sheetrit and Amir Dadon.

Bialis also followed local musicians including Hagit Yaso, an Ethiopian-Israeli who went on to win the TV talent show “A Star is Born” in 2011.

An American in Sderot

In the 1950s, North African Jewish refugees poured into Israel and many were assigned to the shanty town that was Sderot. Never a desirable location, its reputation sank even lower when the Kassams starting hitting about 14 years ago.

“Sderot felt abandoned in 2007,” says Bialis, who moved in with Vaknin while making the film. They relocated to Tel Aviv to advance Vaknin’s career, but take their daughter to visit family in Sderot weekly.

“I would go to buy furniture in Ashdod or Tel Aviv, and when people at the stores saw my address they would say, ‘What the hell is an American doing in Sderot?’ Then they had to find a delivery person willing to drive there.”

After Hamas rockets reached Tel Aviv and beyond in the summer of 2014, Israelis can empathize more with Sderot residents. But they are still under constant threat of attack as Bialis documented on camera several years ago.

Reluctantly, over time, she decided to turn the lens on herself and narrate the movie from her own perspective.

“I’ve never made a personal film before, but my story really tied it all together. Now I feel lucky that it took so long to finish, because after the situation this summer, it feels like the right time for the movie to come out,” says Bialis.

She has had many requests to screen Rock in the Red Zone on US college campuses. “That was one of my target audiences when I set out to make the film, because it’s a story about young musicians. But I also want it to be seen by the wider public.”