Solving environmental challenges can seem like a game of Whack-a-Mole: As soon as you bop the primary issue on its head, others pop up.

One example is electric vehicles. While battery-operated cars successfully whack the big environmental problems associated with fossil fuels, the manufacture and disposal of the batteries pose different environmental issues.

Photovoltaic (PV) solar panels for electricity generation are another example.

According to EcoWatch, although emission-free and renewable solar energy is a far better option than fossil fuels, the mining, melting and cooling of raw materials to make the panels does leave a carbon footprint. And like EV batteries, disposing of old PV panels doesn’t have a good solution yet.

Yanir Allouche identified another problem with solar farms when he was the CTO and VP Operations and Technologies at Arava Power, a leading Israeli PV developer: the panels must be cleaned often to retain efficiency, but that raises the problem of water waste.

It’s a big conundrum, especially in arid areas where many solar farms (such as Arava Power’s) are located: You have less water and more dust to clean from the panels.

He serves as chairman and CTO of the company, whose autonomous, water-free, robotic cleaning systems are boosting solar energy output by up to 30 percent for clients in Israel and India thus far.

Airtouch 3.0 from Nadav Cohen on Vimeo.

Allouche explains that most robotic PV panel cleaners use a vertical top-to-bottom motion on each panel.

The secret sauce of Airtouch Solar’s robots is a patented air blower that lifts and pushes the dust forward horizontally along arrays of panels. The dust falls into the gaps between each cluster. Following close behind are soft towels that remove any remaining particles.

“When you clean left to right, you enjoy a lot of benefits. It’s faster and consumes less energy, among others. But you’re carrying a lot of dust along the way,” says Allouche.

That’s where the blowing action comes in. 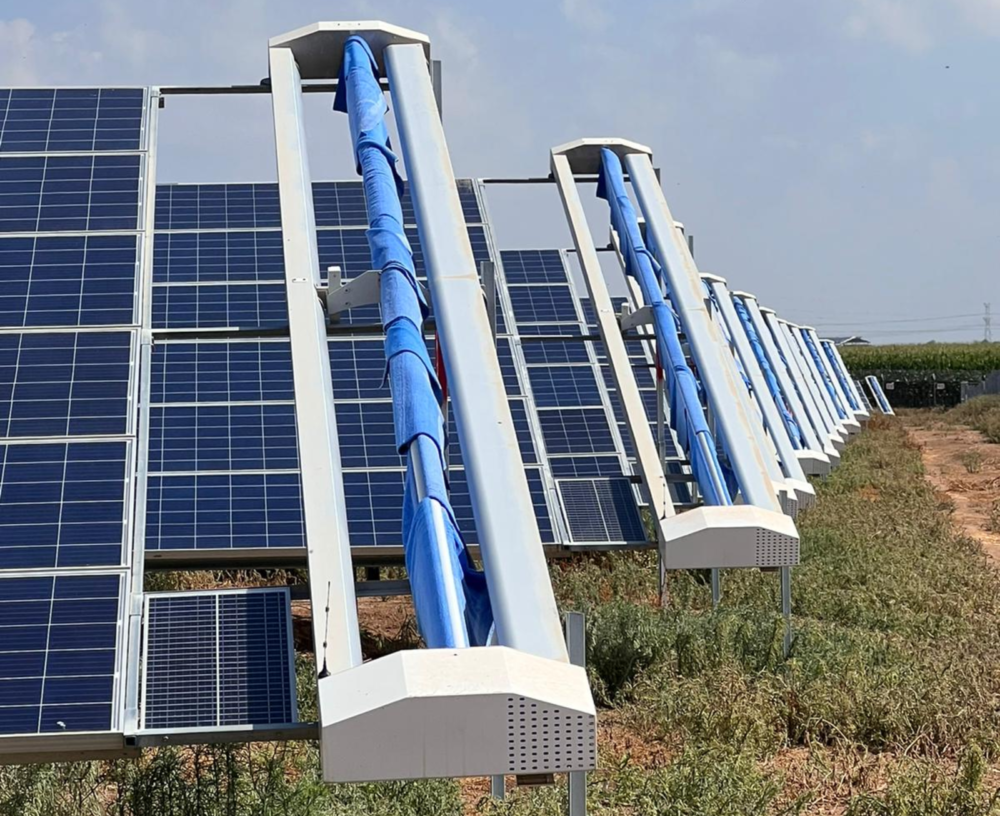 “Most of the heavy dust is removed by the blower in the direction of the cleaning, so the towels only need to finish the job,” he says.

“This allows us to use very gentle microfiber instead of brushes. The fabric not only cleans better, but also minimizes micro-scratches.”

Micro-scratches — caused by dragging scratchy sand particles across the surface in the frequent cleaning process — deteriorate the antireflective coating on the panels, making them less able to absorb solar rays.

And how is the microfiber itself cleaned? Allouche says a mechanism shakes the fabric out during each cleaning cycle, a process aided by the action of the air blower.

“By cleaning the towel during every cycle, it comes to the panel with less particles in it,” he says.

Each deployed robot is connected to the company’s IoT (Internet of Things) system so the process can be programmed and controlled remotely for the client, allowing for real-time adjustments based on forecasted weather, wind speed and rainfall.

It’s done without unnecessarily complicated technology such as sensors.

“We have been focused from day one on simplicity and protecting the panel,” says Allouche. 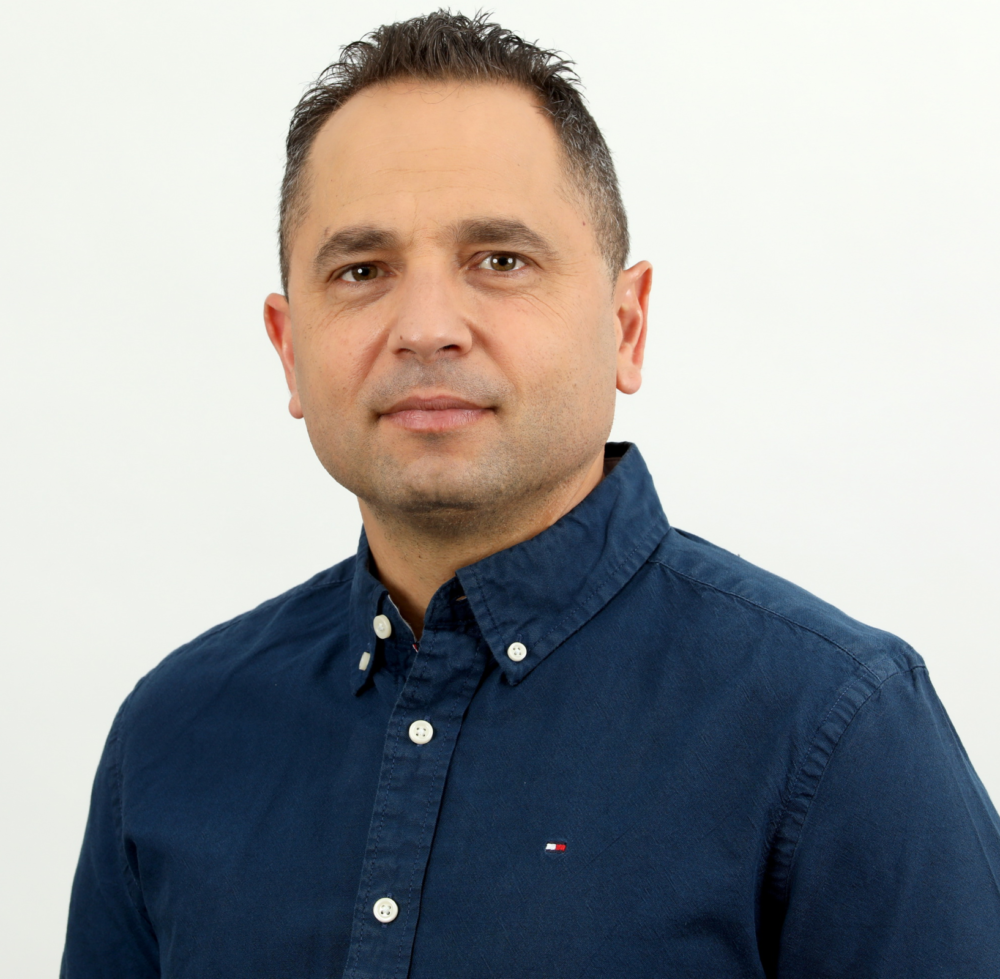 Tal Laufer, the company’s new CEO, adds, “We listened to the customers and developed products based on their wish list. We didn’t say, ‘Let’s make a product and see how it fits in the market.’ This is why Airtouch is so successful.”

Powered by solar in a circular cycle

A major green advantage of the Airtouch Solar robotic cleaner: the system is self-sustaining, powered by the very solar panels it cleans.

“The robots have rechargeable batteries that are charged during their ‘sleeping mode’ from the solar panels,” says Allouche, explaining that typically the robots work for an hour each day and “sleep” the other 23 (sounds like a good deal, right?).

Furthermore, the blowing effect is achieved by a geometric mechanism “that doesn’t require a lot of power or down time and functions well in a desert climate.”

Airtouch robots are designed to function throughout the usual 25-year lifespan of solar arrays. 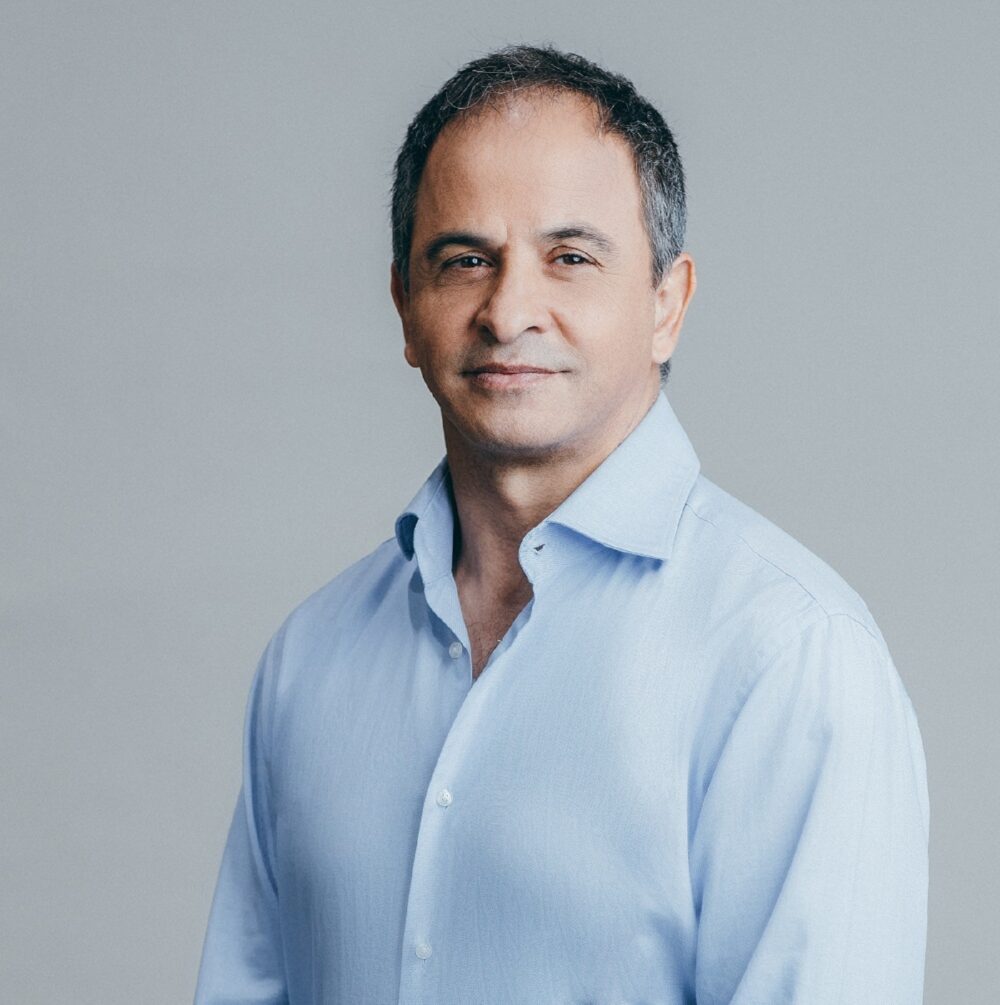 “We commit to 25 years of a full maintenance program,” says Allouche, explaining that this is an end-to-end solution where clients pay an upfront fee for installation and an annual fee for service and maintenance.

About 35 employees work at Airtouch Solar’s Beit Shemesh headquarters, where R&D and manufacturing is based. Another 35 work in the company’s service and production site in India. The company went public in 2021.

Airtouch Solar’s design is unique, but it does have competitors in China and in Israel – most notably Tel Aviv-based Ecoppia, a nine-year-old industry pioneer that recently won an Environment + Energy Leader Award for its H4 waterless PV panel cleaning robot.

However, Allouche and Laufer say there are more than enough opportunities for everyone. The target market for robotic cleaning solutions is estimated at approximately $11 billion.

Solar energy is a hot (pun intended) technology these days, while water is a dwindling resource.

Therefore, Airtouch Solar is starting to look at new markets such as the United States.

“Israel and many countries are currently recalculating their course in order to adopt clean energy sources, such as those derived from the sun, as part of a growing transition towards these sources. Our solutions help alleviate the fear that the drought and water crisis will delay the transition to renewable energy sources,” says Laufer.

“We’re proud that Israeli technology is helping the world be cleaner and less polluted.”