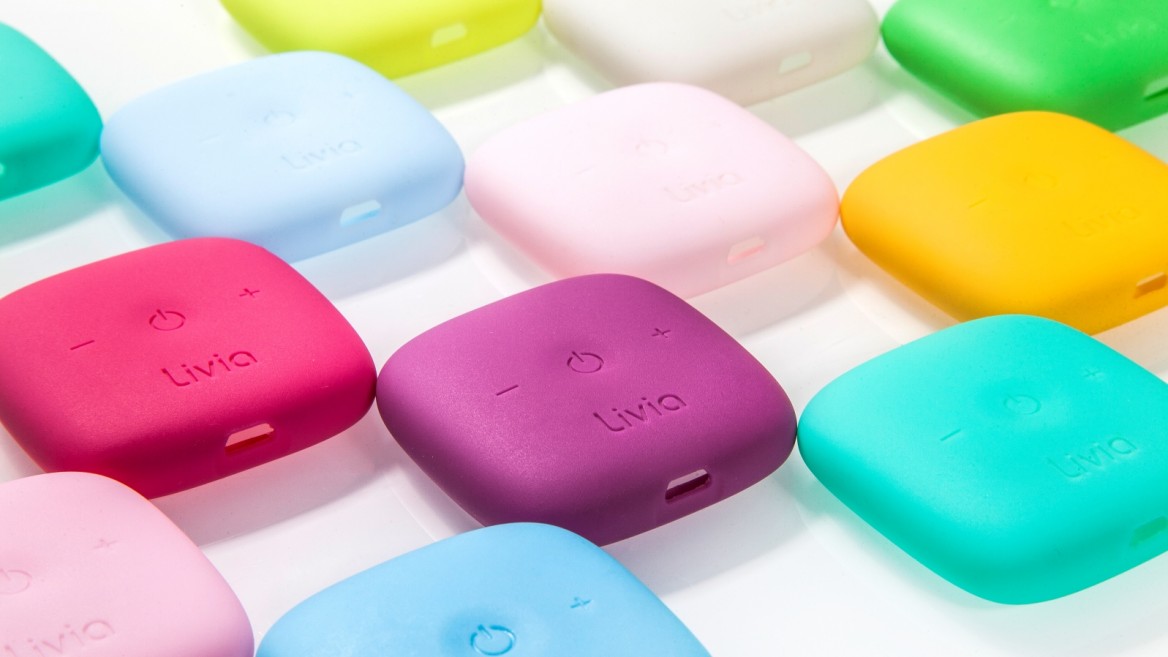 The pain-blocking wearable device comes in an assortment of colors. Photo courtesy of Livia

When female reporters from publications including Cosmopolitan, Seventeen and HuffPost opened packages containing a wearable device to relieve menstrual pain, they probably didn’t realize it was invented by an Israeli father and son.

But that odd fact didn’t really matter. The device, called Livia,  has created a buzz worldwide and has garnered more than $300,000 from supporters so far in an Indiegogo crowdfunding campaign  launched with a $50,000 goal.

iPulse Medical, the company behind Livia, was founded in April 2015 and is headed by Chen Nachum, a 36-year-old bachelor.
“The technology is my father’s,” Nachum tells ISRAEL21c.

Zvi Nachum, a medical patents developer, was experimenting with pain solutions for a different project and discovered how to fine-tune the frequency and wave shape of an existing technology called TENS (transcutaneous electrical nerve stimulation) to block specific types of pain.

“But that wasn’t his original project, so he put it aside and I took over,” says Nachum.

Nachum gathered a mostly female group of Israeli experts to birth Livia: industrial designers from Tenenbaum Hazan Design Studio in Herzliya, marketing and branding gurus from Tross Creative in Tel Aviv, and publicists from Blonde 2.0 in Tel Aviv. It was the publicists who had the idea of 3D-printing 20 prototypes to send to influential women journalists.

The result is a small patent-pending wearable (available in a variety of fun colors) that claims to provide nearly instant relief from cramps in three easy steps: attach the electrodes via gel pads to the spot where pain is worst, clip the device onto a waistband or pocket, and switch it on.

Livia lasts up to 15 hours on a single charge, doesn’t interfere with the menstrual cycle or hormonal balance, and provides a discreet natural alternative to pain pills and hot-water bottles.

Now nearing completion of the FDA and CE regulatory approval processes, Livia was clinically tested on 163 women by Dr. Bari Kaplan at the Women’s Hospital of Rabin Medical Center in Petah Tikva.

“Over 50 percent of women suffer primary menstrual cramps, for which they consume large amounts of painkillers,” said Kaplan, a male gynecologist. “Livia uses a pain-relief method that does not involve drug consumption. The idea is to close the ‘pain gates.’ The device stimulates the nerves, making it impossible for pain to pass. The method Livia uses has been proven effective in several clinical studies.” 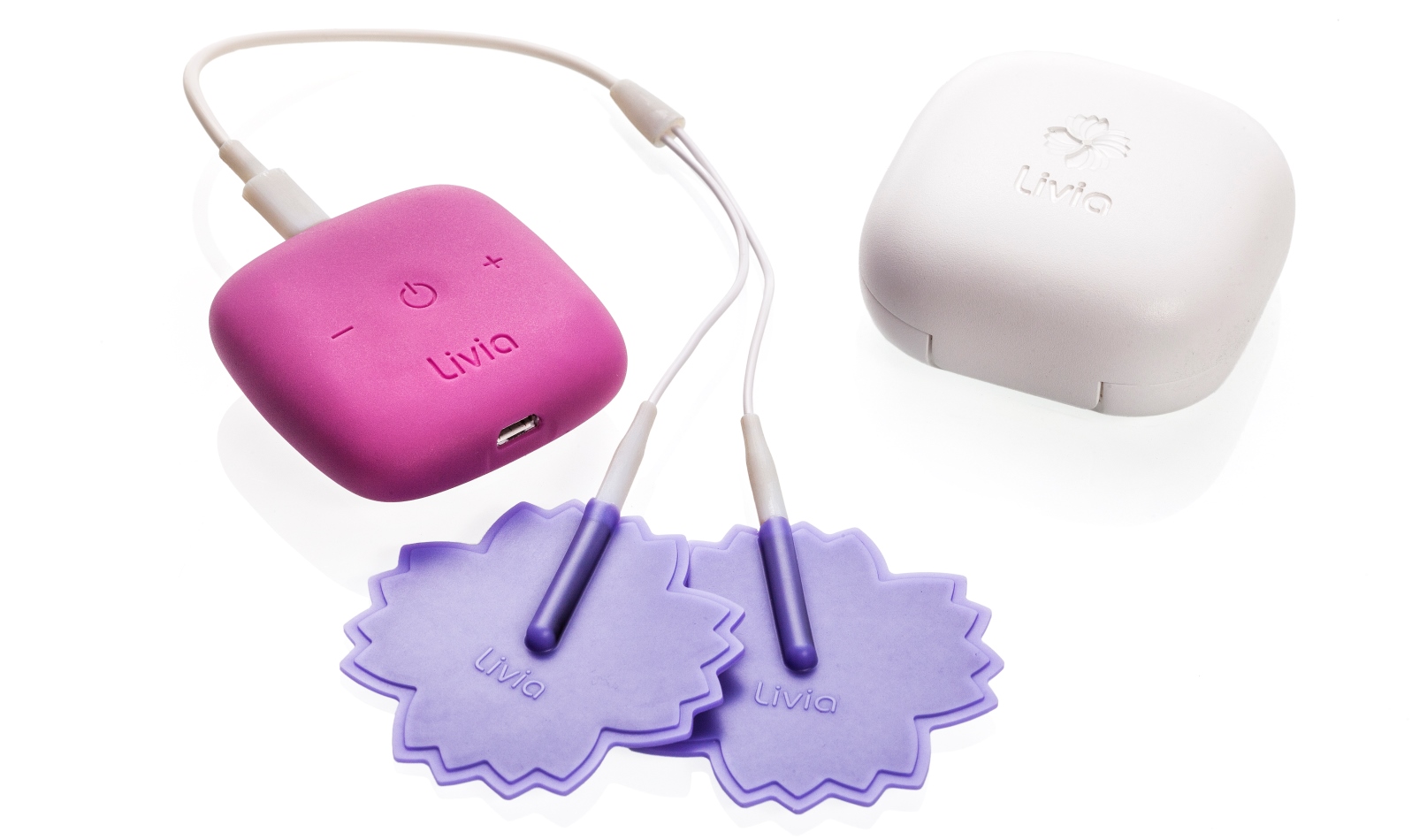 The drug-free system lasts up to 15 hours on a single charge. Photo courtesy of Livia

Assembled in Israel, Livia devices are supposed to go on the market in October at an initial retail price of about $149, though Nachum hopes to reduce the cost as manufacturing becomes more streamlined.

“Especially with people looking into holistic alternatives for food, medicine, and other industries, Livia is the natural step to take in order to get relief from menstrual pain, especially for women whose cramps can really be debilitating,” says Nachum.
Based in Ra’anana, iPulse Medical has established a corporate presence for Livia in Delaware in anticipation of a lot of demand in the American market. The device is expected to sell worldwide.