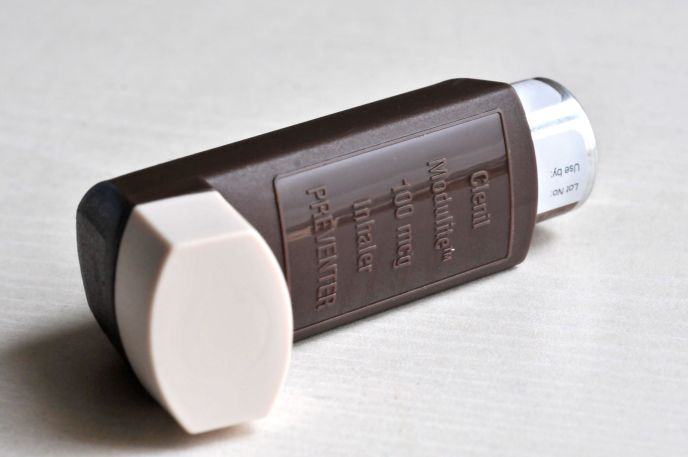 Microscopic foreign particles in the lungs of firefighters, welders, industrial workers and children cause respiratory problems of great concern to Prof. Elizabeth Fireman of the Institute for Pulmonary and Allergic Diseases at Tel Aviv Sourasky Medical Center.

She has developed a bio-monitoring technique that’s proven its value from Ground Zero to the playground.

Back in 1999, Fireman published her first paper showing how her revolutionary induced sputum (IS) and analysis techniques worked better than the more invasive bronchial lavage method in obtaining and studying mucus of Israeli factory workers to test for hazardous particles from inhaled dust.

In the aftermath of the World Trade Center terror attack on September 11, 2001, she flew to New York to bio-monitor 39 New York City firefighters who’d inhaled toxic substances at the disaster site, and compared results against a control group of Israeli firefighters. She identified toxic metals such as mercury in the rescue workers’ lungs.

“When the Twin Towers collapsed, I realized my method could be used for the firefighters,” she tells ISRAEL21c. “At the beginning, they didn’t understand how a woman in Israel could help, but I met Dr. Dave Prezant, the chief physician of the New York Fire Department 10 months later at a meeting of the American Thoracic Society, and offered him the technology. I said I was sure even at this point I would find particles, because they accumulate and remain in the body.”

Sure enough, her tests showed that firefighters who had worked at Ground Zero for more than 10 days harbored several different kinds of dangerous particles in their lungs.

In a new study soon to be published, Fireman and a team of researchers compared the IS technique to environmental monitoring in mapping air pollution. They examined 136 urban children evaluated for asthmatic symptoms at Tel Aviv Sourasky Medical Center, which is affiliated with the School of Public Health at Tel Aviv University.

“Rooftop pollution monitoring stations measure larger particulate matter, which is mostly expelled by the lungs,” explains Fireman, who also is on Tel Aviv University’s Sackler Faculty of Medicine. “I wanted to know what happened to the small particle matter capable of evading the body’s immunological mechanisms. And I wanted to know how they affected asthmatic kids.”

In her earlier experiments with factory workers, Fireman devised IS as an alternative to broncho-alveolar lavage, and then searched for an appropriate instrument to measure particles in the sputum. She found what she was looking for at a now-defunct Israeli startup that developed a tool for measuring airborne particles in industrial settings.

“I saw I could adapt this tool for my purposes and began comparing particles in sputum to particles from the invasive method, and it worked well. I saw that perhaps there is an alternative to invasive tests,” she says.

The potential of this method has been proven over the years with additional at-risk populations.

In 2008, Fireman published a report in the Journal of Industrial Medicine on her study involving 30 welders from the Israel Defense Forces exposed to aluminum, iron, cadmium, chromium, iron, lead or nickel. Epidemiological studies have shown that exposure to welding fumes is associated with metal fume fever and increased respiratory symptoms. 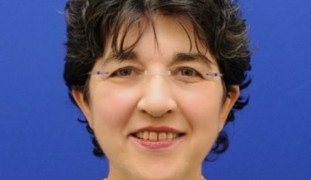 With financial support from the US-Israel Binational Science Foundation (BSF), Fireman then did a four-year study in which she gathered and analyzed sputum samples from 80 middle-aged American nuclear machining workers and 83 middle-aged Israeli dental technicians. Both groups are vulnerable to chronic lung disease from exposure to beryllium.

The results, published in the Journal of Occupational and Environmental Hygiene, showed that biological monitoring was more informative than environmental monitoring in assessing the respiratory risks to workers in beryllium industries.

“Then I decided to switch to kids, and now that is the future,” says Fireman.

She explains that when diagnosing asthma, it is important to be able to identify different types of inflammatory cells, for instance eosinophils.

Based on their studies on urban children with asthma, Fireman and her researchers made two maps of high-risk areas, one according to data from rooftop environmental monitoring stations and the other according to her method.

“The two maps are completely different,” says Fireman. “Our map is correlated with symptoms. I would never say to get rid of the stations, but I think they must be combined with bio-monitoring, especially in zones with high pollution levels.”

Fireman also is part of a team that will investigate the effects of pollution on the lungs of workers in the Haifa Bay and on workers involved in manufacturing Caesarstone, a quartz-based surfacing product found in the vast majority of Israeli kitchens and also many abroad. She suspects that Caesarstone production is hazardous to workers due to the nanoparticles they inhale.

“We now are dealing with research focused on nano-range particles, which we assume are more dangerous because they cross the barrier of the lungs and go into the bloodstream and could have a role in systemic diseases,” Fireman says.