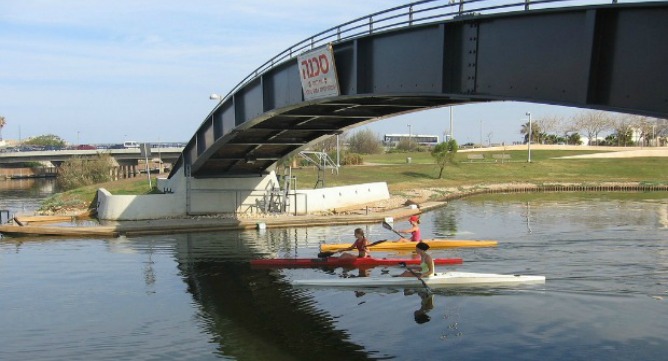 The riverbank is pretty and the water is inviting.

A lot of history and hard work led up to Tel Aviv-Jaffa Mayor Ron Huldai’s much-publicized July 2011 dip in the Yarkon River, the waterway that winds east from the Mediterranean between Tel Aviv and Petah Tikva. The mayor was showing that the river could finally shed its reputation as a dangerously polluted blight on the landscape.

Yarkon River Authority General Director David Pargament – who rowed in the 17-mile-long river as a child — tells ISRAEL21c how the Yarkon was made healthier and what still must be done.

Pargament’s office sits beside the pretty riverbank, part of the large, lush Yarkon Park that streams daily with bikers, runners, picnickers, boaters, fishermen and families – and has hosted concerts in recent years by artists such as Michael Jackson, Paul McCartney, Madonna, U2, Red Hot Chili Peppers, Elton John, Tina Turner and Aerosmith. Next door is the Tel Aviv Rowing Club, where serious athletes such as rowing champ Jasmine Feingold hang out.

Much of the outside world first heard of the Yarkon only in July 1997, when a temporary pedestrian bridge over the river collapsed under the Australian delegation to the Maccabiah Games. More than 60 athletes were injured and four died as a result of a fungal infection caused by aspiration of the heavily polluted water.

“The Yarkon was polluted since the late 1950s,” relates Pargament. “It smelled bad, it had mosquitoes and it flooded. The Bavli section of Tel Aviv, which is now highly desirable, smelled so bad from the river that it was hard to sell an apartment there.”

Pargament arrived at the River Authority in 1993, three years after its founding. He had a tough job ahead of him. “The main hard work was to change the attitude of the decision-makers on the national and local levels. I had to show each city they had a major asset here, and now they all realize how important the Yarkon is. It’s high on Mayor Huldai’s urban agenda and others are joining in.”

Pargament stresses that the river itself was never to blame.

“Rivers don’t do anything; things are done to rivers. Most of what humans have done to this river is negative. We’re now in the process of trying to change the negative effects and the old ways of thinking in order to reverse what was done and to imitate what used to be. We can’t get all the water back or make the urban or agricultural areas disappear. We’ve had to work within these constraints to rehabilitate the Yarkon and prepare it for recreation.”

In 1995, the authority’s 18 member agencies devised a master plan under the leadership of then Tel Aviv Mayor Roni Milo. One of the first priorities was to stop spraying mosquito pesticides and rehab the denuded banks along which the spraying vehicles had traveled. Once the river’s ecosystem was rebalanced, the mosquito problem abated with little intervention.

Another priority was building proper weirs (barriers to redirect the flow) in place of makeshift ones that farmers had fashioned to enable pumping water out for irrigation. Bank erosion and neglected habitats were also dealt with. 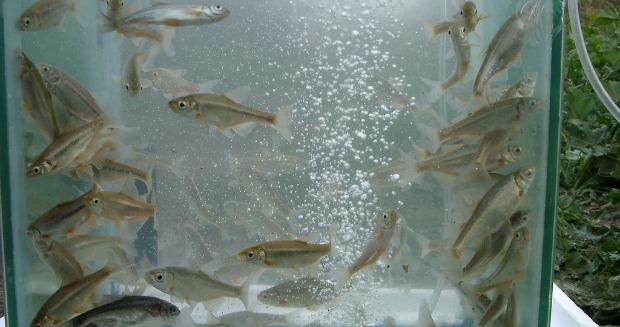 “The task of rehab is endless,” says Pargament. “We invented it as we went along, through intensive work with academics, fish experts, botanists, hydrologists, tree experts, engineers. We initiated at least 25 research projects and we used that information in an integrated way to make decisions.”

The 1997 tragedy led to one of the most important developments for the Yarkon: constructed wetlands that naturally filter industrial effluent. The Land Authority provided 21 acres for this project, and the Australian branch of Keren Kayemeth LeIsrael-Jewish National Fund donated the first NIS 15 million to actualize it.

“When they heard that Australians were donating money for the Yarkon, many Israelis wondered why they would do that after the deaths,” says Pargament. “It shows how big they are – they are not turning their backs on us, but helping us fix what needs to be fixed.”

Today, the clean upstream section of the river and the downstream saltwater estuary jump with gray mullet and tilapia. The middle 10 miles is a work in progress, though Pargament points to major achievements such as the successful reintroduction of the native Yarkon bleak and wintering egrets.

There is no longer any deliberate inflow of pollutants or sewage into the Yarkon, and freshwater is discharged into the upper part as a matter of government policy. One of the older wastewater treatment plants is getting upgraded to pump membrane-technology treated water for irrigating the adjacent Ganei Yehoshua Park and agricultural crops and orchards.

“This integrates the river with human activity,” says Pargament, “and will assure that the water introduced into the Yarkon doesn’t go to waste.”

Everything the Yarkon River Authority does is watched closely by water ecologists far and wide. The Yarkon is “twinned” with the Los Angeles River in California, whose authority exchanges ideas with the Israelis. The European Commission (EC) is funding its second research project on the Yarkon, and a post-doctoral student from Spain is working with the authority as part of the EC’s Marie Curie Actions program.

“Others are modeling river rehab programs after ours, because we are pioneers. We export our knowledge to everybody — we’re public employees, so we’re happy to share,” says Pargament.

UNCOVER ISRAEL - Get the ISRAEL21c
Weekly Edition free by email
Sign Up Now!
Bring Israel's story to life.
Millions of people around the world rely on us to gain a deeper understanding of Israel. We are the trusted source for original content you won't find anywhere else.
You can make a difference. Donate today to support journalism that brings Israel’s story alive.
SUPPORT ISRAEL21c
Read more on:   Eco-Living, Tel Aviv, Environment, Yarkon River