Complex changes in brain connections as children learn how to read have been newly revealed in a study initiated by Israeli brain science researcher, Michal Ben-Shachar.

Published in the Proceedings of the National Academy of Science, the study focuses on “white matter” – a network of pale, myelin-sheathed connections that allows information transfer between distant parts of the brain.

Ben-Shachar and a team from Stanford University – where Ben-Shachar, a professor at Bar Ilan University, conducted her post-doctoral research — used an MRI-based non-invasive technique called diffusion tensor imaging (DTI) to track the development of reading skills and white matter connections in 55 children ages seven to 12 over a three-year period, and how they change over time.

“The nice thing about DTI is that it is really child friendly,” said Ben-Shachar, who continues to collaborate with two Stanford labs in researching the development of reading in children born prematurely. “In a 12-minute scan you can collect high-quality data from the whole brain, while the child is lying still watching a movie.”

The National Institutes of Health-funded study was conducted between 2004 and 2007, and collected so much data that it took years to organize and analyze it.

The results were somewhat surprising. Children who became good readers initially had lower levels of white matter in the areas of the brain associated with reading, but these levels grew rapidly during the three-year test period.

However, children who became below-average readers started out with more white matter in the areas associated with reading, and these levels declined over time — suggesting that these children were not creating and strengthening the neural pathways key to reading ability. 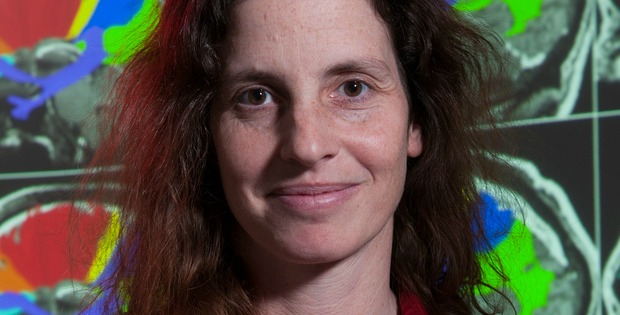 “When we looked at the first year of collected data, in an article published last year in the Journal of Cognitive Neuroscience, it really struck us as so surprising to see a reverse correlation between white matter and reading ability,” Ben-Shachar tells ISRAEL21c. “This [new] paper helps us make sense of it, because we see the weaker readers start with stronger connections that decline over time.”

She speculates that this may be because during the first three years of life, children grow many brain connections and then start “pruning” ones they don’t use in order to strengthen the more relevant connections. “Perhaps there is not enough pruning in the brains of kids who become poor readers,” she suggests.

Sets the tone for future studies

Most developmental imaging studies compare brain measurements in groups of children and adults, while this one was unique in that it followed the same group of children over a long period of time.

“By doing so, we discovered that the changes in brain connections are more informative about reading skill than the measurement at a specific point in time,” says Ben-Shachar.

“This is really important if we are ever going to use MRI as a diagnostic tool in education, in addition to standard behavioral tools. It means we will have to assess the child more than once in order to look at dynamic developmental changes, because change is more important than absolute measures at a particular time point.”

At her Bar-Ilan lab, Ben-Shachar is working with Ethiopian immigrants for whom Hebrew is their first written language, in the hope of identifying how the adult brain changes as literacy is acquired.

Along with Ofer Amir and Ruth Ezrati from Tel Aviv University, Ben-Shachar recently won a prestigious grant from the Israel Science Foundation to study white matter pathways in the brains of adults who stutter.

Meanwhile, she goes to California each summer to participate in the ongoing child imaging studies at Stanford.