Months out of jail, an established Jewish New York hip-hop artist credits God for his new record contract and plans a permanent move to Israel.

Nearly 10 years in prison didn’t dull the prospects of urban hip-hop star Shyne. With a major Def Jam Records deal in his pocket, he’s kicking off 2011 with two new music videos and a worldwide tour. For that, the former Notorious BIG protégé thanks God.

“Everything I have is divine intervention,” declared the 31-year-old son of Belize Prime Minister Dean Barrow and a woman of Ethiopian Jewish descent. “Because contrary to popular opinion,” he continued wryly, “rappers don’t go to jail and become more successful. The fact that people are still interested in my music, after 10 years, is a miracle.” 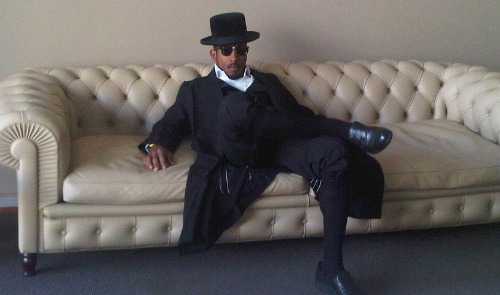 Photo courtesy of Lone Star Communications.
The ritual fringes under Shyne’s Hasidic dress are also evident in his latest music videos, but he does not aim to be a Jewish performer.

Following his Israel-Belize World Tour, to start in London and end in North America, he plans to make aliyah (become an Israeli citizen). He has been meeting with Israeli government officials to iron out the details, which are a bit tricky due to his deportation from the United States – where he was raised by his mother — after serving his sentence for weapons possession and first-degree assault.

“We are getting this dual citizenship thing going,” he told ISRAEL21c. “Definitely, we are in the process of making aliyah because this is my ancestral home.” He paused and smiled. “My father’s OK with it as long as I keep the Belize flag next to the Israeli flag.”

Making music for the masses

“Roller Song” depicts him smoking in a hot tub; dressed “like Eisenhower-slash-Haile Selassie” in a military coup fantasy; and confronting a Mexican drug lord. Yet the fringes on the corners of his religious undergarment sway visibly from beneath his shirt in many scenes.

“I’m not necessarily trying to promote a Jewish image; I’m being me,” said the Hasidic-garbed rapper, clutching an unlit cigar in his left hand. “I make music for the masses. Moshe Levi has a great impact on the music that Shyne makes, and I’m sure in the future you might see that, but I never prophesied that I’d be making religious music.”

He did, however, agree to a guest appearance at the February 15 season opener of Tuesday Night Live. This religious-oriented variety show is filmed next door to the Great Synagogue of Jerusalem, where Shyne has frequently joined lone soldiers for Shabbat dinner.

Always self-identified as an “Israelite,” a term he uses more often than “Jew,” he deepened his faith while in prison, eating only kosher food even if that sometimes meant a meal of water and apples.

Kobi Shimoni, a popular Israeli rapper better known as Subliminal, asked Shyne at the Jerusalem event if he was thinking of collaborating with local performers. The rap star replied that he had not yet made music in Israel and plans to record a new disk (his sixth) in Europe, to debut after Passover. “But I’m definitely interested in working with talented Israeli artists, whether they be rappers or rockers, in the future.”

He also asserted that he “absolutely will be performing in the Arab territories. I’m all-inclusive. Ishmael was Isaac’s brother. My thing is to work with whoever is a champion for justice.” 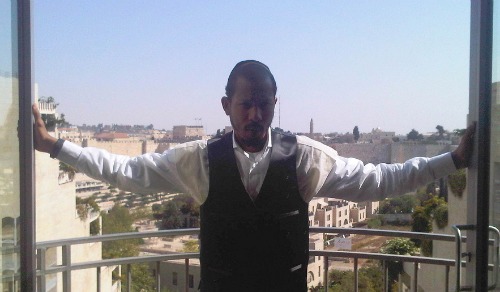 Shyne – or maybe it’s Moshe Levi – revealed that he will pick up the tab for a group bar mitzvah for Ethiopian boys in Beit Shemesh, through the Institute for the Advancement of Education in Jaffa. Aware that the color of his skin might make him a paradigm for these kids, he wants to model a strong connection with God as a pathway to success.

“When I perform a concert and make money, that’s money I can give to charity,” he said, “not just to Ethiopians but also to Russian kids and all the disenfranchised in Israel who need more help than they’re getting. I want to use my art as a platform to be the champion for all people who are suffering.”

More than that, he continued, “I want to be a role model for all good men. But Jewish men have to be the best that we can be so the rest of the world can follow us, you dig?”

Doing more than is required

Left with unresolved “issues” from his checkered past, Shyne said he still sings from a place of pain, but strives “to find the light within my darkness.”

This is why he chose to embrace a Hasidic approach to Judaism and spends hours in prayer and study every day. 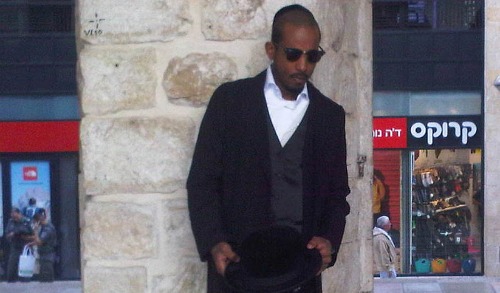 He related that Talmudic sages refer to his “ultimate role model,” King David, as a Hasid, “and that means doing more than is required. I’ve done so much damage to the universe, hurt so many people, that I have to do a billion times more to even the score, to build my credit line in shamayim [heaven].”

His ambitions are sky-high as well.

“I want to be one of the most successful entertainers that ever walked the face of the earth so I can be one of the greatest contributors to humankind, and it won’t be easy. So that’s why I gotta be a Hasid: I gotta do more because I want more. I’ve got big dreams, man, and being a Hasid is the only way for my dreams to come true.”