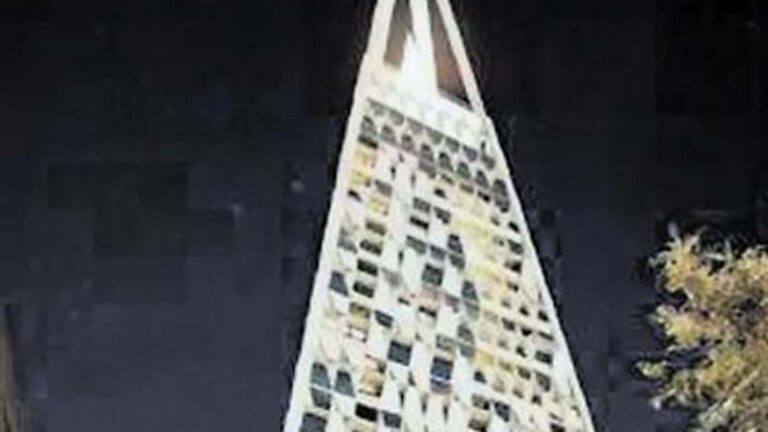 A new high-rise building called the Freedom Pyramid will change the face of Jerusalem’s downtown area. The project, conceived by architects Daniel Libeskind and Yigal Levi, will see a multi-purpose tower comprising commercial shopping and residential units atop the old Eden theater.

The idea for a high-rise at this location, adjacent to Mahaneh Yehuda market, first hit headlines in 2011. But a Jerusalem municipal committee only now approved the construction.

“We want to bring to the city center the revolution that Mamilla spurred in its area,” Levi told Haaretz. “There are a lot of new projects in the city center, but they don’t create a meeting place where people can linger and meet. We are a one-minute walk from the King George Street-Jaffa Road intersection, very close to the Mahane Yehuda market and close to Nahlaot. Daniel (Libeskind ) managed to open up the project in all directions, and created a new network of links to the surrounding streets. If you add to this his unique design, you will see that something very good for the city center is happening.”

The new project is reported to be spread across 35,000-square-meter (376,735 square feet) and will include 180-200 luxury apartments, a boutique hotel, rooftop restaurant, retail stores, and an outdoor public plaza.

According to a Times of Israel report, the skyline of Jerusalem is being altered by a number of ongoing projects including Chinese-American architect I.M. Pei’s new tower in the Etz Haim complex on Jaffa Road; four towers in planning stages for Jaffa Road, near the old Shaare Zedek Medical Center; a tower on the site of the historic Mapai House near Jaffa Road; a tower at the Kiah complex in Davidka Square; two 16-story towers, one a hotel and the other for offices, near the Plaza Hotel on King George Street; and a residential high-rise building in the Seidoff Complex near Mahaneh Yehuda market.

The question remaining to be answered is whether these new projects will flow or clash with the city’s urban landscape.