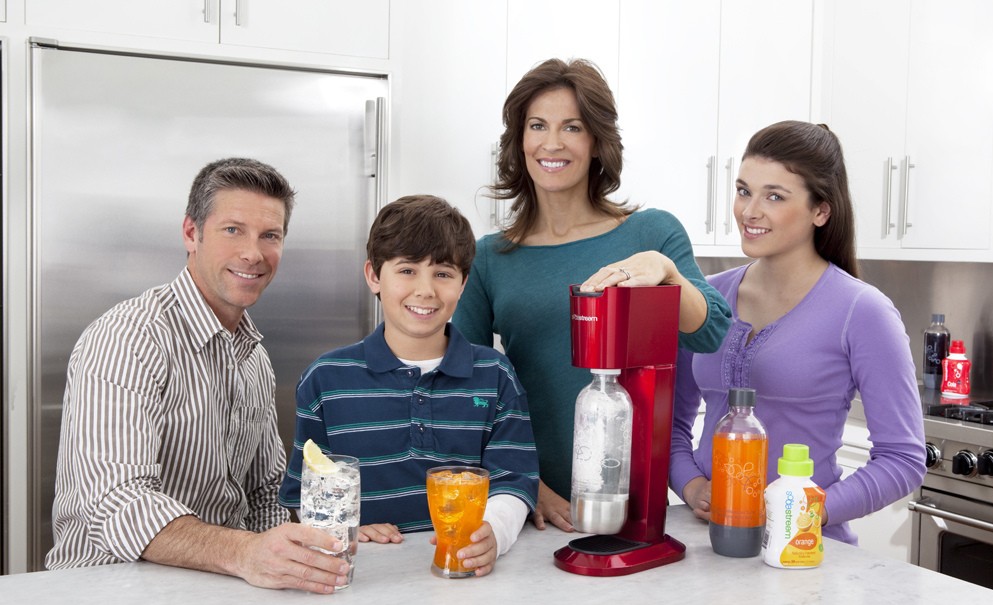 SodaStream's products are available at more than 60,000 retail stores in 45 countries around the world.

At the dawn of the 20th century, the British royals were privy to a spiffy new system for infusing drinking water with carbon dioxide bubbles. It would take 53 years for SodaStream to reach commoners, and another 42 until it was acquired by an Israeli distributor and transformed into an international DIY product called Soda Club.

The brand really started to sparkle when it was taken over in 2007 by an Israeli entrepreneur with a Harvard Business School degree, and today the home carbonation system is sold by 40,000 stores in 41 countries. CEO Daniel Birnbaum tells ISRAEL21c that about four million households now have a SodaStream machine on the kitchen counter.

“We still have a long runway ahead of us,” says Birnbaum. “There are a lot more households out there.”

Jazzing up a blah brand

Birnbaum was perfectly happy at the helm of Nike Israel when fellow Harvard alum Yuval Cohen, managing director of Fortissimo Capital, asked him to check out a possible acquisition.

“When he told me it was Soda Club, I almost fell off my chair, because I thought the company was gone,” recalls Birnbaum, who had previously established Pillsbury Israel.

But after visiting the firm’s Airport City headquarters, he predicted that Soda Club was a sure investment. It had an existing sales base of close to $100 million in a product category that accounts for $230 billion of sales globally.

Making what he calls the quickest career decision of his life, Birnbaum left Nike and took on Soda Club, determined to push its envelope of potential. Because for all its modest success, the brand was as flat as week-old pop.

“It was losing money on operating expenses. The management had little passion or optimism, no growth strategy, no new product pipeline, no new market development. I asked about their plans for markets like Russian and the U.S., and they had no answers.”

Just four years later, having rebranded the system with its old name and a new logo, Birnbaum has added 24 countries to the marketing mix and even relaunched it in the UK with its original commercial jingle, “Get busy with the fizzy.”

In the United States, where Soda Club was strictly Web-based, SodaStream is now available in mega-retailers including Williams-Sonoma, Macy’s, Bloomingdale’s, Sears, Kohl’s and Bed, Bath & Beyond. A native New Yorker living in Israel since he was seven, Birnbaum understands the American market well thanks to his education and a stint at Procter & Gamble. 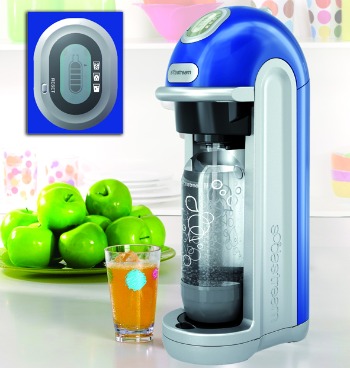 A blue Fizz machine, the newest soda maker featuring an interactive digital reader that shows you how much CO2 remains in your cylinder, and how much CO2 you are pumping into your drink.

In November last year, SodaStream’s initial public offering on NASDAQ turned out to be the eighth largest Israeli IPO ever in the United States and Israel’s biggest IPO in 2010.

“When we rang the closing bell on our first day as a public company, the vice chairman of NASDAQ announced that we are an Israeli company, and I just glowed,” says Birnbaum, who lives in Tel Mond with his family.

The CEO likes to talk about five benefits of SodaStream: convenience (“You don’t have to carry bottles; you simply turn tap water into soda”), cost (“A soft drink produced by SodaStream is much cheaper than the traditional beverage”), health (“More people are switching to low-calorie, low-sugar, low-sodium food and drinks, and the company’s beverages answer that need”), environmentalism (“Our products don’t require storage and don’t damage the environment like plastic bottles”) and fun (“We call it a ‘happy’ product”).

Not all these angles were evident at first.

“The environmental aspect was something I didn’t see right away,” he admits, “but it is one of our most important marketing elements. Our reusable bottles eliminate the need for all the packaging used for soda bottles and cans.” Every year, some 311 billion bottles and cans enter the waste stream — 140 billion in the US alone.

SodaStream bottles are safe to use for up to 50,000 liters, and the flavor concentrate containers — 100 varieties, all produced at an Ashkelon factory — are recyclable. The machine itself is entirely mechanical and doesn’t need electricity or batteries.

Municipalities including Vienna, Dresden, Munich, Venice and Trento (Italy) enclose SodaStream coupons in utility bills and sell the machines as a way of promoting municipal water and conservation.

Though just three percent of the company’s sales are made in Israel, the Ashkelon factory and another in the industrial park at Mishor Adumim in the West Bank are an integral part of SodaStream’s 14 manufacturing facilities. The others are in Germany, Australia, South Africa and China. 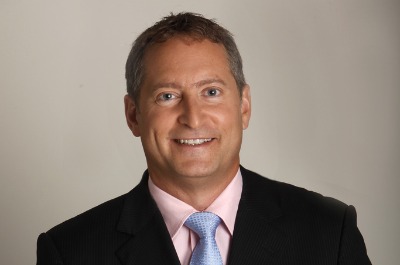 CEO Daniel Birnbaum with the product he helped turn around.

Due to the controversial location of the soda-making machine plant in Mishor, some European retailers prefer to receive their products from other countries or (unsuccessfully) pressure Birnbaum to print “Made in Palestine” on packaging.

In response, he has opened the Mishor factory to “social audits” four times. Representatives of European retailers are invited to tour the facility and speak with its 650 employees — Israeli Jews, Israeli Arabs, Palestinian Arabs, Bedouins, Russian and Ethiopian immigrants as well as Darfurian refugees — all protected by Israeli labor law and receiving social benefits and a hot meal daily.

Each spring, Birnbaum invites the public to a festival showcasing the diversity in the facility, complete with employee-created booths displaying aspects of different cultures from dance to art.

“The minimum wage here is four times higher than the Palestinian minimum wage, and the Palestinian Authority offers no social benefits,” Birnbaum says. “These people are delighted to work for us. It’s ironic when our European friends ask for us to shut down.”

The luxe Crystal model, featuring a glass carafe, received a 2010 Green Good Design Award from the European Centre for Architecture Art Design and Urban Studies and the Chicago Athenaeum: Museum of Architecture and Design. The Pure model got a 2008 Red Dot Design Award at an international competition held in Singapore. Pop designer Karim Rashid even fashioned limited edition SodaStream machine in what he calls a “future retro” style.

In-store demos, celebrity endorsements, television and Internet advertising are all part of Birnbaum’s management vision “to make our brand hot, desirable and understood.”

“Israel is used to bringing technology to the world, but usually that’s something ‘hidden,’ like a software application or a microprocessor, while we’re sitting out on the kitchen counter in four million homes. I’m very proud to bring innovation to the world from Israel,” he says.