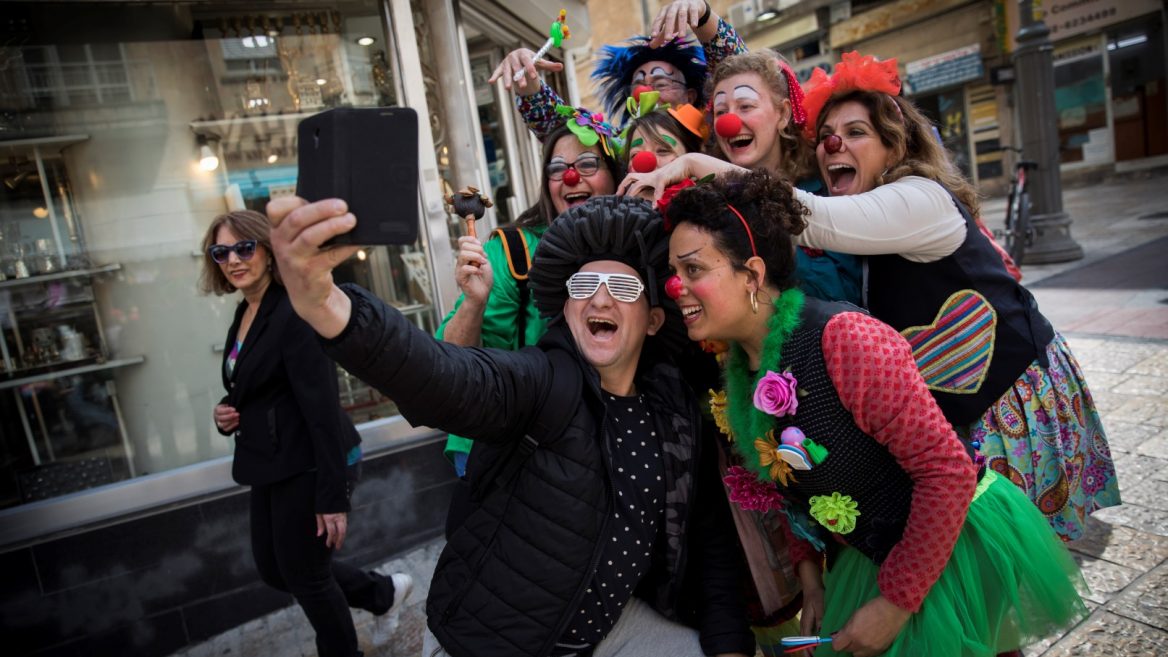 Costumed Israelis in central Jerusalem ahead of the Jewish holiday of Purim. Photo by Yonatan Sindel/FLASH90

An electric skateboard version of the Titanic won over the Internet for Purim 2017. But Trump lookalikes, Zombies and an array of other colorful characters also made lots of folks smile during this year’s Purim festival.

The Purim holiday is a time of celebration and also a time for self-expression. Israeli creativity is at its best as children and adults dress up for the holiday.

Aviram Carmeli, of Tel Aviv, dressed up as Leonardo DiCaprio and Kate Winslet – stars of the “Titanic” movie — and rode through city streets on an electric skateboard that looked like the ill-fated cruise ship.

This was actually the second time Carmeli hit online fame for Purim. Last year, he converted his electric skateboard into a flying carpet and donned an Aladdin costume while riding through the streets of Tel Aviv.

The city of Tel Aviv-Yafo hosted its annual Purim Zombie Walk and Purim Street Party over the weekend and residents came dressed to the nines.

Purim celebrated by all. A wheelchair turned into F-35 in Tel Aviv holiday parade. pic.twitter.com/pK6d4z9JeT

Zombies in Tel Aviv? No, it's not a new horror flick – it's a celebration of the Jewish holiday of Purim pic.twitter.com/zI7yzjoDan

US President Donald Trump was a favorite costume this year among children and adults. He was also the star caricature of the Holon Adloyada Purim Parade.

Purim in #TelAviv is basically #MardiGras. What are YOUR plans? https://t.co/e42WqLsByg pic.twitter.com/4ggaucdUA3

Apparently the Trumps are in town (photo by olgaalter) @POTUS @realDonaldTrump pic.twitter.com/LKhAgAcf7v

According to Jewish tradition, Purim celebrates the events described in the biblical book of Esther, in which Queen Esther and her cousin Mordechai help the Jewish people in the ancient Persian Empire triumph over the evil court official Haman and his plot to kill the Jews.

And while many go to synagogue to hear the reading of the Purim story (megilla), it has become customary to take part in week-long celebrations that range from parties to parades to just good ol’ dress up fun. 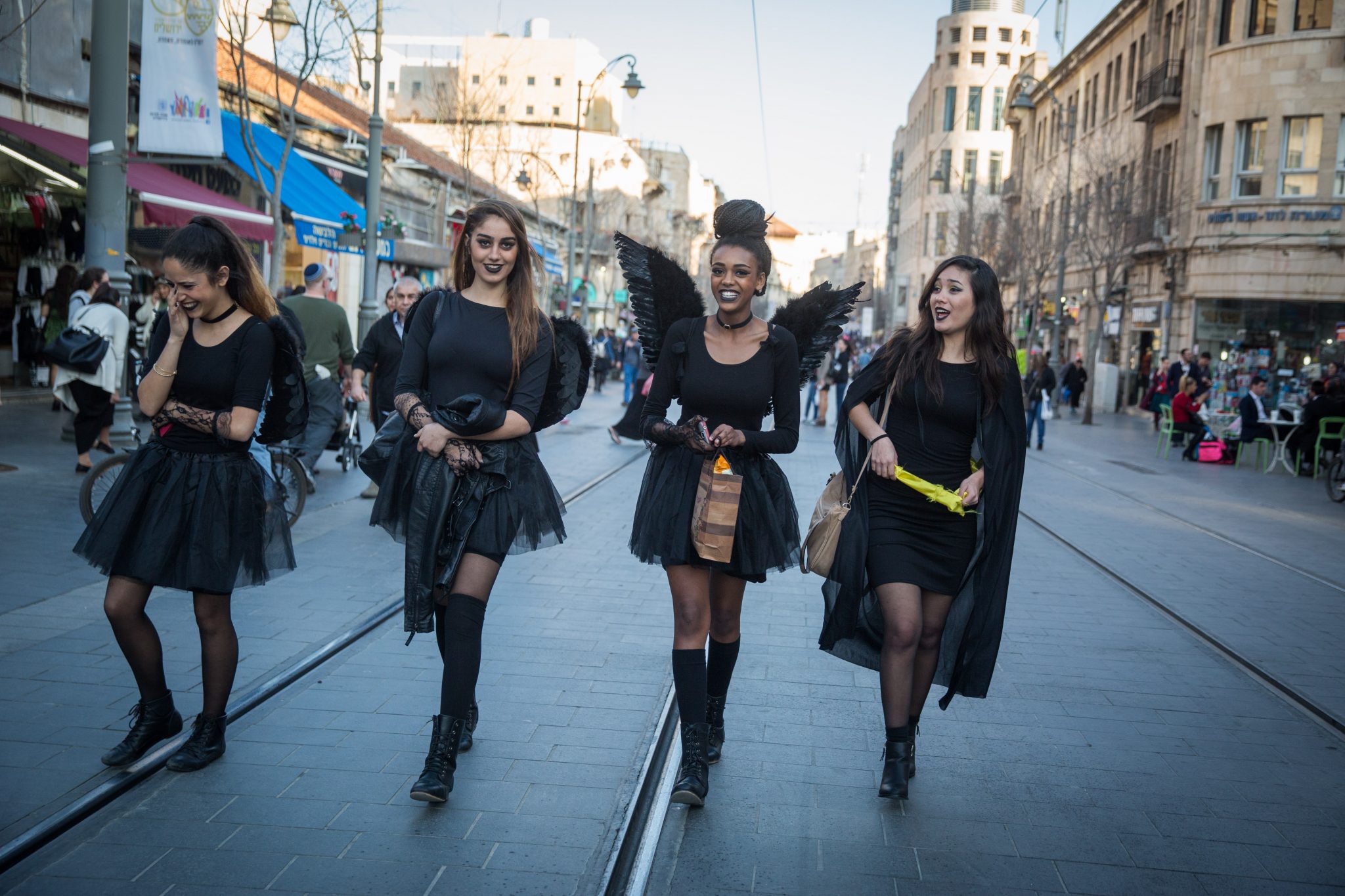 Israeli girls in costumes on March 8, 2017, walking in Jerusalem ahead of Purim. Photo by Hadas Parush/FLASH90

As such, you can find waiters and bus drivers and doctors and store clerks working in costume.

Posted by StandWithUs on Saturday, 11 March 2017