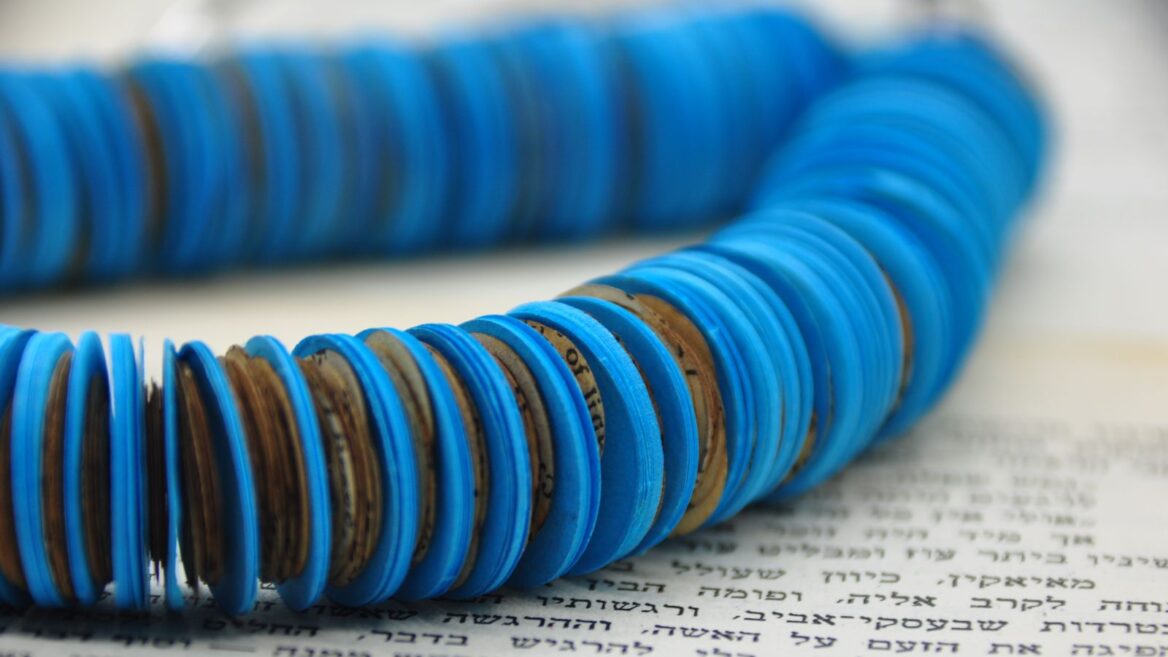 A piece of jewelry comprised of old books and colorful paper made by Israeli artist Hedva Klein. Photo: courtesy

Remember being told as a child that books mustn’t be thrown away? Well, so does Hedva Klein.

But instead of letting them pile up all over the house out of guilt like the rest of us, she does something pretty amazing with them, turning them into necklaces, bracelets and earrings with a little extra meaning.

“I retired about a decade ago and was looking for something to do,” Klein tells ISRAEL21c. 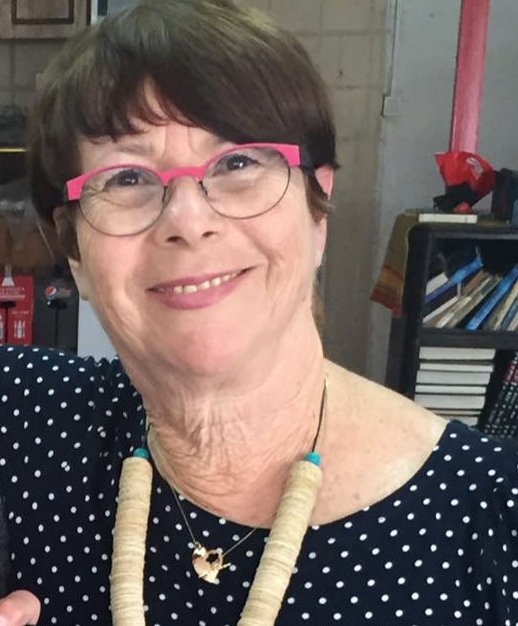 “I’d been doing crafts my entire life. As a child, we were taught knitting, weaving, sewing and embroidery at home and at school, so this whole thing wasn’t strange to me.”

The former education professional had lots of books at home.

“I didn’t really know what to do with them. I gave some away to my friends, and some more to others who wanted them. I was still left with a lot of books.”

An internet search about five years ago led her to the notion of creating jewelry from paper.

“I was just making and wearing them and then people began inquiring,” she explains. That’s when she decided to give it a try as more than a hobby.

Klein’s one-of-a-kind necklaces, bracelets and earrings are fashioned by cutting pages into little round or oval-shaped discs and stringing them together on leather string alongside colorful, often recycled, paper and a few beads. 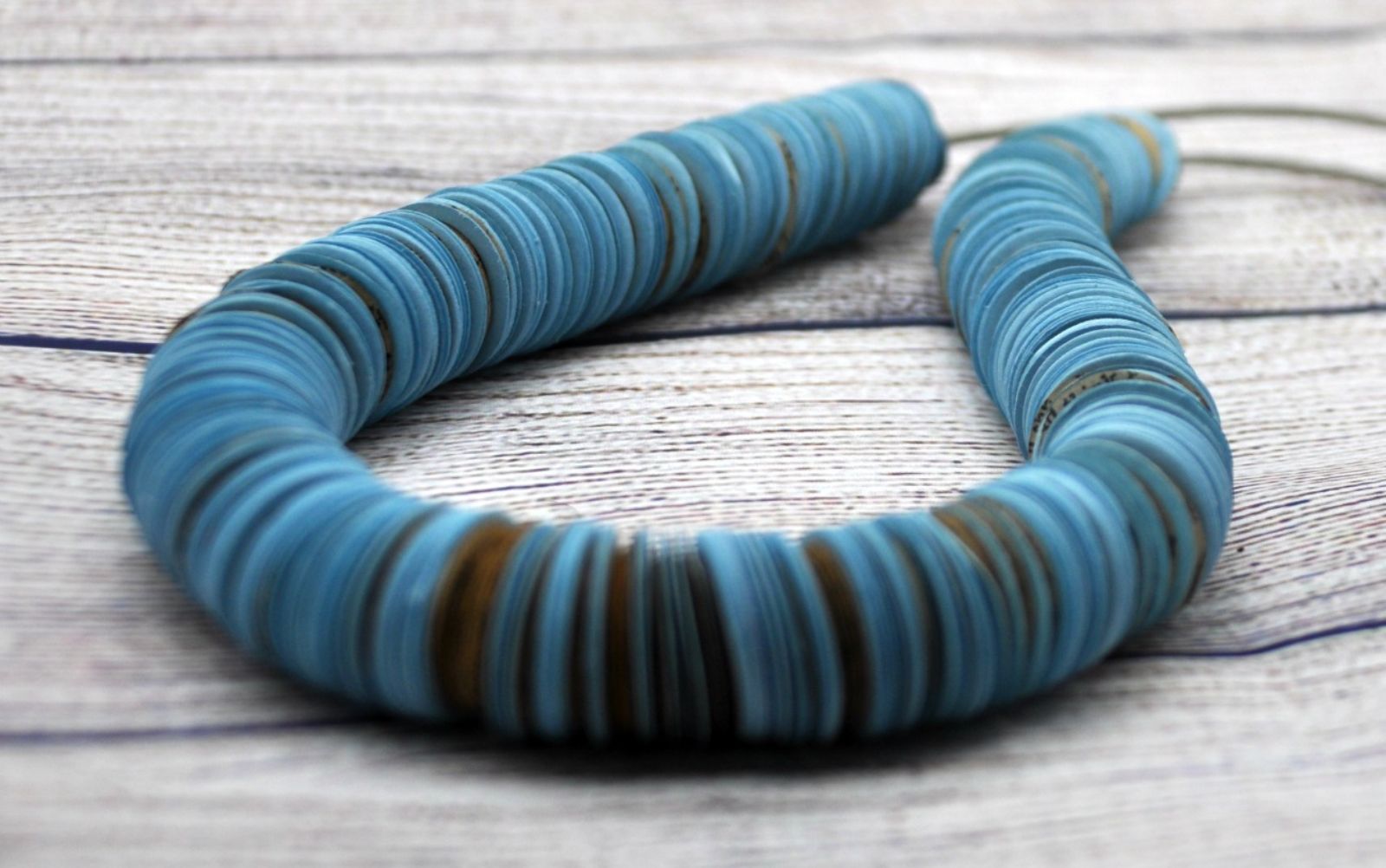 The jewelry is fashioned by cutting out the books into little round or oval-shaped paper discs. Photo: courtesy

“First of all, I really love the old, yellowing books because they create the texture,” Klein says. “I don’t like using the new ones that are whiter. I use them, but less so, when I want to make black-and-white jewelry.” 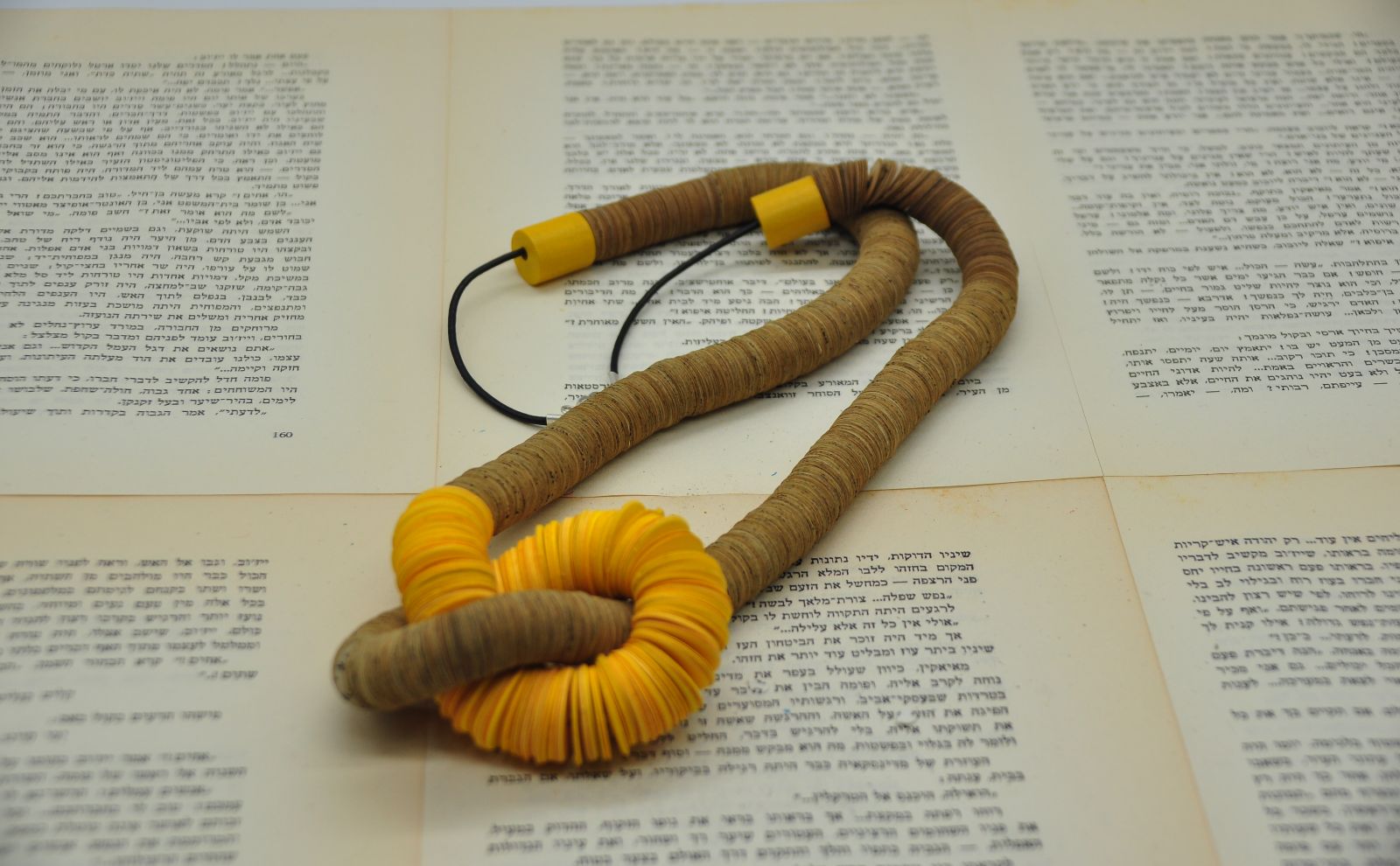 She uses any books that she can lay her hands on, except for religious texts. “I don’t touch those because I have some form of respect toward them and there are plenty other books that can be used.”

Klein has made jewelry from Hebrew, English, Russian and Arabic texts. Sometimes the piece is made up of one language and sometimes from a few strung together.

Usually, the jewelry is composed from a mixture of old books. But if only one book is used, the final piece is named after it.

Sometimes, Klein says, customers ask her to make them or their loved ones a piece out of their favorite read – that is, providing they have an extra copy of it lying around. 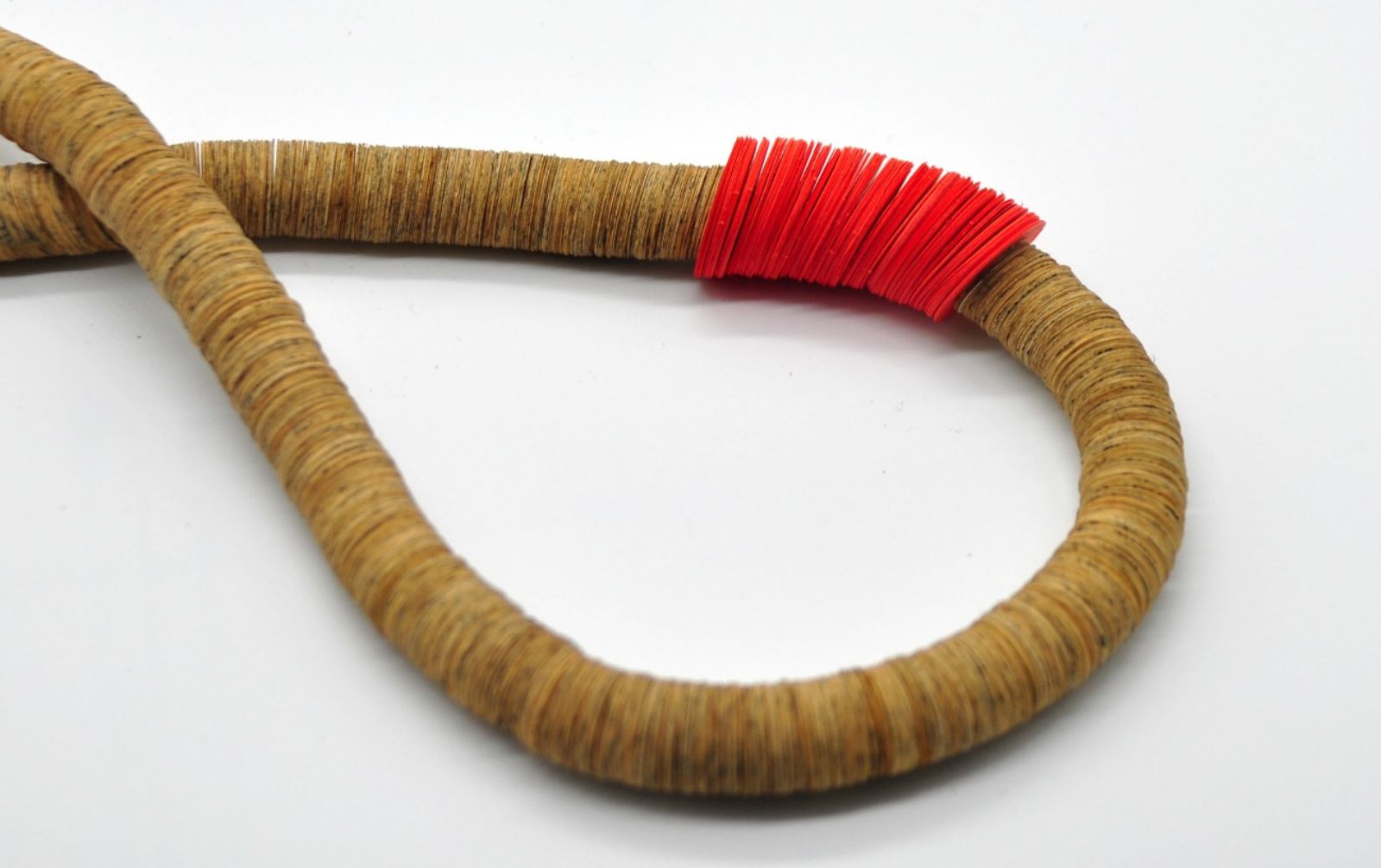 Hedva Klein’s jewelry is usually made from a number of old books. Photo: courtesy

In corona-free times, Klein sells her jewelry at the Art 192 gallery in Acre, an initiative she founded with another nine craftswomen from Israel’s north – Klein is from Haifa – to showcase and nurture local talent.

While the gallery is closed, Klein and other Galilean artists are offering their wares on an online marketplace launched by the Jewish National Fund. Supporters and donors in the United States can buy Israeli products and have them shipped over in order to help keep the businesses afloat.

Klein also sells her jewelry on the Etsy website under the brand name MyPaperTale.

Asking Klein what her favorite book is elicits a long laugh.

“What’s my favorite book? There’s a few. I mostly really love my old children’s books that in the meantime I’m not touching: Heart and The Little Prince. They’re still on the shelf.”