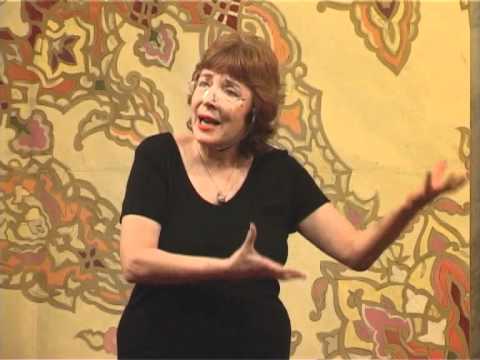 “How do we take a legacy from the past and transform it into something positive for the future?” asks Dalia Eshkenazi Landau, a teacher, counselor and animal rescue volunteer who lives in Jerusalem.

For Landau, the answer is Open House Ramle, founded in 1991. Its Center for the Development of the Arab Child provides educational and social opportunities to Arab children and their families, and its Center for Jewish-Arab Coexistence serves as a place of encounter and cooperation between Jews and Arabs in the Ramle-Lod area.

Open House operates in her childhood home. In July 1967, when she was 19, Landau met and developed an ongoing relationship with Bashir Al-Khayri, son of the Arab couple that had built the house and lived there until Israel’s 1948 War of Independence. Landau’s father had bought it from the state after the war, unaware of its history.

Sandy Tolan’s book The Lemon Tree documents the story of the Eshkenazi and Al-Khayri families and the house they each considered home. Landau talks about it in a recently posted TedX Tel Aviv presentation.

When she inherited the house, she consulted with Al-Khayri about how she might use it in a constructive way, Landau tells ISRAEL21c. 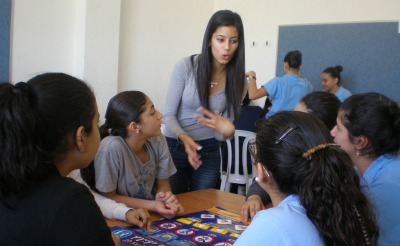 “Bashir wanted it to become a preschool for Israeli Arabs because he left it at age six,” she relates. “We wanted the house to serve as a coexistence center, since it was clear to us that peace begins at home. It fell on me, my ex-husband Yechezkel Landau and our local and overseas partners to fulfill that dream.” 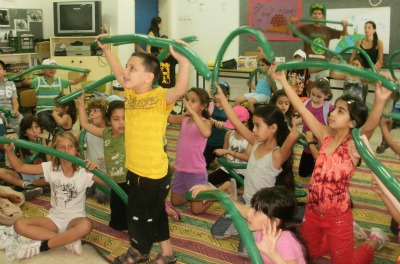 Al-Khayri wasn’t able to help. After spending 15 years in prison for his role in a Jerusalem supermarket bombing, he was then arrested for incitement in December 1987 and was deported to Tunis and then Jordan, returning to Ramallah after the signing of the 1993 Oslo Accords. He and Landau kept up a frank correspondence during his exile. Her “Letter to a Deportee” was published widely in 1988.

Nevertheless, she kept her pledge to start the first day-care center for Arab children in Ramle, a mixed city of 66,000 of whom 22 percent are Arabs.

“We started with four children,” Landau says. “It was all an act of faith. Everyone thought we were completely crazy. It took time to gain the trust of the community.”

The joy of the encounter

The Center for the Development of the Arab Child now also offers tutoring for elementary school pupils, computer classes and a telecommunications training course for Arab women. 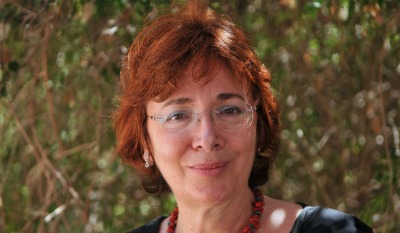 Open House preschool “graduates” volunteer at the camp and in school programs, and have represented the organization at youth conferences in Japan, Tanzania and Geneva.

“When young Arabs and Jews get together, they experience the joy of the encounter in a very short time, just like young people everywhere,” says Landau. “Each person becomes a doorway through which the other is welcome to enter the world of an individual, who necessarily is also part of a community.”

A few years ago, Dutch friends invited a group of Jewish and Arab youth from Open House to help rehabilitate a synagogue unused since the local Jews were deported to death camps during World War II.

One of the Jewish teens told Landau that “there was this rush of light” as his sledgehammer broke a wall covering the original window of the synagogue. “It meant a lot to me that my Arab friends were with me at this moment … because I was not alone with my rage and pain,” he related. “It would not have been the same being just with my Jewish friends because we feel alone with this pain. We think that ‘strangers’ cannot understand.”

The work begins in the heart

Last May and June, Open House sponsored a leadership course for nine Jewish and nine Arab (Christian and Muslim) participants at an integrated bilingual school in Jerusalem, in cooperation with Kolech: the Forum of Religious Jewish Women and the Interfaith Encounter Association.

The women visited Open House in Ramle as part of their itinerary, and have chosen to continue meeting since the course ended. Landau reports that Lamis Salman, a participant and Open House nursery school teacher, invited the group to her home for a Chanukah/Christmas party.

The work of Open House inspires people the world over. Members of a synagogue in Colorado recently started creating postcards from artwork made in the Peace Camp and nursery school. They are also raising funds for Open House through a dialogue group with local Christians and Muslims.

“We in the Middle East tend to feel profoundly discouraged by this conflict which has been going on for over a hundred years,” says Landau. “We may feel helpless and ask how we can hope to make a difference in a situation which seems to become more entangled all the time.

“As I see it, the work begins in the individual heart. We stretch our hearts, throughout a lifetime, a little more and yet a little more, to include in empathy that particularly irritating next door neighbor whose behavior is absolutely unacceptable. It is my firm belief that what comes from the depths of the heart — my heart, your heart, our hearts — is what will make the real difference on the ground.”

UNCOVER ISRAEL - Get the ISRAEL21c
Weekly Edition free by email
Sign Up Now!
Bring Israel's story to life.
Millions of people around the world rely on us to gain a deeper understanding of Israel. We are the trusted source for original content you won't find anywhere else.
You can make a difference. Donate today to support journalism that brings Israel’s story alive.
SUPPORT ISRAEL21c
Read more on:   Coexistence, Social Action