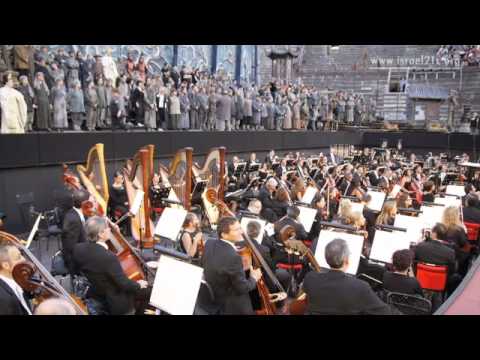 The sounds of opera will resonate among the stones in significant venues in Jerusalem and Masada for 11 days in June.

The Israel Opera’s second annual Opera Festival, scheduled for June 1-11, will bring dulcet sounds to ancient venues such as the Tower of David, a second-century citadel in the Old City of Jerusalem. It’s expected to be a major tourist draw. 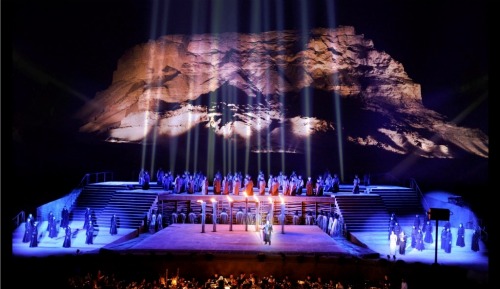 Israel Opera held its first festival at the foot of Masada in the Judean Desert, last year.

Last year, 4,000 tourists came to Israel for the inaugural festival held last year at the foot of Masada in the Judean Desert, says Hanna Munitz, director of the Israel Opera. “This proved to us that we can make our historic and archeological sites an asset.”

This year, Verdi’s “Aida” and “Requiem” will both be performed at a specially built outdoor arena at Masada, and the program has been expanded to give opera aficionados an inside view of several noted Jerusalem venues, including 10 churches.

“Something of the magic of the city goes into your body when you are singing here,” says Israeli Opera tenor Yotam Cohen.