In a world premiere this week, Israel launches open kitchen workshops, giving insiders and everyday folk a fly-on-the-wall experience in some of Tel Aviv’s best restaurants.

Open Restaurants is scheduled to begin today and run until March 1 at 70 different venues in Tel Aviv-Jaffa.

ISRAEL21c got a “taste” of what’s expected to become a global sensation.

Starting at Popina, one of Tel Aviv’s most celebrated new restaurants, our three-hour workshop began with shopping for local supplies. We met chefs Amir Tourgeman and Orel Kimchi, winner of the 2011 San Pellegrino World’s Best Chef Under 30 award.

They escorted our group to the nearby Carmel Market to buy spices and choice cuts of aged beef. They demonstrated how to select the finest fish, the sea drum – musar – caught that day. 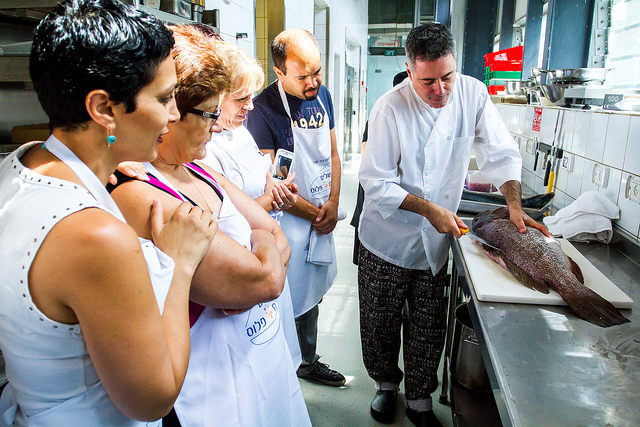 How to prepare fish.

Kimchi shared some market secrets: In the culinary world, the wild baladi eggplant variety found in the Arab communities in Israel is superior in taste to the common supermarket eggplant. Foreign workers from East Asia cultivated a local market in Israel for products like papaya and hot peppers. And Israel’s once tough kosher meat, salted and drained of blood, is now on par with tastes, textures and quality of some of the best meat in the world.

He showed us at the Meat Market, a hip new butcher shop run by an ex-lawyer, that locals understand and can now buy great cuts of meat. This wasn’t always the case.

Get fishy with it

Over at Shabtai’s Fish, which stocks fish from local fishermen, Kimchi showed the group how to spot a winning catch every time.

“Look at the skin. Is it shining? Are the eyes clear and unglazed? But most important is the smell. If it smells like a fish, it’s fishy. A fresh fish should smell like the sea,” he says, taking a deep whiff.

With a couple of 10-pound fish in hand, we headed back to the restaurant to start cooking. The menu of the day called for five ways of preparing our fish. It would be cured, baked, steamed, slow-cooked and roasted, and we would learn all the tips for each variety. 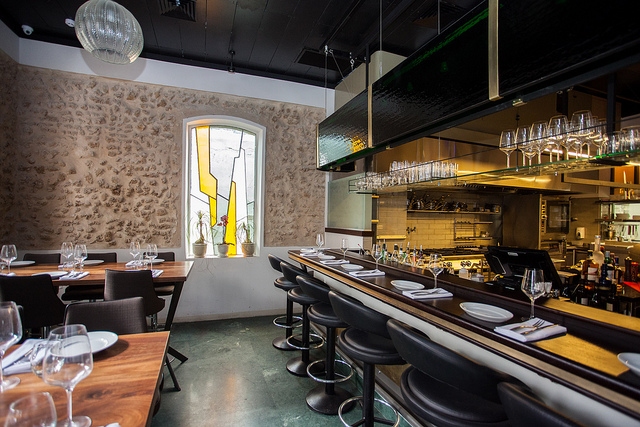 After showing us how to debone the fish with a set of knives more complex than a heart surgeon’s, Kimchi proceeded to dice up small slices of fresh fish into one of his signature dishes, “Gin Tonica” — or Gin and Tonic Tartare, as it appears on the menu.

The complicated dish starts with pea-sized pieces of sea drum tossed into a bowl with tiny cubes of Israeli cucumber, chives, red shallots, lemon, salt, pepper and olive oil. Tablespoons of this mixture are heaped onto a plate and topped with wasabi-flavored and lime-colored fish eggs.

Add to this cubes of gin jelly, solidified with kosher agar, and then crown it with a cucumber mousse given body with lecithin, and it only takes some slow-dried and crunchy black olive chips to make this masterpiece complete.

For some of us flies on the wall, the complexity was daunting, and note-taking declined precipitously as the red wine flowed. We may have given up on preparing these meals for our families, but learned that fish can have an infinite variety of tastes and surprises.

Open Restaurants was started by Meirav Oren, an events management specialist. Just after radiation treatments for breast cancer in 2012, she spent downtime with her husband at restaurants. 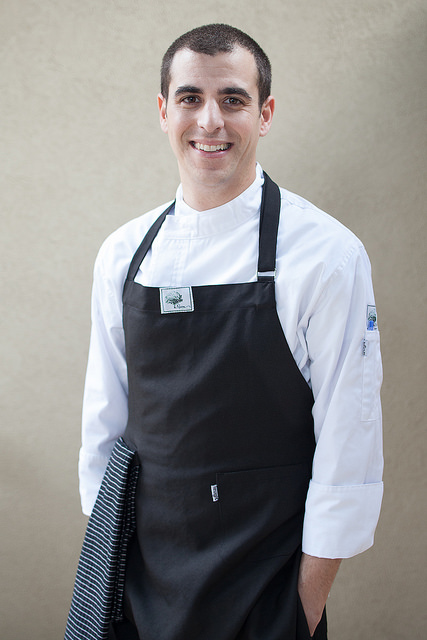 “We would sit down and look at this pretty plate, and I wondered: How did it get this way? I wanted to be a fly on a wall and understand [what goes on behind the scenes]. Now we are opening the doors of some of the city’s most interesting kitchens.”

Oren partnered with the organizers of Israel’s Houses from Within to understand how the franchise concept works. She wants eventually to branch the idea out into the world.

After details of Open Restaurants were publicized, spaces filled up fast. Some venues with tiny kitchens, explains Oren, can only host five people at a time. So they were the first to fill.

But the sheer variety of the Israeli cuisine will certainly keep the foodie’s curiosity inspired.

Local restaurants like Haj Kahil in Jaffa, for instance, will be sharing secrets about traditional Arab cuisine, while pizzeria Tony Vespa will host a pizza marathon. Ice-cream makers, cafés and some of the most loved restaurants in Tel Aviv signed on for the event.

Now is the time to be that fly on the wall.