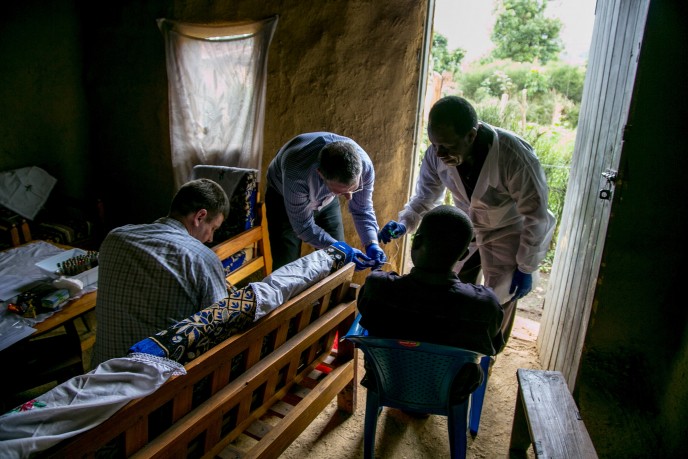 As the most severe Ebola epidemic on record spreads through central Africa, infecting and killing hundreds of citizens and foreign aid workers, and raising the specter of outbreaks all over the world, an Israeli research team is working with survivors to develop antibodies against the lethal virus.

Ebola, which causes hemorrhagic fever, is one of the deadliest viruses in the world. It kills up to 90 percent of its victims, while Marburg, a similar virus, kills up to 88%.
Ebola can be spread through sweat and saliva and there is no vaccine or cure. In the latest outbreak, the worst ever, more than 670 people have died, including Americans.

“Currently we’ve tracked all Ebola and Marburg virus survivors in Uganda, studied their immune responses to these viruses and identified survivors with a strong immune response,” he says. “We take blood samples from them and isolate monoclonal antibodies that neutralize the virus in our lab here at Ben-Gurion.”

Yavelsky and Lobel’s therapeutic approach was proven as a successful potential treatment by their colleagues in the US military, and at several other laboratories. This approach is regarded as the most promising way to prevent Ebola and Marburg, and it could be available within five years.

Lobel travels to Africa about five times a year. “We have set up a base laboratory in Entebbe, with our Ugandan colleagues, so that we can process human blood samples in under 12 hours from the time of collection, which is required for our work. After the samples are tested and deemed to be non-infectious, we ship them to Israel and our team here develops antibodies from the samples,” Lobel says.

With funding from the US National Institutes of Health and other resources, Lobel’s lab is now getting ready to test its human monoclonal antibodies in mice and non-human primates. This will be performed abroad because no live virus research is permitted in Israel.

“We have a five-year plan and I believe we could have proof of concept with human monoclonal antibodies in monkeys in three to five years,” Lobel predicts. “If we can prove it in two animal models we can eventually use it in humans.”

He notes that the work being done at Ben-Gurion University is essential, since there are few studies on survivors of Ebola and there is no effective treatment thus far.

“We’re quite advanced in terms of studying the immune response in survivors in central Africa to develop a prophylactic and therapeutic [approach],” he tells ISRAEL21c. 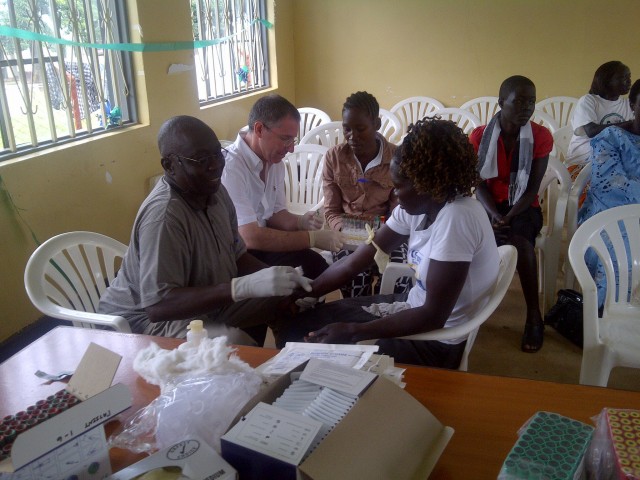 The Israeli company Vecoy Nanomedicines is developing a biomedical technology platform that tricks a virus into “committing suicide,” a tactic that could neutralize viral threats like Ebola, hepatitis and HIV. However, Vecoy’s Dr. Eitan Eliram tells ISRAEL21c that Vecoy has not yet found sufficient funding to go forward.

Several other experimental vaccines and therapeutic approaches to Ebola and Marburg – mostly in the United States and Canada – are in various stages of development.

The current outbreak was noticed last February in Guinea, a country that is normally outside the usual ecosystem for Ebola, according to Lobel. At the end of March, the US Centers for Disease Control sent a team to assist Guinea Ministry of Health and World Health Organization (WHO) in formulating an international response to the outbreak that is now affecting other African countries including Sierra Leone, Liberia and Nigeria.

Poor compliance with health authorities and many customary practices are thought responsible for the rapid spread of the virus. Because of international travel, however, the Ebola specter hangs over much of the world. Accordingly, WHO has been holding emergency coordination meetings in several countries, and nations such as Liberia are sealing their borders and establishing screening centers. The most affected areas are imposing quarantines.

As of the end of July, Nancy Writebol and Dr. Ken Brantly, two American aid workers stationed at a Liberian hospital, tested positive for the Ebola virus.