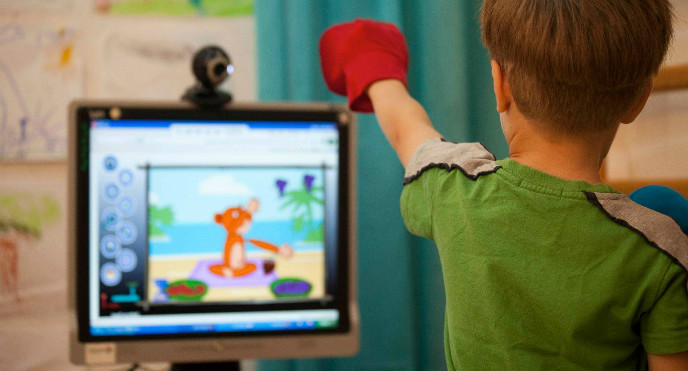 In keeping with Israel’s lead in developing tools to assist the disabled, the Tel Aviv-based startup Timocco  — which has created an on-line gaming platform for special-needs children — is making welcome strides internationally.

Established in 2009 by Israeli occupational therapist Sarit Tresser and motion-tracking engineer Shai Yagur, Timocco recently announced that it was granted a patent in the UK for its unique technology, perfectly suited for use by wheelchair-bound youngsters, or those who suffer from spastic cerebral palsy and/or other motor, cognitive and communication disabilities.

“Our games are not only attractive, colorful and safe, but they provide a wide range of developmentally appropriate challenges for kids working on acquiring a variety of skill sets,” Timocco CEO Eran Arden tells ISRAEL21c while demonstrating the software on his laptop.

He begins with an “easy” game involving the popping of virtual balloons with virtual thumb tacks. The user holds a lightweight foam ball in each hand. These “gaming balls,” one of which is green and the other blue (for tracking by the computer’s camera), act like joysticks for the user. In order to pop the balloons as they fall from the sky, the user needs to exercise skills such as hand-eye coordination, arm movement and concentration. 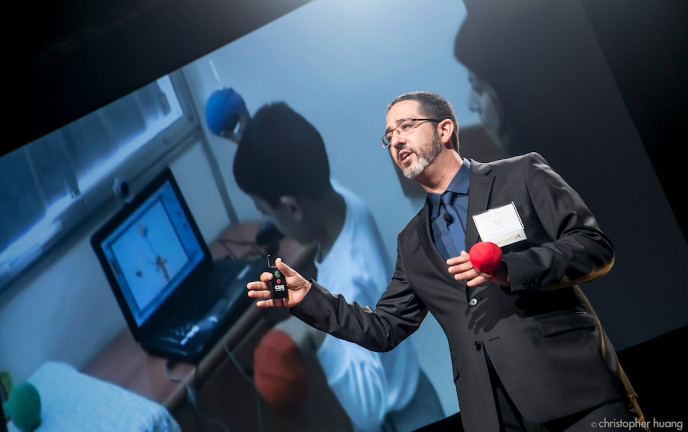 “But this is only one of more than 50 games,” says Arden, adding that the company, with a staff of 17, has been developing a new game nearly every month. So far, though the platform is in English, the games are available in Hebrew, Arabic, German, Spanish and Japanese.

Arden explains why Tomocco is different from similar technology on the market, such as WWE Games. Tresser’s dream an occupational therapist was to create a platform that was both therapeutic and affordable.

“While trying to motivate kids to practice certain motor and other skills through interactive computer games, Sarit found that they did not work for kids with special needs,” he says.

“This is because existing games map the acceleration between the beginning and end of a user’s movement. So a child who is limited in his range of motion — say, from the upper right side of his body to the lower left side — will ‘cheat’ by minimizing the use of his gross motor skills. In addition, the existing motion games are built to track a standard human skeleton; but special-needs children, such as those in wheelchairs, do not fit into that rubric.”

The price, too, is attractive, with a monthly subscription costing a mere $15 – less than one-tenth of other gaming platforms. It can be purchased by therapists for work in their clinics, as well as by individuals. So far, there are thousands of users in the UK and Germany.

And in Israel, two of the major health funds and several charitable organizations have bought subscriptions, the former for use by therapists with their patients, and the latter to provide gifts to children with special needs. 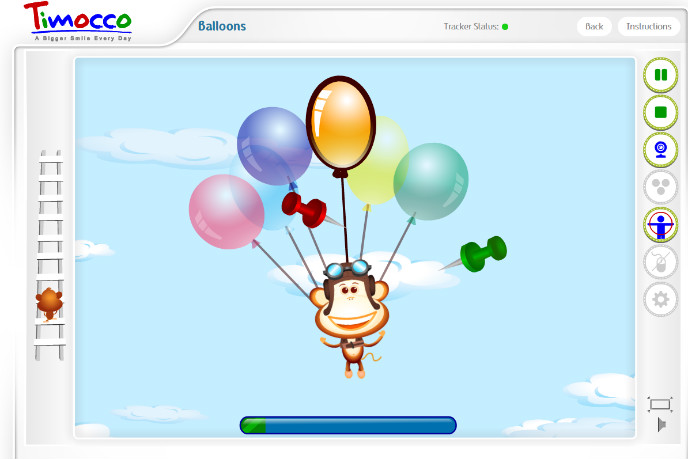 This pop-the-balloons game teaches skills such as hand-eye coordination, arm movement and concentration.

Each game works on the development of more than one skill. There are also different versions of the same game, with additional elements such as background music or other “distractions,” which increase the challenge of the tasks at hand.

But Timocco’s most impressive feature is its logarithmic ability to monitor the progress of individual users, charting the trajectories and functioning level of each game played, and hence the developmental improvement of each player over time.

It was this, among other characteristics of the educational tool, which spurred the Israel-US Binational Industrial Research and Development Foundation (BIRD) to approve Timocco as one of 11 projects to share $8.3 million in new funding. As a result of the BIRD grants, Timocco and the other 10 companies will be able to access close to an additional $15 million in private-sector money.

Prof. Ron Meron of the BIRD Foundation is enthusiastic about expanding Timocco’s target consumer base, both in terms of sales and where research and development are concerned. 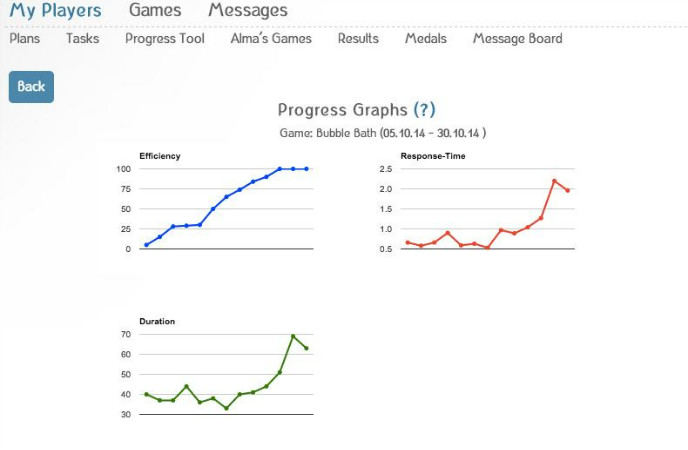 Parents or caregivers can track progress for each game.

“We have been trying to invest in projects that have positive social effects,” Meron tells ISRAEL21c. “The US State Department has been especially interested in promoting projects that can benefit the Third World where – as is the case in the West today — there is an increasing shortage of health professionals and caregivers.”

With the assistance of BIRD, Timocco is in the process of developing a platform, based on its current occupational-therapy model, for physical therapists and their patients. To this end, BIRD has teamed up Timocco with the engineering school of Brown University and the Hasbro Children’s Hospital in Providence, Rhode Island.

Arden estimates that Timocco will have the physical-therapy platform up and running within 18 months.