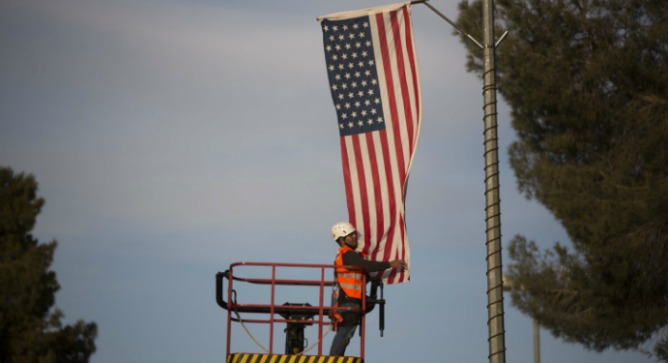 A Jerusalem municipality worker hangs an American flag near the President's House in Jerusalem on March 12 in preparation for the upcoming visit of US President Barack Obama. Photo by Yonatan Sindel/Flash90

To mark US President Barack Obama’s visit to Israel, Prime Minister Binyamin Netanyahu will give him a gift that is small in size but shows off Israel’s enormous high-technology expertise.

The gift – replicas of the Declarations of Independence of the United States of America and the State of Israel inscribed side by side on a nano-chip – was specially created by scientists from the Technion-Israel Institute of Technology’s Russell Berrie Nanotechnology Institute.

The replicas were chiseled on a gold-coated silicon chip on an area 0.04mm2 by 0.00002mm, using a focused beam of gallium ions, and affixed to a Jerusalem stone dating from the Second Temple period (first century BCE to first century CE).

“The unique gift symbolizes the main messages of the visit — the strong and deep state of bilateral ties, the link of thousands of years between the People of Israel and the Land of Israel, and the leading technological status of Israel’s research and development centers,” the Prime Minister’s Office said in a statement.

Aside from politics, a central theme of the presidential visit this week is Israeli-made world-changing technologies.

“Our goal for the visit is to emphasize two things: One is the deep and abiding connection between Israel and the US. The second is that we would like to present to the world the products of the future that originate in Israel and which will be used in many places around the world,” said Liran Dan, head of the National Information Directorate.

The American president will officially launch his Israel stopover with a photo-op at the Iron Dome missile defense system. The system – the unexpected hero of November’s Gaza rocket attacks on Israel – is being brought to the airport for Obama’s convenience.

The president will inspect three other missile defense systems: Magic Wand, still under development and designed against short and intermediate missiles; Arrow 2 against long-range missiles; and Arrow 3, still being developed.

Netanyahu will introduce Obama to three Israeli technology leaders of tomorrow: middle-school students Yarin Frenkel, Omer Zamir and Omer Shoshan, who won the 2012 RoboWaiter robotics contest in Connecticut for their robot “butler” designed to help the disabled. It has 18 engines, sensors, a compass and a camera, and features “human” qualities to help users feel more at ease with the technology. The boys, along with Technion experts, are now working to perfect it. 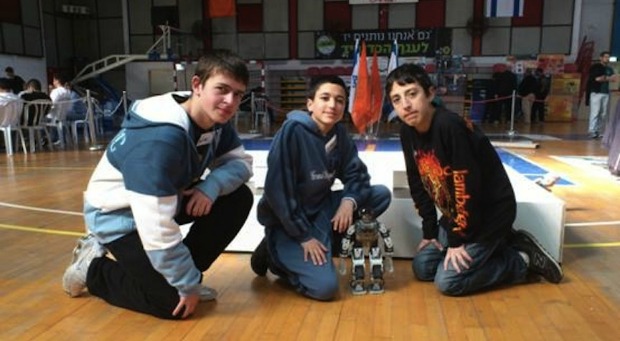 The startup nation is brimming with technology prowess ready to impress the president.

On March 21, Obama’s entourage will start the day at the Israel Museum in Jerusalem. He will view the Dead Sea Scrolls at the Shrine of the Book and then spend half an hour at a special exhibition, “Israeli Technology for a Better World.”

Chosen by a professional committee headed by Prime Minister’s Office National Economic Council Chairman Prof. Eugene Kandel, the products to be shown to Obama include:

ISRAEL21c was the first to report on this quasi-robotic ambulation system, which physicist Stephen Hawking called “one of the five most important machines for humanity.”

Mobileye: Developed in association with the Hebrew University, Mobileye’s pioneering Advanced Driver Assistance System (ADAS) has been implemented so far by BMW, Volvo, GM and Ford in over one million vehicles. Beginning in 2014, the system will become standard for new vehicles as per the standards set by Euro-NCAP.

Phinergy: The aluminum-air battery designed for electric vehicles will allow for a three-fold increase in travel range and a reduction in energy consumption. The system, based on research at Bar-Ilan University, also boasts zero CO2 emissions, full recyclability, safety and low cost.

ElMindA: ElMindA’s Brain Network Activation technology aims to revolutionize diagnosis, treatment and monitoring of Alzheimer’s disease and other brain disorders with its trademarked, non-invasive brain network activation (BNA) technology. One day, every psychiatrist and neurologist in the world may routinely use this groundbreaking technology in the office.

Snake Robot: Developed by Technion professor Alon Wolf, the snake robot is a search-and-rescue device designed to “crawl” through wreckage without causing additional structural collapses and provide vital information about the status of people who might be trapped or the location of hazardous materials. Each of the robot’s many links is comprised of engines, computer, sensors, wireless communication and batteries, and the snake “head” includes a camera. Wolf has also introduced another robotic snake, CardioARM, to cut down the need for open-heart surgery.

MinDesktop: Developed by Ben-Gurion University students under the supervision of Prof. Rami Puzis of the Department of Information Systems Engineering, MinDesktop is a thought-controlled, hands-free computer for the disabled that could enable people to operate a computer without using a keyboard or mouse — only their brainwaves. The BGU technology features a helmet equipped with 14 EEG connect points that sense brain activity. 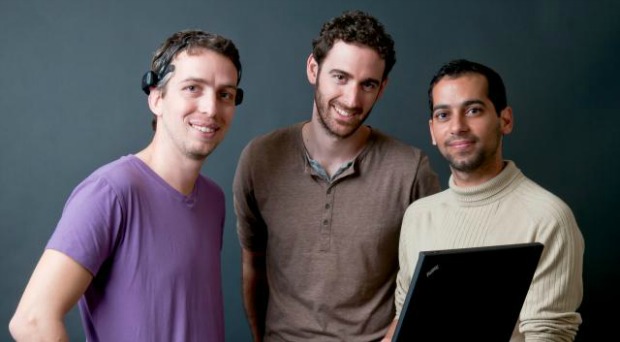 Dinner with a beauty queen

The president will spend just 50 hours in Israel but his schedule is chock-a-block.

The United States Embassy in Tel Aviv has been drumming up excitement for Obama’s visit. They released a video clip ahead of the historic visit, showing Israelis welcoming the president with a cardboard cutout.

The Embassy also held a contest for tickets to see Obama’s keynote speech Thursday at the International Convention Center in Jerusalem.

On the political front, Obama, who is the fifth serving US president to come to Israel, will hold bilateral talks with President Shimon Peres in Jerusalem. He will also take part in a festive ceremony at which Obama will plant a tree and meet three Israeli youth — a boy from a community near the Gaza Strip that has come under rocket fire; a girl participating in a science program named after the late Israeli astronaut Ilan Ramon; and an Arab girl from Jaffa.

Obama will then take part in a bilateral meeting with Netanyahu and hold a joint press conference.

Meetings on an empty stomach are never a good idea. Obama’s visit includes sampling the best of Israeli cuisine – first at a dinner at the Prime Minister’s residence where chef Shalom Kadosh, who also cooked for Carter, Clinton and Bush during their visits, will be in charge of the menu.

He will be hosted at a state dinner by President Peres, where he will receive the Presidential Medal of Distinction. Newly crowned Miss Israel, Yityish Aynaw, as well as some 120 senior politicians, artists, scientists and writers will dine with the president. Israeli musicians Idan Raichel, Rita and David D’or are in charge of the entertainment.

Finally, Obama will not go home empty handed. Sara Netanyahu has gifts for the whole presidential family: a silver Seder plate for the First Lady, to be used at the Seders the Obamas hold each year in the White House; pendants for their daughters; and a toy for their dog Bo.

UNCOVER ISRAEL - Get the ISRAEL21c
Weekly Edition free by email
Sign Up Now!
Bring Israel's story to life.
Millions of people around the world rely on us to gain a deeper understanding of Israel. We are the trusted source for original content you won't find anywhere else.
You can make a difference. Donate today to support journalism that brings Israel’s story alive.
SUPPORT ISRAEL21c
Read more on:   People, hi-tech, Israel trip, Barack Obama