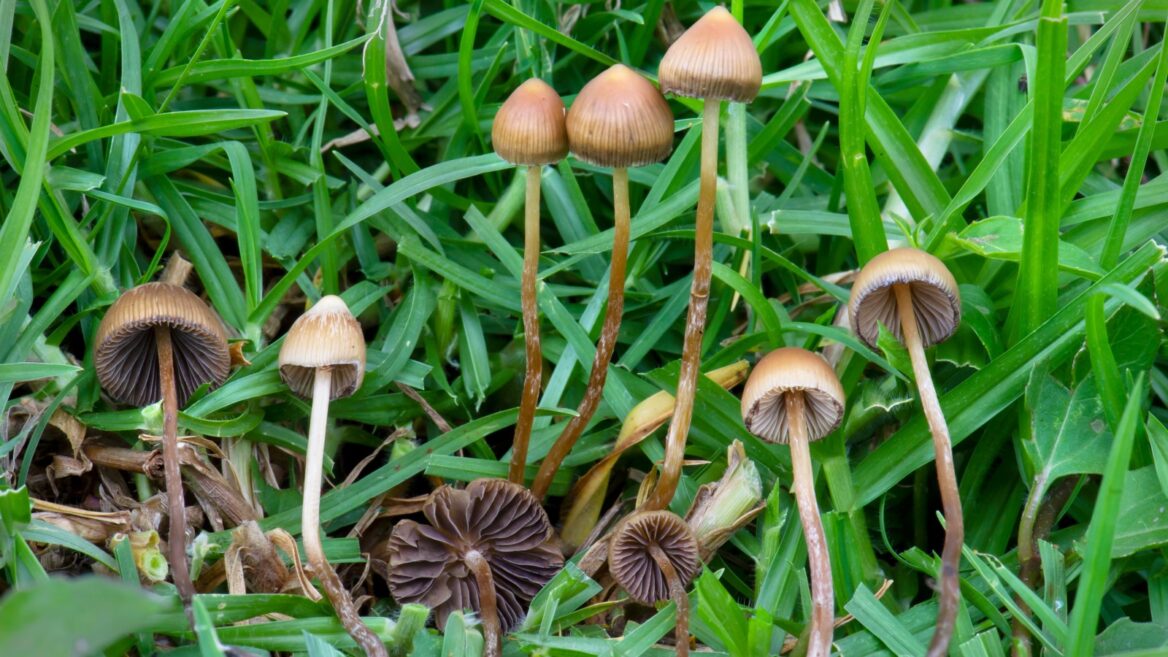 Psychedelic substances from psilocybin “magic” mushrooms may be useful in pharmaceuticals. Photo by Alan Rockefeller via Wikimedia Commons

“The world urgently needs a new way to treat mental health issues, and at PsyRx we believe psychedelics are a big part of the solution,” says Itay Hecht.

Hecht is CEO and cofounder of this Israeli company, which is developing standardized pharma-grade psychedelics from natural sources – not synthetics – as active pharmaceutical ingredients.

Using an agro-medical bioreactor invented at the Hebrew University Faculty of Agriculture, PsyRx produces psychedelic botanic extracts psilocybin (from “magic” mushrooms) and ibogaine (from the root bark of the iboga shrub).

Psilocybin has been shown to have positive effects in treating depression, anxiety and addiction, and has been suggested as a potential treatment for obesity, PTSD, cluster headaches and more.

Ibogaine has shown promise as an anti-addiction drug, among other indications. PsyRx is focusing on its potential to improve current SSRI (selective serotonin reuptake inhibitor) antidepressants.

“SSRIs have some very bad side effects on libido and appetite, and patients often stop using them. We believe adding a micro dose of ibogaine will counter those effects and make a better drug,” Hecht says, emphasizing that micro doses of psychedelic substances do not cause hallucinations.

“We are starting small animal trials soon to check safety and efficacy. Hopefully in a year’s time we can start human trials” to test this ibogaine application, he tells ISRAEL21c.

Adding psychedelics to mainstream drugs may seem a bit “out there,” but in fact it’s on trend.

According to market intelligence report CB Insights, funding for psychedelic medicine companies is growing rapidly as traditional pharma giants see declines in return on investment for drug R&D and are interested in exploring alternative products. Consumer interest in the hallucinogenic drugs also is growing, according to this report. 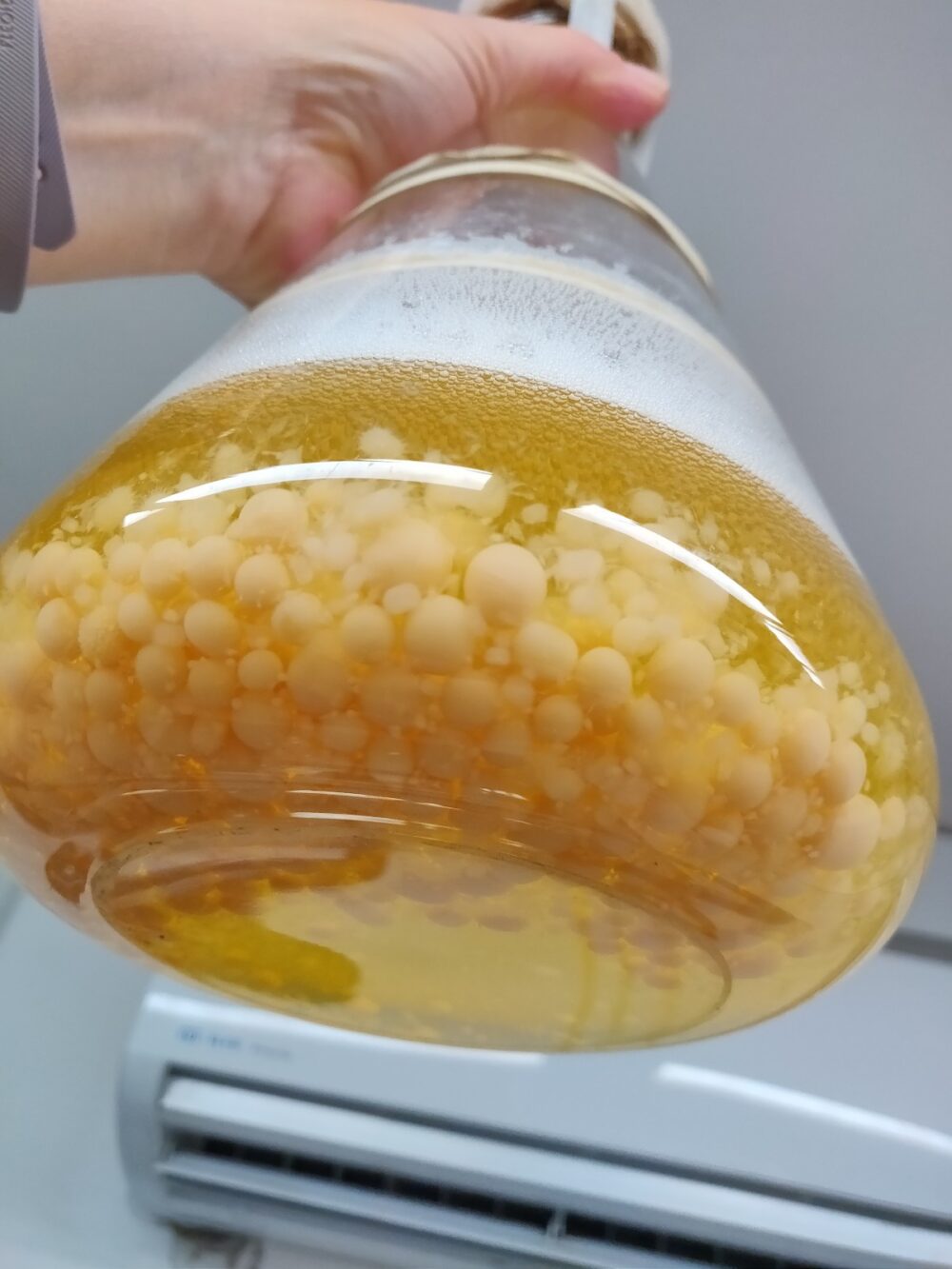 The second stage of bioreactor-produced mycelium of psilocybin. Photo courtesy of PsyRx

Synthetic versions of psychedelic substances are easier to manufacture uniformly according to industry standards, but they may not work as well as natural versions.

“We believe there’s a big difference between biological and synthetic molecules, especially in how they interact with receptors in the brain,” says Hecht.

“Synthetics are not as successful as a ‘key’ fitting into the ‘lock.’ But it is complicated to work with biological molecules.”

That’s where the bioreactor comes in. This innovative machinery is what may enable PsyRx to transform the growing psychedelics market.

From cannabis to psilocybin 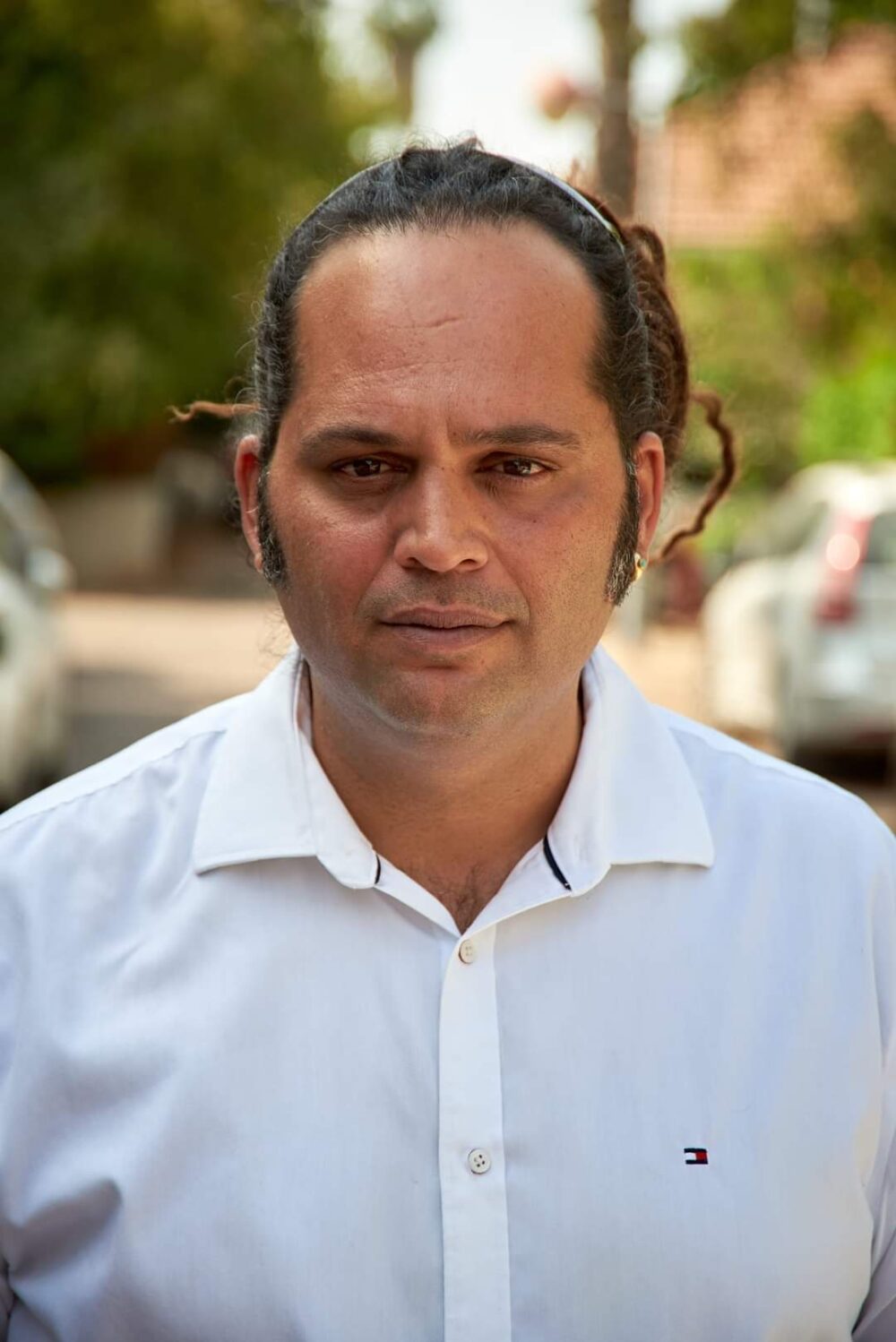 Hecht started his career 20 years ago in The Netherlands, managing cannabis dispensaries and seed companies. He moved back to his native Israel in 2007 to study water and soil engineering to better understand the world of botanicals.

He then moved on to another cannabis enterprise, Stickit Labs. The president of Stickit, Dr. Asher Holzer, is a serial biotech entrepreneur whose successful ventures have included InspireMD, TheraCoat and UroGen. He was also part of the management team of Biosense, an Israeli company acquired by Johnson & Johnson in 1997.

“Two and a half years ago, we saw an opportunity in the psychedelic sector; there were no licensed companies in Israel,” says Hecht, so PsyRx became the first. 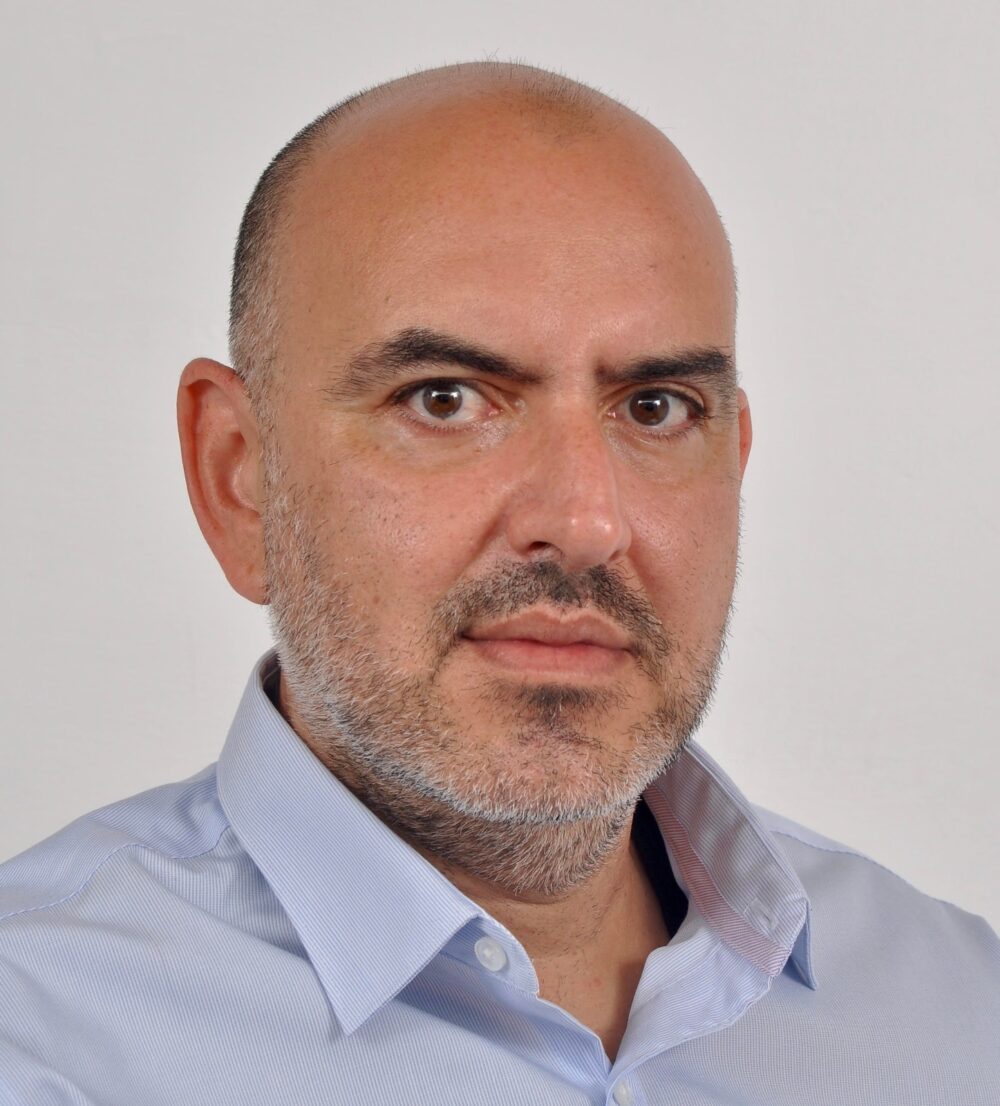 Holzer is PsyRx’s chairman and cofounder. CTO-cofounder Kobi Buxdorf is a microbiologist with a PhD from Hebrew University.

Buxdorf developed tissue-culture bioreactors for producing cannabis at a pharmaceutical standard and founded Cannadorf to commercialize this technique.

“He then developed a bioreactor for psilocybin and moved it forward to the commercial stage,” says Hecht.

“There are not yet standards for the regulation of psilocybin, so we expect it will take at least a few months to receive GMP [good manufacturing practices] designation for the pharma industry,” he says. 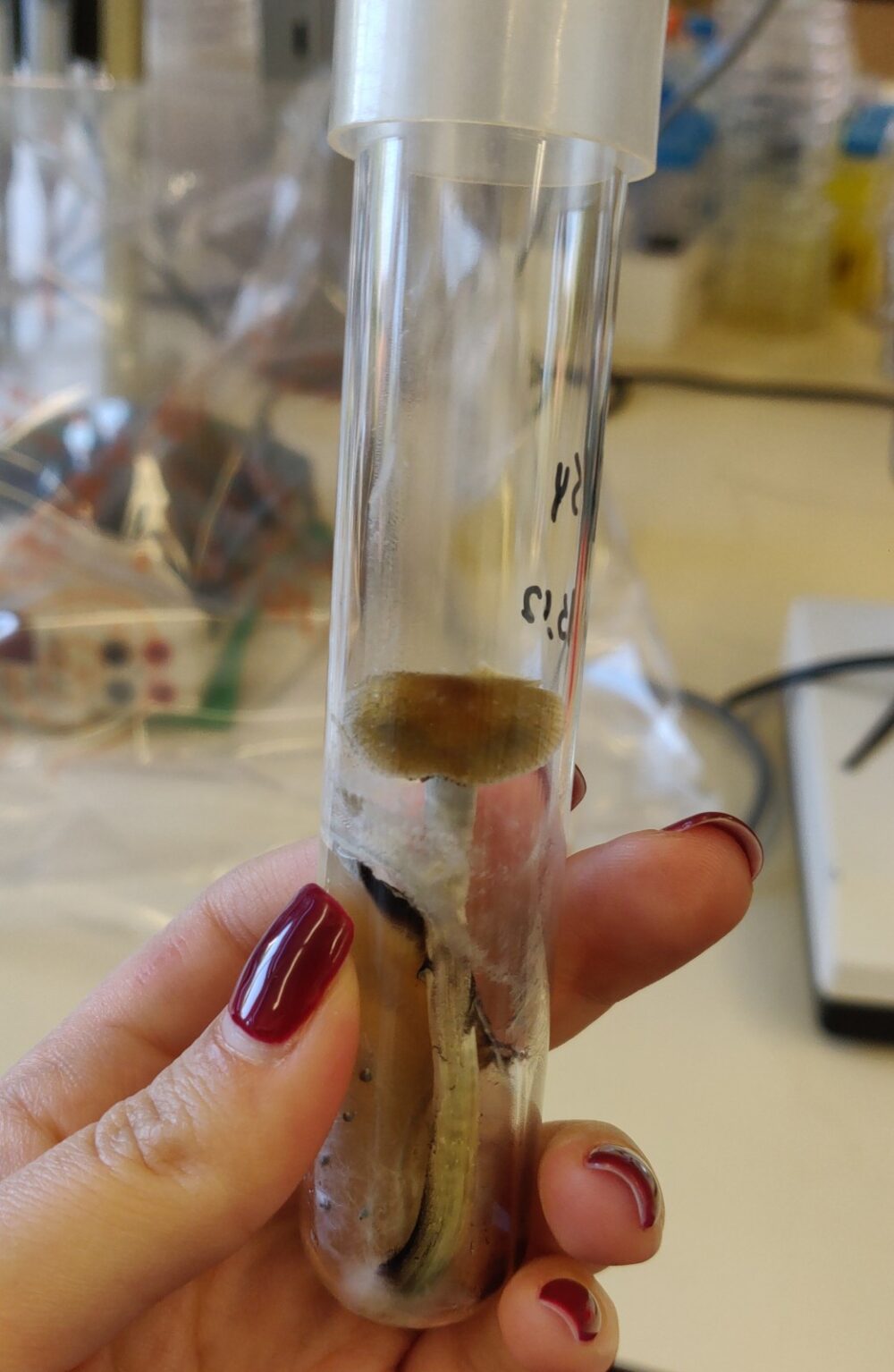 Psilocybin in a test tube. Photo courtesy of PsyRx

“Hopefully by the end of next year we’ll have the ability to sell our psilocybin worldwide for clinical research and drug development.”

Hecht said additional research on psilocybin is coming out of Hebrew University, fueling new ideas for how micro doses of this powerful substance could improve pharmaceuticals.

PsyRx has about 10 employees and has raised “a couple of million dollars” from private investors. “We want to go public,” says Hecht. “We really believe in what we do.”

UNCOVER ISRAEL - Get the ISRAEL21c
Weekly Edition free by email
Sign Up Now!
Bring Israel's story to life.
Millions of people around the world rely on us to gain a deeper understanding of Israel. We are the trusted source for original content you won't find anywhere else.
You can make a difference. Donate today to support journalism that brings Israel’s story alive.
SUPPORT ISRAEL21c
Read more on:   Health, pharmaceuticals, depression, PsyRx, psychedelic drugs, mushrooms