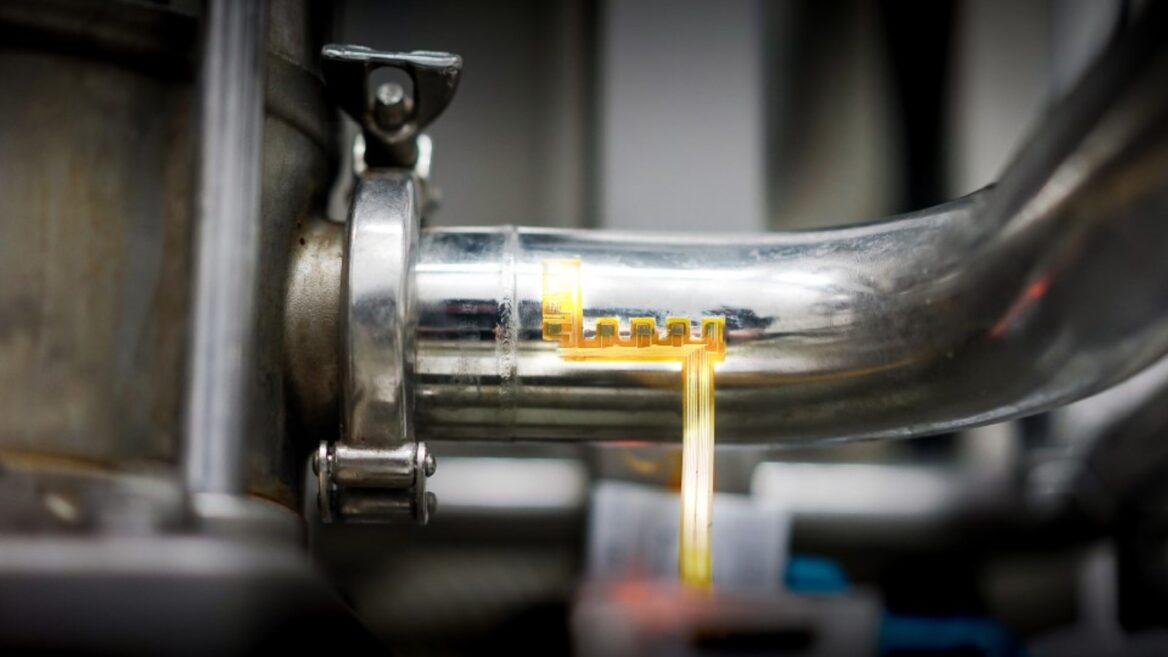 Moving manufacturing from “far and cheap” to “local and smart” is the goal of the so-called Fourth Industrial Revolution (Industry 4.0).

Feelit, one of many Israeli startups in the $90 billion international Industry 4.0 technology market, enables industrial equipment to communicate its maintenance needs in real time.

Affixed easily to any stationary or moving object — including valves, pumps or pipes — the sensors pick up on issues such as humidity, vibration, heat, pressure or micro-fractures that could impair performance and cause costly breakdowns and interruptions.

The stickers send the collected data to the cloud for instant analysis, providing human operators with live feedback on structural and performance changes in the machinery.

If the equipment “feels” it is about to fail, it sends a request for service or replacement.

“Before our graduate studies at the Technion, we worked in the semiconductor industry so we saw how faulty valves can cause millions of dollars of damage,” says Meital Segev-Bar, referring to herself and cofounder Gady Konvalina.

“We met again in Prof. Hossam Haick’s lab at the Technion, where we worked on his electronic nose concept. Then we played around with electronic ‘skin’ that attaches to an object and makes it capable of feeling when it’s being touched and when it’s in pain, just like human skin whose job is to alert to when something is wrong.”

Easy as a sticker

These projects led Segev-Bar, Konvalina and Haick to found Feelit in 2017 in the Technion DRIVE accelerator.

They got seed funding from the Technion’s tech-transfer company and a Japanese VC, as well as the Takwin VC fund supporting northern Israeli startups.

“We see a lot of Industry 4.0 monitoring solutions for assets like motor vibration, but we found that vibration, pressure and temperature cannot be monitored continuously and noninvasively in pipe and valve systems,” says Segev-Bar, the startup’s CTO.

“We wanted a solution that could be retrofitted and installed as easily as a sticker,” she tells ISRAEL21c. 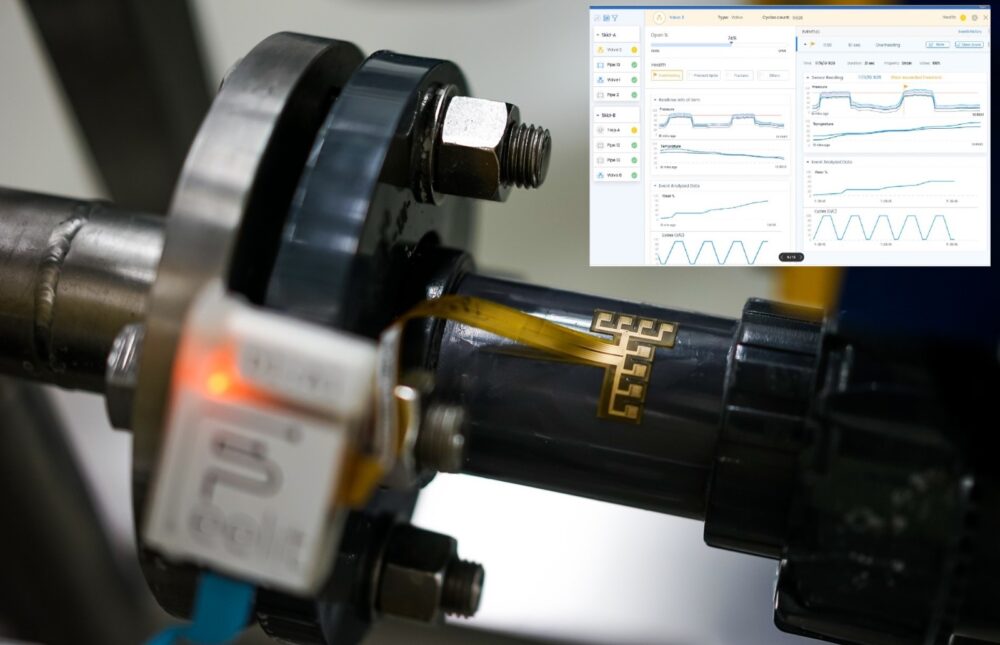 Haifa-based Feelit has finished several pilot projects with its domestically produced nano-ink stickers and is starting installations in Israel and Europe.

“It’s meant for industries that have a flow process,” Segev-Bar explains. “We specialize in assets that materials flow through.”

That means food and beverages, oil and gas, pharmaceuticals and chemicals, and any industry that uses pneumatic lines, such as auto manufacturing.

Feelit stickers also could be used in robotics and other IoT-related industries, she adds.

The company recently concluded a $7 million Series A round in which the prominent investor is Henkel Tech Ventures of Germany.

Henkel’s adhesive materials are used in more than 800 different industries including steel mills, car factories, mining equipment and power turbines around the globe. 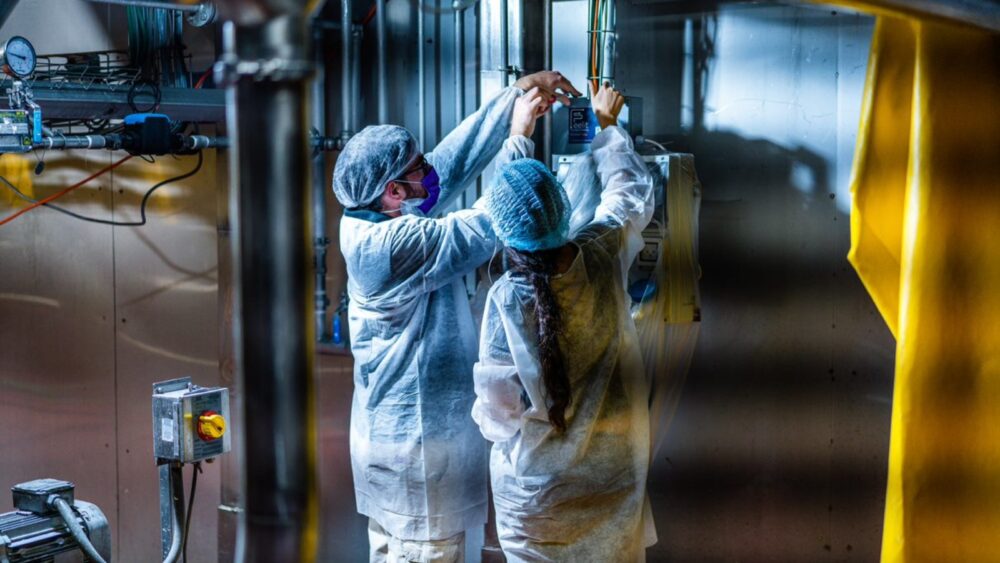 Feelit allows manufacturers to monitor the health of machinery in real time. Photo courtesy of Feelit

“The investment in Feelit perfectly fits our business strategy and underlines the value of our long-standing engagement in Israel as a major global hub for materials and technology startups,” Bavaj said.

“With Feelit’s growth potential and Henkel’s industry expertise and market reach, our unique nanotechnology will be able to benefit a broad relevant client base,” said Feelit CEO Konvalina.

“The partnership has already begun opening up new opportunities in the oil and gas industry and working with Henkel’s MRO [maintenance, repair and operations] unit will help us to develop even more verticals and applications.”