Israel’s Bio[pack] makes a package coating from plant extracts already programmed by nature to repel insects. It can also be sprayed around the perimeter of warehouses.

Photo by Nati Shohat/Flash 90
Bio[pack] aims to keep insects out of food packages.

If you’ve ever been disgusted by the sight of a winged creature flying out of a newly opened box of cereal or other packaged food, read on.

Insect infestation is one of the biggest problems facing food manufacturers and distributors, who fight a constant battle to keep bugs out of factories and warehouses. Many pesticides are off-limits to food producers because of their toxicity, which makes this struggle even tougher.

“After some study, we discovered a perfectly natural and safe way to keep insects away from food,” says Prof. Shlomo Navarro, co-founder of Israel’s Bio[pack]. “Our solution is natural, safe, long-lasting and unlikely to be something a bug could build up resistance to, unlike chemical pesticides.”

Bio[pack]’s compound can be applied to food packaging or used alone around a warehouse perimeter as an area repellent.

Navarro and his colleague Fadel Mansour of Israel’s Volcani Agricultural Research Center based their revolutionary product on scientific research into naturally occurring pest repellents in plants.

Navarro and his team, however, were the first to isolate and extract the specific chemical elements in plants that repel bugs. Bio[pack]’s solution combines numerous repellent elements into a single product.

“We see our product being used as a repellent in factories and warehouses, keeping food safe during the production and storage stage, but we have also developed a way to incorporate the repellent in flexible packaging, thus ensuring that products remain insect-free while they are on store shelves.”

Navarro, Mansour and five fellow scientists hold patents for processes to extract natural insect repellents from fruits and vegetables and infuse them in plastic, aluminum wrap, cardboard and other types of food packaging. 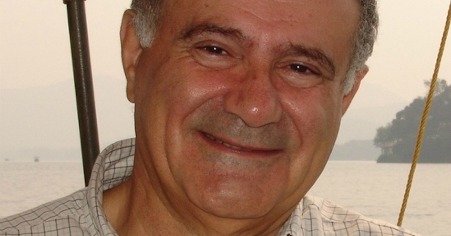 “We’ve gotten some interest in the packaging, but it takes time for manufacturers to adopt new packaging, so for now most of the companies we are working with have adopted the standalone repellent,” Navarro says.

Unlike chemical pesticides, Bio[pack]’s natural repellents don’t allow for the possibility of insects building up resistance to the elements. “Resistance is a process that takes place when an element gets inside an insect population, and some of the population survive,” says Navarro.

As people do, bugs can get used to poisons, handing down resistance to subsequent generations of insects – with a new, resistant generation often appearing in a matter of weeks.

“Since our product is a repellent, the insects just stay away from the area where it is applied, so there is little chance of insects building up resistance,” he explains.

The 20-employee Bio[pack] company is about six years old and is funded by private investments and by the Trendlines Group’s Misgav Innovation Accelerator, of which it is a member.

Bio[pack]’s product is set to be deployed by several major manufacturers in Israel. “US agencies will be using our performance here in their evaluation of Bio[pack] for the US market,” says Navarro.