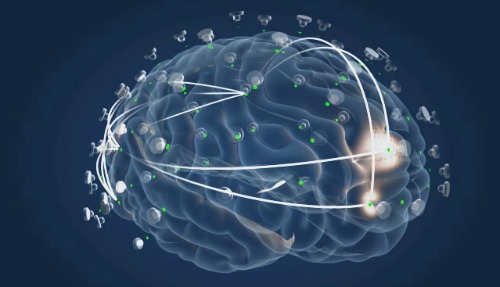 ElMindA aims to revolutionize treatment of a number of brain disorders by opening a new window in to the way the brain works.

One out of every three people suffer from a brain-related disorder such as Alzheimer’s, Parkinson’s, ADHD, chronic pain or depression. But because the human brain and the conditions that affect it are so complex, blood tests and imaging are of limited value for diagnosing brain diseases and documenting the effects of treatment.

Even in the 21st century, there’s a lot of guesswork involved, and that means low treatment success rates at high costs.

The Israeli company ElMindA could revolutionize the field by opening a new window into how the brain works. Its trademarked, non-invasive BNA (brain network activation) technology has shown promise in clinical studies.

“Our vision is that every psychiatrist and neurologist in the world will routinely send every patient for BNA tests,” says Dr. Eli Zangvil, ElMindA’s strategic advisor for business development. “Our test would add information and aid in diagnostics in a way no other existing technology can do.”

The procedure is simple and painless. Patients sit at a computer for 15 to 30 minutes, performing a specific task many times while the device maps network activation points in the brain. The repetition allows the device to sift out brain activity unrelated to the task (such as thinking about what to eat for lunch). The result is a three-dimensional image of nerve cell connectivity and synchronization that is highly sensitive, specific and reproducible.

The tool is sensitive enough to show subtle differences in the severity of the condition from one day to another, says Zangvil. It can also optimize drug dosing by monitoring the changes in brain network activities as the drug takes effect.

Within five years or so, BNA could be helping doctors pinpoint the stage of disease and predict which patients will respond to which drugs.

“To do that, we must collect a lot of data,” says Zangvil. “To say this person has a certain disease or condition, I have to be able to compare their pattern to a normal brain pattern of a person of the same age and gender.”

To gather adequate data, the company is pouring millions into experiments at the hospitals of Michigan and Pittsburgh universities. These studies focus on mild traumatic brain injury (concussion) and ADHD (attention deficit hyperactivity disorder).

“We hope we’ll get FDA approval by the end of 2012 and be in the US market for monitoring and decision-making for the treatment of concussion — especially sports-related concussion — in 2013,” Zangvil tells ISRAEL21c.

Why concussion? It’s long been known that boxers develop chronic brain conditions after taking many blows to the head. But newer research shows that someone who gets hit in the head just a few times — not even hard enough to knock him out — is at great risk of developing irreversible brain damage, depression and Parkinson’s.

For now, doctors must rely on information from patient questionnaires to assess these injuries because CT and MRI scans can’t detect mild trauma. “We believe our technology offers an objective way to measure the situation and be useful as a tool for making decisions, like whether the player can go back on the field. This is a concern for every mother whose child plays contact sports,” says Zangvil.

In much the same way, clinical trials are proving the tool’s value for objectively diagnosing attention deficit hyperactivity disorder, which affects up to one in 20 US children.

Diagnosis today is based on a subjective behavioral and clinical evaluation, with a high rate of misdiagnosis and unnecessary drug treatment. BNA mapping would simplify diagnosis by comparing the patient’s scan to a normal and an ADHD profile. It would also play a role in treatment decisions and monitoring.

ElMindA is collaborating with some of the world’s biggest pharma companies, and negotiating partnerships with others, to fund research into how the technology can help in diagnosis and treatment evaluation not only for ADHD but also for Parkinson’s disease, depression, migraine, chronic pain and addictions.

This is a win-win effort, says Zangvil. “We get the data we need, and they get a powerful tool to assess what their drug does in the brain in a way they can’t do today. Maybe they know a certain drug affects a certain receptor, but they don’t know how it affects the disease process.”

BNA will also be helpful in making more accurate dosage recommendations and in identifying patients who are best suited to test new drugs.

“Sometimes clinical trials for drugs fail only because certain types of patients don’t respond to the drug, and it needs to be targeted to the proper sub-population,” says Zangvil. “Our product represents another brick toward building personalized medicine.”

The work of two extraordinary brains

The privately funded ElMindA was founded in 2006 by Prof. Amir Geva, a professor of electrical and computer engineering at Ben-Gurion University of the Negev (currently the company’s chief technology officer) with Dr. Goded Shahaf, who is no longer with ElMindA.
“They come from totally different approaches,” relates Zangvil.

“Amir thought about a different analysis of electrophysiology of the brain more than 30 years ago, when doing research on Israeli Navy SEALS suffering from seizures. He was looking at the problem top down, trying to predict seizures. Goded came from the micro level, taking small clusters of brain cells and measuring electric currents and behavior of these cells.”

Putting their opposite approaches together, the two found they could vastly improve on the capabilities of existing mapping techniques, such as the EEG.

The company, under CEO Ronen Gadot, has about 18 employees at its Herzliya office and is backed by a world-class scientific advisory board.

UNCOVER ISRAEL - Get the ISRAEL21c
Weekly Edition free by email
Sign Up Now!
Bring Israel's story to life.
Millions of people around the world rely on us to gain a deeper understanding of Israel. We are the trusted source for original content you won't find anywhere else.
You can make a difference. Donate today to support journalism that brings Israel’s story alive.
SUPPORT ISRAEL21c
Read more on:   Health, Biotech, neurology