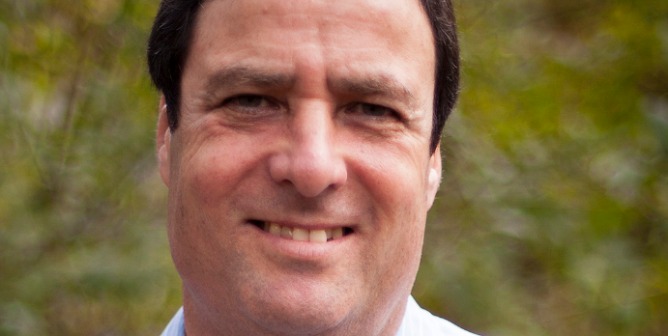 Itzhak Fisher: “Whenever a good idea comes up, there are usually two or three competitors and they’re all from Israel.”

The Israeli son of a carpenter and a homemaker, Itzhak Fisher became a leading entrepreneur and venture capitalist, making 43 investments in 15 years.

“Like every kid, I wanted to work in my father’s business. He said, ‘No, you should use your brains, not your hands. You’ll go further in life,’” recalls the 57-year-old Fisher.

Now living in New York, he heads global business development, mergers and acquisitions for Nielsen, the worldwide market-research company behind television-show ratings and other consumer-behavior metrics.

He spoke with ISRAEL21c in Tel Aviv during a working vacation in July. On behalf of Nielsen, Fisher is leading a new startup incubator in Caesarea, as well as a new American-Israeli venture firm, Pereg Ventures, which will help fuel early-stage ideas for transformative marketing technologies.

“Pereg is unique because it allows private and strategic investors to join with our corporate backer — Nielsen — in early-stage investing focused on this hot and growing area,” Fisher notes.

About 90 percent of advertising dollars still go to TV. As more young people are watching their favorite shows on mobile devices, however, advertisers are seeking smarter ways of deploying their $500 billion global budget.

“The mobile revolution is more than doubling every year, and you have to have data and analytics to give advertisers the ability to target and engage with their audiences,” Fisher says. “Nielsen is always looking for the next big thing, and we think this is it.”

Pereg partner Ziv Ben-Barouch notes that Israel already is tops in online technologies, with companies such as Babylon, ironSource and Outbrain. “The first generation focused on web traffic and referral, and now we’re moving to the next stage,” he says.

Fisher muses that tiny Israel is ahead of the pack in this field, as in so many others, due to personality-shaping factors such as living in a stressful part of the world, serving in the military out of high school — and even lingering traces of what this son of concentration-camp survivors calls a Holocaust mentality.

“It all drives us much harder to achieve independence and success in whatever we do, and that’s why Israelis are at the forefront of everything from advertising to water technology,” he says.

“Since we don’t have natural resources, we have to be creative and develop technologies and be disruptive. Whenever a good idea comes up, there are usually two or three competitors and they’re all from Israel. That’s why all the leading investors and tech companies have representation in Israel and are keen on finding the next big thing here.”

Fisher studied computer science at the New York Institute of Technology and New York University after his Israeli navy service. His American wife, Ruth, is the lawyer for all his businesses pursuits. Fisher got his first startup idea when he visited the Manhattan hospital where she gave birth to their first son, Gidi, in 1983.

“I saw that each patient had a phone and TV – something they didn’t have in Israel yet — so I started that here.” Over the next 10 years in Israel, he also dabbled in politics, an experience he now calls “fascinating.”

In 1994, Fisher successfully pitched an idea for a new telecom company to philanthropist Ron Lauder, moved his family from Israel to Manhattan and starting hiring. RSL Communications spread out to 22 countries and earned more than $1.5 billion in revenues.

Three years after Fisher took RSL public in 1997, he sold his shares and went into private investing. The final company he co-founded and sold was Trendum, a leader in Internet search and linguistic-analysis technologies. In 2005, he led Trendum’s acquisition of BuzzMetrics and negotiated its 2006 acquisition of Intelliseek. Fisher served as chairman of the combined entity, BuzzMetrics.

“I sold that to Nielsen six years ago, and they asked me to join them as part of the acquisition,” he explains. “Now I acquire, sell and do strategic agreements with the outside world, which gives me touch points in many areas of business. This fits my personality well because it’s what I had been doing for 20 years, but it gives me the power and financial stability of Nielsen behind me.”

The birth of Pereg Ventures and Nielsen Innovate

Many startups knock on Nielsen’s door with great ideas for new technologies and products. But it had no vehicle for early-stage investing – until Fisher suggested founding Pereg Ventures.

As a limited partner, Nielsen provided the $10 million anchor investment for Pereg, which is well on its way to a goal of $50 million. Five new investments are to be chosen per year.

“We believe at least 20% of the money will be invested in Israel,” says Fisher. Ben-Barouch will cover Israel, Europe and the US together with third partner Yao Haung, whom Forbes cited as one of the main women driving New York’s digital scene. 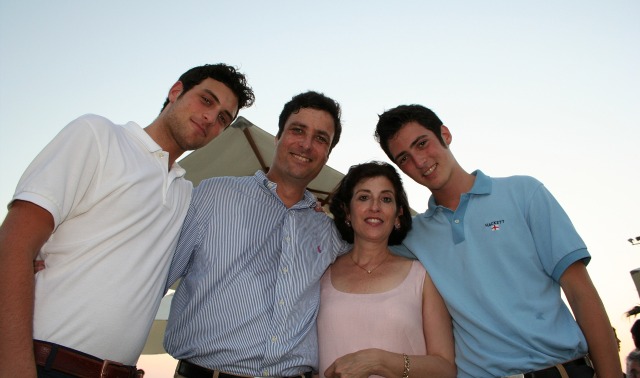 “The advertising and marketing world is going through many changes involving automation and programming,” says Ben-Barouch. “These changes require a lot of algorithms, and this is the strength of Israel in general. Nielsen will open the doors for us and support us in engineering, market validation and customer relations.”

Some of the chosen companies are likely to be from the incubator that Nielsen established in January with Partam Hi-Tech in the Israeli seaside city of Caesarea.

The self-described workaholic achieves balance in his life by indulging passions for opera and sports. He credits his opera affinity to a teacher in his elementary school in the Tel Aviv suburb, Givatayim. Living near New York’s Lincoln Center allows him ready access to performances.

The Super Bowls, World Series, World Cups, Olympics and other sports championships to which he regularly takes his two sons, aged 30 and 26, require more traveling. He also attends annual red-carpet events including the Grammy, Tony and Kennedy Center awards. Plus, he visits his sister and her family in Israel four times a year.

“I like to see and I like to experience,” Fisher says. “We have been put here on earth for a reason, and you have to maximize your intellectual curiosity by experiencing many things.”