Ben-Dayan is CEO of SpotitEarly, which is building an early cancer detection system based on dogs’ superior sense of smell combined with artificial intelligence.

The user will purchase a home kit containing a surgical mask, breath into the mask for five minutes and then send it to a screening lab where the mask is inserted into a sniffing station. Several specially trained dogs will sniff the sample.

If their behavior, confirmed by an AI algorithm, indicates that cancer is detected, the person will be referred to the medical system for further testing.

According to the American Kennel Club, dogs’ ultrasensitive noses can detect the odor of cancer in breath or urine at a very early stage, when the disease is far more treatable.

SpotitEarly trains Labradors to sniff out breast, lung, colon or prostate cancer reliably from one sample. Ben-Dayan says this breed has the right set of traits: excellent smelling capability, discipline and passion to work. The company’s lab is on a kibbutz, where the dogs live and work. SpotitEarly is conducting clinical trials with two Israeli medical centers, Hadassah in Jerusalem and Sourasky in Tel Aviv.

“During the pre-trial training phase, our test showed higher sensitivity and better specificity in detecting early stages of cancer compared to any existing test on the market today,” says Ben-Dayan. “We expect interim analysis in three months and will finish clinical trials in 10 months.”

Scent technology is a hot new frontier, and there are disease-sniffing electronic “noses” being developed at Ben-Gurion University and at the Technion-Israel Institute of Technology.

However, e-noses have not yet proved accurate enough in real-world conditions where it’s necessary to isolate disease odors from other scents in a sample – such as coffee on the patient’s breath.

Ben-Dayan believes the future lies in a hybrid electronic nose and dog nose.

“I have many years of experience with dogs, and I know that no one can replace a dog nose. But when you add technology, this will be the optimal system to give us another level of confidence and verification,” he tells ISRAEL21c.

“If we find cancer, we will then send our customer for additional screening procedures. If those scans don’t find anything [yet] because it’s too early stage, we will recommend routine screenings every six or 12 months, since we assume there are cases where we’ll find it before any other lab,” Ben-Dayan says. 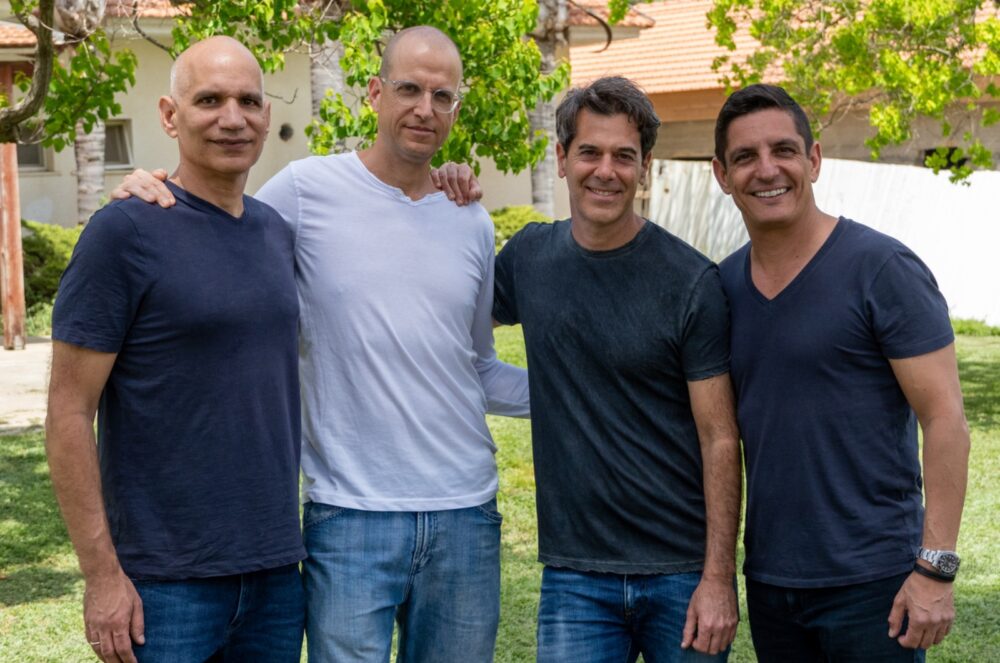 He and his cofounders — Roi Ophir, Udi Bobrovsky and Ohad Sharon — recently added three PhDs to their team, one an expert in data science, one in animal behavior and the other a clinical lab manager. They have high hopes that eventually their canine and AI system could screen for multiple types of cancer.

But is it possible to scale a business based on live animals?

Ben-Dayan believes the kits make it doable. And judging by the $6.2 million seed round SpotitEarly recently raised, investors such as Hanaco Ventures also believe the idea is feasible.

Ben-Dayan tells ISRAEL21c that one lab could perform a million tests annually.

“We are building an automatic lab so operational efforts will be minimal. The dogs will be able to check hundreds of screening kits in an hour,” says Ben-Dayan, emphasizing that this task is like a fun game for them.

He envisions each SpotitEarly lab situated in a dog-friendly setting where the canines would live on premises and have “the best lodgings, food, veterinary care, love and care possible” as they do at the test lab in Israel.

Though he and his staff are dog lovers, he says, the company is founded on their concern for human life. Given that many people are reluctant to go for tests such as mammography and colonoscopy, this is an easy, relatively inexpensive alternative people could perform at home.

“Our mission is increasing the number of people who do screening tests,” says Ben-Dayna.

“I’ll be very happy to sell a million kits so we can save the lives of 5,000 people – that’s the number we estimate according to statistics.”