Organic farming and the 100-Mile Diet have influenced new college graduates to establish farms instead of seeking jobs in finance. The last decade has seen an explosion of cottage industries in everything from cheese- to wine-making.

As enchanting as a small business is, there is a dirty side to the romance: getting rid of the polluting waste, which can be impossible or expensive. Olive pits and pulp from olive mills, grape pulp and whey cannot be flushed down the drain or pumped back to the land, as they poison groundwater sources and plants.

A new Israeli-led project has a solution that has earned support from the European Union.

The Israeli initiative developed through commercial water company Peleg Hagalil, and the MIGAL-Galilee Technology Center, is based on three innovative steps home-grown at MIGAL.

Called MISTOWW — Mobile Integrated Sustainable System for Treatment of Organic Waste Water — it is intended for small agricultural business owners who can’t afford their own on-site sewage systems, its initiators tell ISRAEL21c. The mobile unit, now in prototype mode, can be wheeled out to the site and shared among several businesses.

The unit not only cleans agricultural waste, but also creates biogas and usable irrigation water as valuable byproducts.

The University of Patras in Greece and CETENMA Technology Centre for Energy and the Environment in Spain have partnered with MIGAL to launch and develop the technology Europe-wide.

Stopping up the works

Based in the Galilee region of Israel, the hub of the country’s olive and wine industries, the folks at MIGAL and Peleg are very familiar with the environmental problems caused by waste from these industries.

“They have the same problems in Europe that we have over here in Israel,” says Eddie Schossev from Peleg Hagalil, who is coordinating the project with Prof. Uri Marchaim from MIGAL.

“When you refine olives there are remains which are poisonous, to some extent. If you take the remains and dump them into the sewage plant they become like poison to the bacteria that break down the waste,” he says. “So the solution was to create a mini-sewage plant onsite that would deal with the special remains of the olive-oil industry” — as well as wine-making and cheese-making, he notes.

Though the Israel Ministry of Environmental Protection gives interim permits for olive-oil mills to scatter bio-waste back onto the olive fields at some points in the year, too many mills dump it illegally on land or down the drain. Eventually, municipal sewage systems in the Galilee become blocked for periods of time around olive season, Marchaim tells ISRAEL21c.

Peleg Hagalil, which owns and operates municipal sewage treatment plants in the north of Israel, owns the technology and commissioned MIGAL researchers Prof. Giora Rytwo, Prof. Iggy Litaor and Hassan Azaizeh, who is also an olive-oil hobbyist, to do the research. Peleg Hagalil and EU sources have split the R&D financing of MISTOWW 50-50.

Marchaim says there are three levels of innovation in the mobile MISTOWW. The first stage in the unit is a patent-pending settling system that uses polymers and a type of clay. The second stage uses fixed bacteria to create biogas for fuel, and the third stage generates clean water through a process called “accelerated wetlands” – meaning the wetlands are encased in the unit. 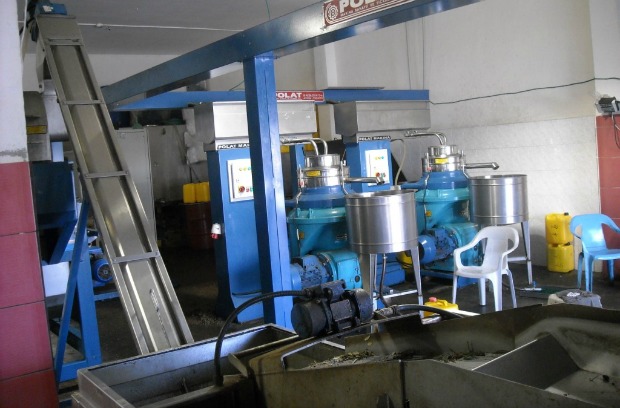 A pilot of the three-step processing plant will be up and running by the end of the year at the Dalton Winery to test the volumes of grape waste it can handle. The aim is to process 20 cubic meters of waste per day. After that, MISTOWW will be wheeled over to olive mills during the harvest later in the Israeli winter.

Project coordinators Schossev and Marchaim expect that two more pilot plants need to be set up in Europe this year in order to be a proof-of-concept to small olive-oil presses and wineries there.

“They need to see with their own eyes that it works,” says Marchaim.

A $3 million investment is sought to take MISTOWW from prototype to marketable product. This could be done in less than a year, says Marchaim, who is also head of the department of biotechnology and regional development at MIGAL. Schossev is handling business development. 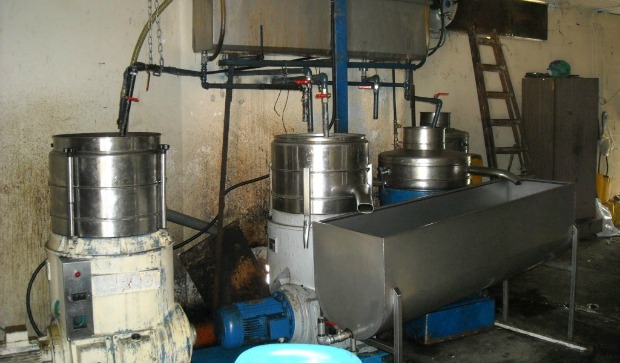 MISTOWW is portable so it can be shared among several businesses.

MISTOWW is not the first Israeli technology to turn olive waste into valuable byproducts, but it is the first to answer the mobile need for small businesses.

Other Israeli companies in the market include Genova, which turns olive mill and winery waste into biomass for heat and energy, and Agrobics, which has developed a permanent onsite solution for treating agricultural wastewater. There is also Olivebar, which presses olive waste into bio-logs for fireplaces.