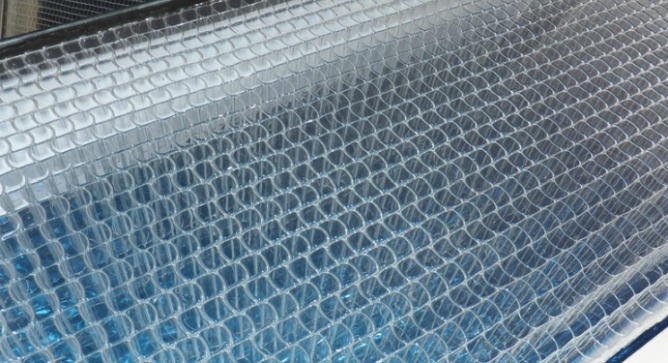 Israel is the land of milk and honey –– and solar water heaters. Practically every roof in Israel is fitted with a solar thermal collector to warm water for endless hot showers and hot water for the kitchen sink.

Taking the idea of solar thermal hot water heaters to the next level is Tigi Solar, a new Israeli company that was inspired by the busy bee.

The inside of Tigi’s solar energy collector looks like a honeycomb. This unique shape helps collect more sun power more efficiently than regular solar collectors –– so efficiently that boiling hot water made from the sun can even be piped in to heat homes.

Tigi’s Honeycomb Collector is based on a “transparent insulation mechanism” developed by founder Shimon Klier, an Israeli industrialist. This approach increases the efficiency of the collector with minimal heat loss.

The result is a free and endless source of heat, even during the winter months in cold countries like Germany.

Historically, warm countries like Israel have led the way in developing and using solar thermal energy for heating water in rooftop tanks, but Tigi’s breakthrough technology aims to reduce national energy loads in cold countries, says Tigi’s CEO Zvika Klier, who is running the company based on his father Shimon’s patents dating back to the 1980s.

So great is the potential for Tigi to change the domestic energy landscape in Europe that it was awarded an Intersolar Europe prize in June.

“We minimize losses and create a situation where there is a meaningful difference in performance – this is huge, especially if you need water heated to a temperature much higher than the ambient temperature,” Klier tells ISRAEL21c.

He explains: “If you take Canada, where over 40 percent of the entire energy bill goes to heating, while at the same time you look at renewable energy solutions of solar thermal collectors –– there are 16 million square meters of solar thermal collectors installed for heating worldwide — almost all of them are installed in climates similar to Israel, and almost all go to domestic hot water.

“And why is this? Because this is where the current solution for heating water works well. Space heating, however, is 10 times the cost on the energy bill versus heating hot water. We want to take solar domestic hot water to cooler climates, to provide applications that supply more heat,” Klier explains.

Currently only 1% of the 15% of energy that goes to heating in Europe comes from renewable sources, he says. “We are looking at the potential for dramatic growth and this is where we want to be. This is why we won the solar award recently.”

How does it work?

Tigi’s solar energy collector looks a lot like a photovoltaic PV panel or a solar thermal panel. But the inside is made from honeycomb-shaped collectors, a technology that creates hot water efficiently and rapidly, even in northern latitudes. The panels can be put on a roof or the wall of a building.

“The honeycomb holds air from circulating. It reduces losses to convection,” says Klier. 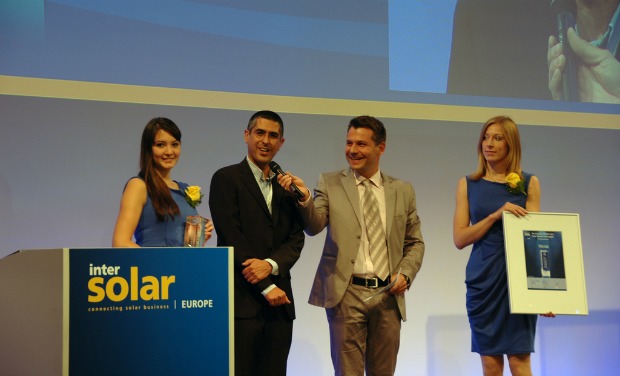 This twist was thought up by Klier’s father, who invented the honeycombs in the early 1980s oil crisis in Israel. One of the leaders in the textile business, Shimon Klier figured it made no sense to pay more money for hot water in his factories than for the salaries of his 12,000 employees.

“That was a big red light for my father, who is a very technical person, and an innovator and entrepreneur,” says Klier.

A family in solar innovation

His father went on to invent transparent insulation, the basis of the Honeycomb Collector. However, the idea got put on hold as energy prices plummeted in the early 1990s, and was resurrected about five years ago when Klier was looking for the next big thing in high-tech. He was formerly the CEO of 3DV Systems, which was sold to Microsoft, and president of Arel Communications, a distance learning company.

After doing due diligence on about 15 companies, he revisited his father’s idea and found himself intrigued.

“I thought this was more interesting by far than the opportunities out there in high tech,” he tells ISRAEL21c.

Founded in 2007, Tigi is based in Petah Tikvah, Israel. The company employs 10 people and is funded privately by the Klier family and by private angel industrialists. The company is currently looking for a $3 million to 5 million investment to take the product to market by the end of 2012. The first focus will be Germany.