A new Israeli app for iPad and iPhone is revolutionizing communication between special-needs children and their families.

Developed by Ofir Harel in January 2012, and piloted in Hebrew in October 2013, Ola Mundo Messenger was released in English in the United States on April 2 to coincide with World Autism Awareness Day.

Harel calls his creation a “by-parents-for-parents” initiative, aimed at expanding the ability of people with autism, Down syndrome, apraxia and other conditions frequently accompanied by a lack of communication capability.

Though the field of alternative and augmentative communication (AAC) has been recognized and implemented since the 1950s, Harel’s personal journey as the father of a son with autism spurred him to take it to the next level.

It began two and a half years ago, when Adam – 10 years old at the time – began seeing a communication clinician. Somewhere in the middle of the spectrum, Adam had a large vocabulary but struggled to summon it at will.

“We felt stuck in his therapy,” Harel tells ISRAEL21c at the Ola Mundo office in Hod Hasharon that he shares with cofounder Omri Levy. “And the clinician recommended we take a look at the various apps available that might help him.”

Harel took her advice, but was disappointed in what he found.

“I was struck by how graphically and otherwise outdated the apps were,” says Harel, 42, whose background in project management and product design (he worked for the computer storage corporation SanDisk) made him particularly sensitive to the increasing importance of design in all industries today. “It really showed how the field of visual aids for special-needs children was lagging behind.” 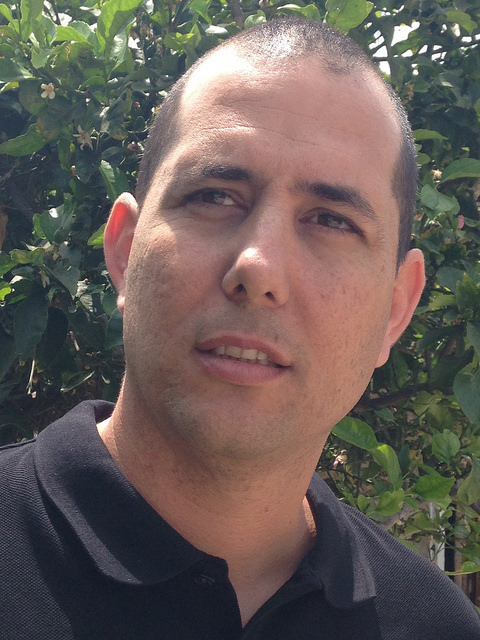 The apps all use symbols to convey non-verbal communication. Though proven effective, this pedagogical method was lacking something that Harel considered crucial.

“There was no possibility for a child learning the symbols to communicate with someone else, like his parents, siblings, teachers or therapist, unless sitting with him in front of the same computer or electronic device,” Harel says. “And with all the technology out there, I couldn’t understand how this problem hadn’t been addressed.”

After studying the subject and consulting with special-needs and tech professionals, Harel eventually created several prototypes, whose key distinction from other AAC apps was the “remote” aspect of symbol-based communication.

The idea was to enable children who lack verbal skills to be able to send and receive messages — the way everybody else does on their mobile devices – by applying symbols.

He did this on his own dime and working from home until meeting with venture capitalist Avi Schechter (a co-CEO of ICQ and a founder of Fring, a startup for group messaging and video calling apps that was bought last year by Genband).

“We sat together for three hours,” Harel recalls. “When we were done, he told me that though he wasn’t well-versed in the field of special needs, he believed there was room for such a product, and said he would give me the first funding for it.”

Since then, other investors joined in. Harel and Levy hope to make the company profitable in the not-too-distant future. Given the excited response on the part of parents and special-needs educators, it isn’t a pipe dream.

Like previous AAC apps, it has thousands of symbols for nouns and verbs, divided into categories and sub-categories – with a text-to-speech function, so far only in English. Unlike them, however, it has upgraded graphics – with the possibility of adding additional symbols and/or photos — and the option to replace the standard computer voice with a familiar one. Harel demonstrates taping the words for each symbol as he forms the (preposition-less) sentence, “I want drink cola.” He then creates a message from the sentence and sends it to a family member.

At the cost of $80 per year, subscribers purchase a closed account — for maximum privacy and security — with the special-needs child at its center. Harel, who says that Ola Mundo provides ongoing tech and moral support for its users, intends to expand the app’s scope to enable families to connect to other families or groups.

“Adam was only the trigger for this endeavor,” says Harel. “But there are so many other kids and adults who can benefit from this tool.”