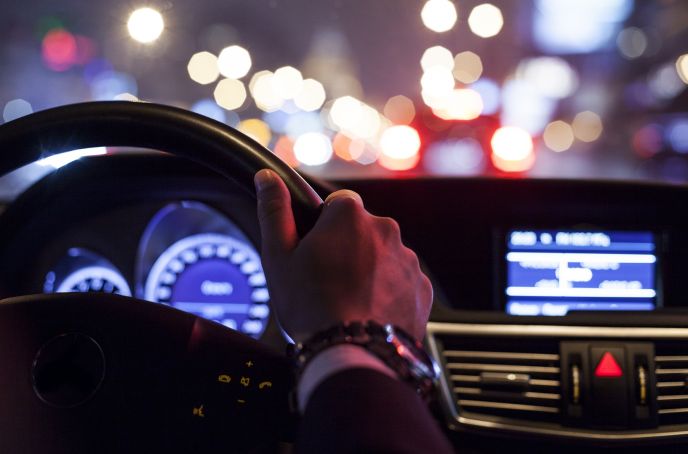 Anyone who has driven at night, squinting in the glare of oncoming headlights — or who has struggled to see out the windshield during stormy weather — is familiar with the anxiety-producing and dangerous situation of poor visibility while handling a vehicle.

An Israeli startup has set out to eliminate this problem. Though it is not the only company in the world with night-vision solutions, BrightWay Vision is taking existing platforms and technologies to the next level.

“The proof is in the pudding,” CEO and co-founder Ofer David tells ISRAEL21c at the company’s offices in Haifa, before handing over the wheel of his car for a long test drive at night, over highways and through dark paths leading to the coast. “Hearing about the technology is not the same as seeing it in action.”

It is an “enlightening” experience, both literally and figuratively. The screen on the dashboard provides a clear, panoramic view of the road, similar to that achieved when turning on one’s bright beams, without actually doing so.

In addition, the headlights of the cars coming in the opposite direction appear as small dots, with none of the blinding glare. And the entire area around the dirt roads we traverse can be seen with no effort, in spite of the absence of street lamps.

It is for this innovation that BrightWay Vision was awarded an honorable mention in Tech Briefs magazine’s “2013 Create the Future Design: Transportation & Automotive Category: Making Night Time Driving Safe and Automated.”

BrightWay Vision was established in 2011 by David, the head of electro-optics at the Israel-based international defense electronics company Elbit Systems.

Together with other members of the Elbit staff – such as Yoav Grauer, who now heads BrightWay Vision’s business development and technology, and Eyal Levi, the startup’s engineering manager – he came up with the idea to expand on certain aspects of the industry for the civilian market.

Night-vision devices may be crucial for soldiers in battle, but the concept need not be exclusive to the military. 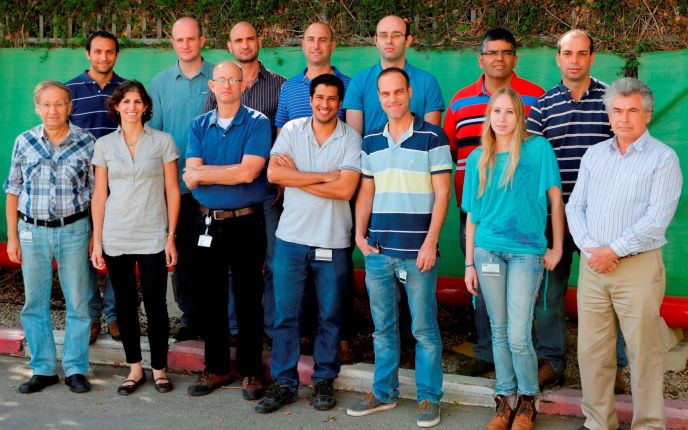 In fact, says David, “Our technology cannot work for the army, because the system on the front of the car exhibits a reddish light. It’s something the enemy would be able to see, if it were on a tank.”

Persuading their bosses at Elbit to forfeit some of their most talented employees for the spin-off venture was “not at all easy,” say David and Grauer. “Getting them to invest money in it was even harder.”

Elbit agreed, on condition that David and his team get investors from the automotive industry. After all, the device – called BrightEye — is designed to be built into cars. The Lubinsky Group was the first investor. After others soon followed, Elbit gave the “green light” to the project.

The prototype they created for the purpose of explaining their idea was built from components that David, Grauer and Levi had developed during their work at Elbit. But its infrared detector was not right for the final product. This led them to develop a gated sensor chip – “like the one you have in your cell phone” – that can be incorporated into the device effectively and cheaply.

They are at an advanced stage of hardware development, suited for mass production.

BrightWay Vision’s innovation lies in what is called “active-gated imaging technology.” This is different from the more commonly used thermal imaging, which relies on temperature differences to form a picture. It combines a camera that opens and closes at high speeds, and a pulsed-light illuminator beam.

The camera and illuminator are synchronized, so that the images (pedestrians, trees, animals, lane markings, traffic signs, etc.) are projected onto the driver’s screen in their proper depths of field and real-time computer vision alert functions. 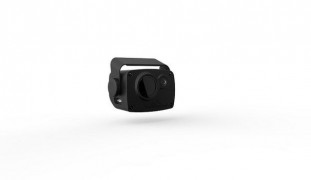 David and his team are aiming at two markets: original equipment manufacturers (OEMs) — like GM, Ford and Chrysler; and after-market dealerships, which would add the system to cars already purchased. A number of OEMs have bought the BrightEye prototype.

Within about four years, we can expect to see the Israeli invention built in to various car models. In a shorter time, we will have the option of asking dealers to install it on our cars.

For more on how Israeli companies are heavily involved in designing the automotive technology of the future, listen to our TLV1 radio show .

And for further information on BrightWay Vision, click here.

UNCOVER ISRAEL - Get the ISRAEL21c
Weekly Edition free by email
Sign Up Now!
Bring Israel's story to life.
Millions of people around the world rely on us to gain a deeper understanding of Israel. We are the trusted source for original content you won't find anywhere else.
You can make a difference. Donate today to support journalism that brings Israel’s story alive.
SUPPORT ISRAEL21c
Read more on:   night driving, poor visibility, BrightWay Vision, night vision, elbit systems, Technology, automotive industry