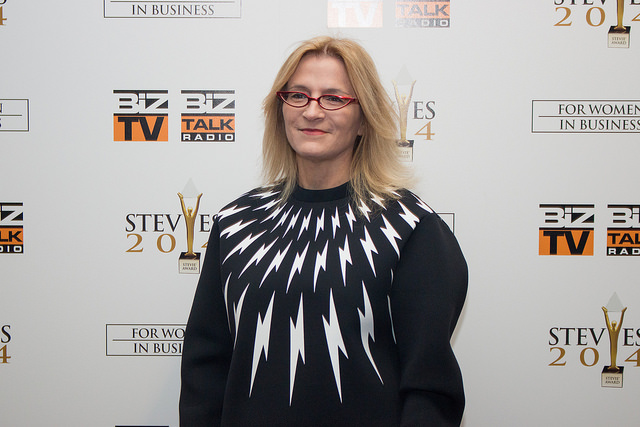 On Nov. 14, Israeli attorney Irit Rosenblum won a bronze Stevie Award for female innovator of the year in the government and nonprofits category. The world business award program cited her as the “legal innovator driving the global family revolution” as it bestowed the prize on her at its 11th annual awards gala in New York City.

The founder and driving spirit behind New Family, which she established in 1998, Rosenblum has pioneered a new practice of family law without discrimination based on faith, gender, sexual orientation, nationality or legal status.

Among her accomplishments is creating civil alternatives for marriage and divorce that circumvent religious authority. Rosenblum is renowned globally for initiating Domestic Union Cards and for establishing the Biological Will as a solution to the quandaries presented by new reproductive technologies. She has actively advocated use of IVF, artificial insemination, surrogacy, freezing ova and posthumous sperm retrieval by those who otherwise can’t have children.

Rosenblum is an avid commentator on social issues and a frequent contributor to the media. In addition to the Stevie Award, she has received the Legal Marketing Association Your Honor Award, National Council of Jewish Women Jewel Bellush Israeli Feminist of the Year, The Oguntê Social Leadership Award, the Hubbard One Excellence in Legal Marketing Initiative of the Year Award and the InnovAction Award for legal innovation. The Israeli publications Globes, Lady Globes and The Marker have named her among Israel’s most influential women.