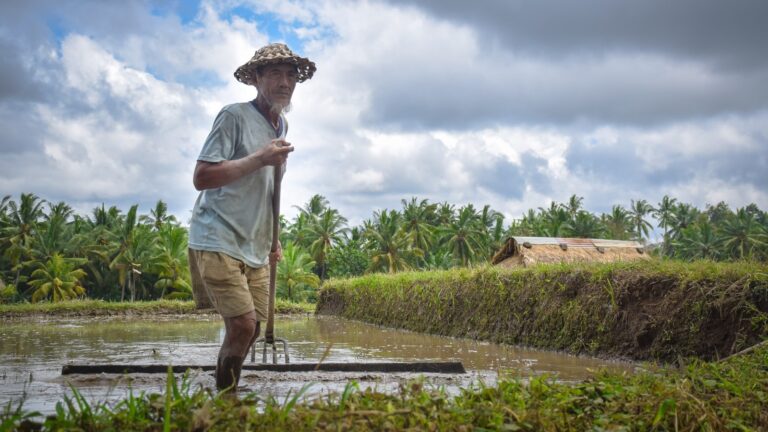 Photo of a flooded rice paddy by Sergio Capuzzimati on Unsplash

Netafim is one of Israel’s best-known success stories. The company was started in 1965 and became the world leader in drip irrigation systems, especially for arid farmlands.

Now Netafim is now debuting a system for rice, the staple food of more than half the world’s population.

Rice is traditionally grown by flooding paddies with water. Cultivating rice uses up to 40 percent of the world’s freshwater and is responsible for 10% of manmade emissions of the greenhouse gas methane, according to the UN-backed Sustainable Rice Platform.

Netafim’s precision drip system for rice paddies reduces water usage by 70% (from 5,000 cubic meters of water per ton of rice to 1,500 cubic meters) and diminishes methane emissions to almost zero.

Netafim estimates that if only 10% of the world’s rice growers switched to drip irrigation, the drop in methane emissions would be equivalent to taking 40 million cars off the road.

Netafim just finished a three-year pilot using its technology on 1,000 hectares (2,470 acres) of rice paddies in Europe and southern Asia. On La Fagiana farm in northeast Italy, two fields were set up side-by-side to grow high-quality risotto rice. One field was covered constantly by 15 centimeters of water. The other was crisscrossed with perforated pipes from Netafim.

“We want to increase the production without increasing water use or lowering quality,” said Michele Conte, whose family has managed the farm for decades. Conte reported that Netafim’s drip irrigation system yielded rice “on par and at times even better than the flooded paddies.”

Adapting the Netafim system for rice took over a decade before even getting to the testing phase. And there are more hurdles ahead: The cost of new pipes, pumps and filters could put drip irrigation out of reach for many rice farmers, where profit margins are already razor thin.

But demand for rice is expected to rise 25% by 2050 and rice paddies simply leave too large a physical footprint to be sustainable in the long-term, says Wyn Ellis, executive director at the Sustainable Rice Platform. “The sector needs a transformation.”

From its humble beginnings at Kibbutz Hatzeva, Netafim now has offices in 110 countries with 17 manufacturing plants worldwide. Some 150 billion Netafim drippers have been bought by more than two million farmers.