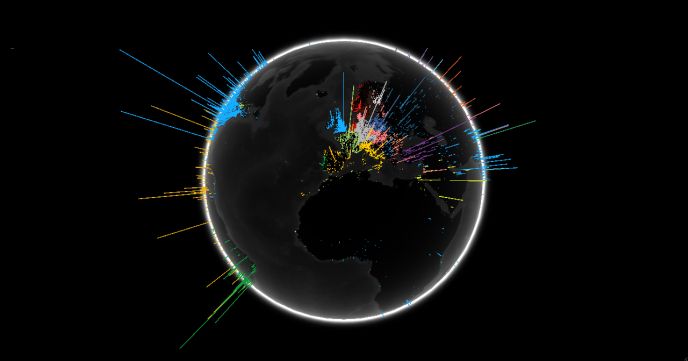 There are about 80 written languages in use worldwide. Image courtesy of Smartlation

There are about 80 written languages in use worldwide. Image courtesy of Smartlation

No matter where you live or what language you speak, at some point you will likely need a legal, medical, technical, business or personal document translated into one of the world’s 80 or so written languages. Or maybe you’ll want to develop a website, app or book for people in several different countries.

That’s why Israeli translator Gil Tamir decided to parlay 30 years of experience (and his own money) into Smartlation, an innovative search engine using a patent-pending algorithm that analyzes data from thousands of registered translators in order to match users with those who best meet their exact requirements and budget.

“Our goal is to create a comprehensive solution for both the business community and individuals who have very specific needs in a translator,” says Tamir, who launched the site in October with cofounder Dan Gat following a year of development.

In today’s global village, the need to translate myriad materials has pushed the worldwide market for outsourced language services and technology to an estimated $37.19 billion in 2014, according to the market-research firm Common Sense Advisory. The language-services market is expected to reach $47 billion by 2018.

“Searching through hundreds of websites and blogs to find someone with the right language skills, and who fits the budget, can be very time-consuming,” says Tamir. “We’ve come up with a platform that can reduce the entire course of action to just a few minutes. Our platform also manages the whole process to make it as simple as possible.”

Billed as a global online marketplace for independent translators and customers seeking translations, Smartlation currently has about 4,000 registered translators providing categorized services in more than 70 languages to a growing pool of users.

“We are receiving new registrations every day, from translators as well as clients,” says Tamir, speaking to ISRAEL21c from his office in Haifa.

Several translation agencies are based in Israel. One Hour Translation, perhaps the largest, boasts more than 15,000 active translators in 100 countries, raised $10 million in its first funding round last year, and counts among its clients Coca-Cola, Shell, the US Army, IBM, Pfizer, Avon and Xerox. Its free fast-translation app was named the best mobile application available to fans at the 2014 Winter Olympics.

As the owner of a translation agency, Tamir realized that all his competitors are using the same translator databases and marking up the cost in order to cover overhead expenses. Consumers have to call each agency to compare their offerings in terms of price, speed and professionalism.

He reasoned that eliminating the middleman would save clients time and money while increasing opportunities for translators. “What we are doing is bypassing the agency and connecting the user directly to translators,” Tamir says.

“There are more than one million translators all over the world, but to find the right one is more than a matter of someone who knows the original and target languages. Our algorithm takes what you’re looking for, and all the information we have about the translator, and makes multiple matches. We recommend that the consumer select at least three, in case someone can’t take the job for whatever reason.”

Thus far, most Smartlation clients are Americans needing translations to and from Spanish, French, German, Arabic and Chinese, and sometimes into more than one target language.

Say you need a business contract translated from English into Farsi and Portuguese. Smartlation lets you search for interpreters with fluency in those languages as well as experience with legal documents. You can manage and pay for both translation jobs on one platform.

“We are a little like hotels.com, expedia.com and other comparison shopping websites, except that in the crowded world of online translation services, we currently stand alone,” claims Tamir, who hopes soon to add services in proofreading and audio transcription.

And like many other comparison sites, Smartlation provides ratings info.

“We show you the translator’s score with us (based on parameters such as experience, available credentials and diplomas and previous client feedback), an estimated due date for job completion (based on the size of the job and the translator’s schedule) and, naturally, each translator’s asking price for performing the job.”

UNCOVER ISRAEL - Get the ISRAEL21c
Weekly Edition free by email
Sign Up Now!
Bring Israel's story to life.
Millions of people around the world rely on us to gain a deeper understanding of Israel. We are the trusted source for original content you won't find anywhere else.
You can make a difference. Donate today to support journalism that brings Israel’s story alive.
SUPPORT ISRAEL21c
Read more on:   online translation service, Smartlation, One Hour Translation, Technology, Culture