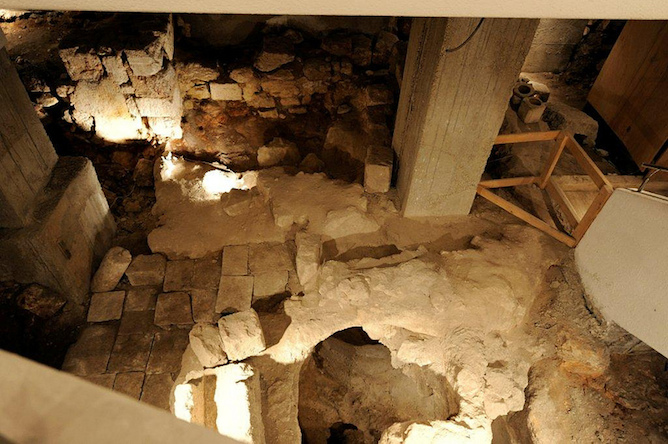 Producers at Keshet Broadcasting, a franchisee of Israel’s Channel 2, are scouting Jerusalem locations for a new action-adventure drama series called Dig. The show, co-written by Gideon Raff (of Hatufim/Homeland fame) and Tim Kring (Heroes), is set to start filming in February 2014 and is scheduled to air on the NBC cable network by the end of the year.

The six-episode series tells the story of an FBI agent stationed in Jerusalem to investigate the murder of an American archaeologist. Mid-investigation – this is not a spoiler, but rather part of the show’s description – he uncovers a 2,000-year-old conspiracy that could change the course of history.

The show will feature Israeli and American actors. It will be filmed entirely in Jerusalem at a reported cost of tens of millions of dollars.

Contradicting reports cited plans to film in the City of David National Park and Silwan neighborhood – which enraged the PLO Executive Committee — but NBCUniversal has said those locations are not on its roster.

If the show proves to be a “big, buzz-worthy project” as NBCUniversal Chief Content Officer Jeff Wachtel phrased it, then the plan is to expand the series to 13 episodes for a second season.

“This is an achievement for the entire industry,” Keshet CEO Avi Nir was quoted as saying in the Israel Hayom newspaper. “Dig is the first American television series to be filmed in Israel. I am certain that we managed to find the best partners for the project, which first came together at Keshet two and a half years ago. Jerusalem Mayor Nir Barkat discerned the potential and without him the project would not have gotten underway.”

“I welcome the decision to film the series in Jerusalem,” Economy and Trade Minister Naftali Bennett, who is also a partner in the project, told the Hebrew daily. “It will help the city achieve international branding as a city of tourism, culture and the spirit, and will also help businesses in the city and create jobs.”

UNCOVER ISRAEL - Get the ISRAEL21c
Weekly Edition free by email
Sign Up Now!
Bring Israel's story to life.
Millions of people around the world rely on us to gain a deeper understanding of Israel. We are the trusted source for original content you won't find anywhere else.
You can make a difference. Donate today to support journalism that brings Israel’s story alive.
SUPPORT ISRAEL21c
Read more on:   Keshet, television, NBC, Spotlight on Israel