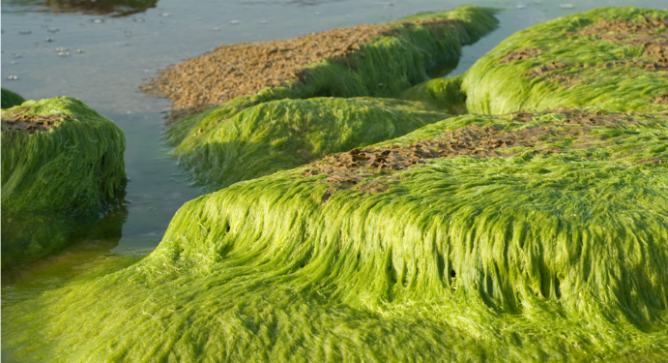 Seaweed was used in past centuries to alleviate a host of ailments. Photo by www.shutterstock.com

Seaweed is prolific in Israel’s Mediterranean Sea. It makes sense, then, that Middle Eastern ancients used it to help alleviate a host of ailments from peptic ulcers to fungal infections and wounds.

Based on past and present literature, archeology, history, biology, linguistics and botany, the Natural Medicine Research Unit for the Study of Complementary, Alternative and Integrated Medicine at Hadassah Medical Organization in Jerusalem is looking into how seaweed can be utilized for its nutritional and medicinal properties. Staffers have been working with Canadian partners to grow the novel idea into commercial projects.

The center’s exploration into the medicinal properties of seaweed and algae is part of its larger mission to “develop Israel’s flora in an ethical, sustainable, responsible green way,” says Sarah Sallon, the director and founder of the 17-year-old center. “And there are treasures to be found here, as our results already show.”

While she shies away from identifying the plant species she is working on in order to protect patents and IP, this is the same center that led the germination of a 2,000-year-old Judean date palm seed several years ago. This particular species is known for good results in treating respiratory problems and depression.

Less is known about plants from the marine environment, yet seaweed and its potential applications in biofuel, pharmaceuticals and nutritional supplements is already a target market for Israeli companies.

While the Japanese may attribute long life to their consumption of the green chewy nori, most of the world is only starting to learn about the unusual minerals and vitamins present in seaweed.

Sallon says that plant genomes from the past, like the ancient date palm in Israel, could be used to tackle diseases like Alzheimer’s, Parkinson’s and cancer. Gleaning some clues from old books by Maimonides, Pliny the Elder and Arab doctors such as Saleh, Sallon’s staff is working like detectives to uncover these secrets so they can be applied in the modern world. 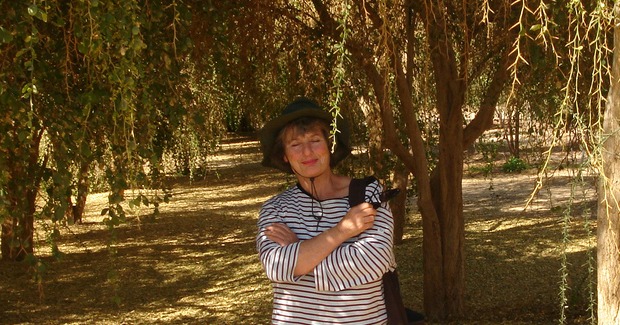 “We look at ancient sources to understand how natural products were used in antiquity. We can read hieroglyphics, cuneiform, Hebrew, Arabic, Aramaic, Greek, Latin and of course the Romance languages of Europe, because everybody came here,” Sallon says of the Holy Land.

“The plants found in Europe are also found here, thanks to European conquests. We use a tremendous number of sources to examine ancient sources to work out how they can be applied today in both seaweed and in plants.”

While some plants from antiquity are mentioned time and again, the tricky part is figuring out what ailment they were used to treat. Coughing from tuberculosis is straightforward, but the symptoms of Parkinson’s, which was definitely around in ancient times, doesn’t always follow the patterns of description the medical community uses today, says Sallon.

She started working on a project called SEAMOP (the Seaweed and Marine Organism Project) with Canadian partners in the mid-1990s, after giving a lecture in Newfoundland and then meeting representatives of Canadian marine engineering firm Oceans Ltd.

The project was granted seed funding by the Canada-Israel Industrial Research Foundation and included researchers from Memorial University in St. Johns, Newfoundland. The Israelis focused on Mediterranean seaweed while the Canadians focused on Atlantic varieties long used by the indigenous Beothuk people. 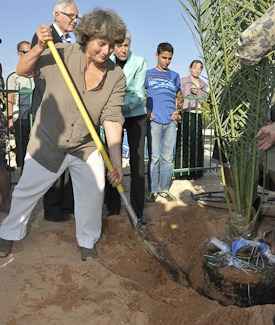 “We have done baseline research on well over a hundred plants,” says Sallon, and some are ready to go to next stage of testing – which may be of interest for investors or strategic partners looking to develop drugs in this hot new area of science.

On both sides of the world, seaweed resources were surveyed for their commercial uses in medicines, foods, nutritional supplements and cosmetics. At the same time, the researchers in Israel developed new techniques for growing seaweed using land-based aquaculture, in conjunction with the Limnological Institute in Haifa, an Israeli center that is pioneering seaweed research.