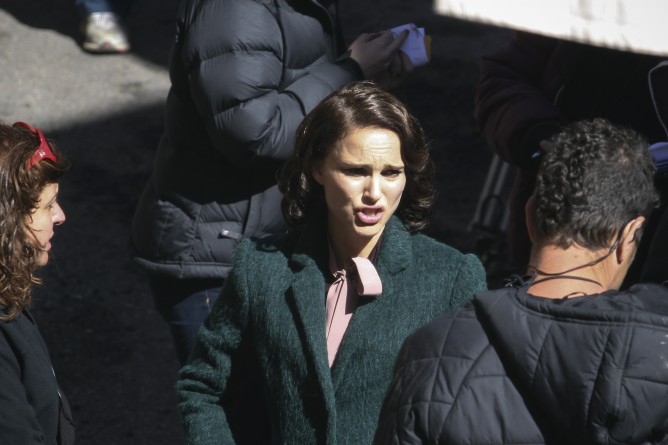 The period piece is set in the 1940s, in the early years after the establishment of the Israeli state.

Social media users were quick to snap any photos they could of the much-talked about set. Status updates included flattering remarks about the Israeli-born Portman’s period costumes – she is directing and playing the role of the Israeli novelist’s mother in a Hebrew speaking role.

Status updates also included who applied to be an extra and why they deserve the $70-a-day payment for being in the crowd. 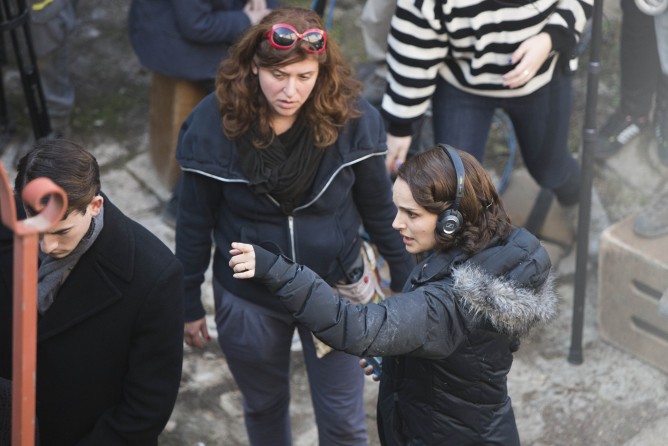 In Jerusalem, Portman — who has dubbed this movie as the ‘project of her life’ — chose to film in the Nahlaot neighborhood of the city. It hasn’t been smooth sailing as some ultra-orthodox residents of the district set up protests against the production.

“There is a constant tension between the desire to celebrate diverse and interesting Jerusalem and the attempts by extremist groups to prevent this,” Deputy Mayor Rachel Azaria told The Times of Israel.

“The attraction of the city, its unique architecture and the efforts of the film and television industry will triumph,” she said, “and the cinematic growth we’ve seen in Jerusalem in recent years will continue to flourish also tomorrow with Natalie Portman in Nahlaot.”

Portman told the Daily News that it was important to shoot her first feature in the city of her birth.

“Israel just captures my imagination in a way, that’s where I wanted to tell my first filmic story,” the 32-year-old actress told the paper. “I don’t know another place that’s so visually interesting and obviously dense with stories, so I’m really, really excited.”

Portman purchased rights to the novel six years ago.