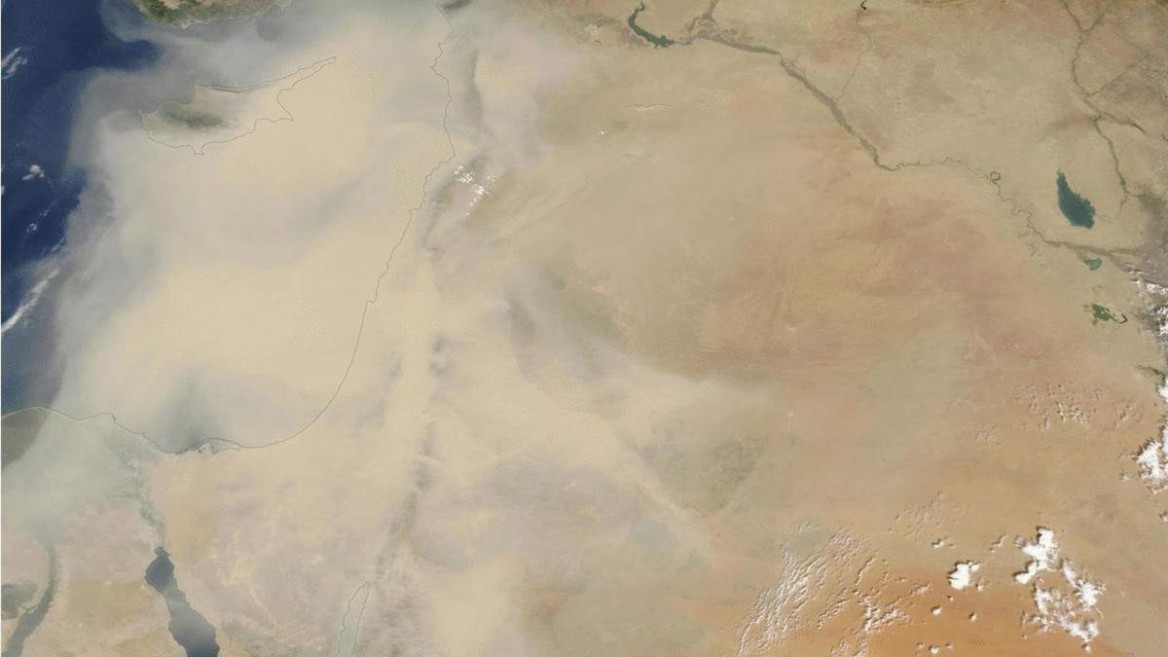 NASA publishes a spectacular image of the sandstorm sweeping Israel and the Middle East. Photo courtesy of NASA

Health warnings continue to abound as Israel wakes up to its second day of a dense desert sandstorm which swept in on Tuesday from Iraq and Syria.

The storm, made worse by rising temperatures, which are expected to reach 38 degrees centigrade in some areas today, has grounded internal flights, killed two people in Lebanon, and sent hundreds of Israelis to health centers for medical treatment. Israelis are being warned to stay indoors.

It may be unpleasant on the ground, but NASA – the National Aeronautics and Space Administration, gave locals a beautiful bird’s eye view of the storm from space.