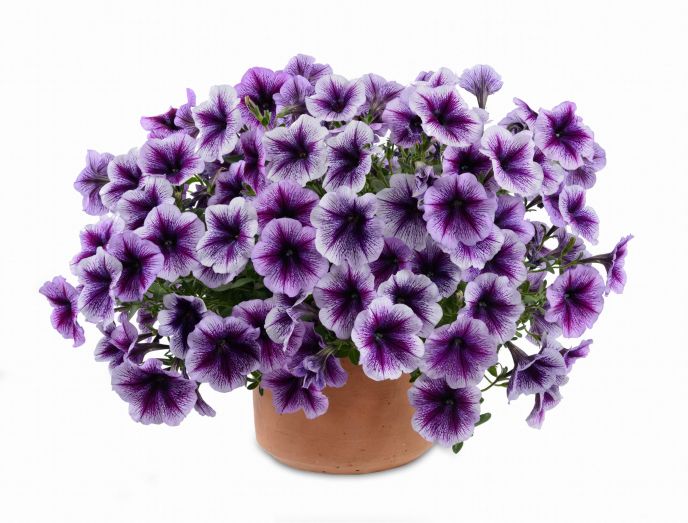 A pot of pretty petunias will practically sell itself, but petunias don’t retain their beauty for long. A joint Israeli-American “precise breeding” project is now working toward extending the shelf-life of these popular flowers.

The platform’s biological “scissors”will be tailored to cut open the flower’s genome at exactly the right spot for MemoGene to deliver the life-extending trait.

“It’s a perfect symbiosis, because we each have a piece of a two-piece puzzle,” says Hanne Volpin, deputy CEO and head of R&D at Danziger Innovations. “We have the technology to deliver tools to make the modification to the genome, while Precision Biosciences owns the IP for the biological scissors that cut the genome.” The partnership is supported by a grant from the BIRD (Israel-U.S. Binational Industrial Research and Development) Foundation warded in December last year.

“This new technology enables and democratizes the process of crop perfection, because until now only very large corporations like Monsanto were active in this area,” BIRD Director of Business Development Ron Maron tells ISRAEL21c. “Now, smaller companies and even university startups can get into this field and offer quicker and cheaper new traits to plant breeders.”

It’s fitting that the petunia project has an Israeli partner. “Plant breeding started in the Middle East and a few other places about 8,000 years ago, and we’re continuing the tradition,” Maron points out.

Volpin explains that “domesticating” plants for the market by selecting genes to enhance yield and seed quality causes some desirable traits to be lost along with undesirable ones. Reinserting the lost “good” trait is a cumbersome, lengthy process that can be shortened by using GMO genetic modification – a technique that is highly regulated because it raises questions of safety in food crops.

“Our [genetic engineering] technology is as specific as GMO, but it’s deregulated because we’re not adding any new genes you wouldn’t find in nature,” Volpin tells ISRAEL21c. This advantage hastens commercialization and avoids consumer concerns.

Though the technology can be applied to just about any crop – and probably will be in the future – petunias were a good place to start. The pink-to-purple flower is a favorite; 300 million to 350 million cuttings are supplied to growers around the world every year. And the flower is well understood on a molecular level due to numerous scientific studies. Another reason to start with petunias is Danziger’s expertise and market share in petunia varieties. The family-owned Danziger Innovations, founded in 2008, is the R&D spinoff of the 62-year-old Danziger Dan Flower Farm, one of the world’s top five providers of petunia cuttings.

“Our petunias are propagated by cuttings, not by seeds,” explains Yael Matar, in charge of Danziger’s business development. “We export our propagating material from Israel to growers and nurseries all over the world.”

Located in Mishmar HaShiv’a near Ben-Gurion International Airport, Danziger Dan Flower Farm is one of biggest floriculture breeders and exporters in Israel, supplying not only petunia cuttings but also propagating material for many ornamental plants and flowers to customers in 60 countries.

The innovative petunias coming from the new joint project are to be tested and implemented in Israel as well as in Danziger-owned flower farms in Guatemala and Kenya, where land and water are more plentiful than in Israel.

These farms, and potentially many more, stand to benefit from the new precision-breeding research now underway.

Maron says that BIRD, which has facilitated about 900 joint projects over the past 38 years, chooses its investments with the goals of creating more jobs and increasing visibility for Israeli advances.

“There’s lots of activity and opportunity in agro-tech now, and we’re working with strategic partners in the United States to make a better connection with Israeli innovation,” he says.

Maron adds that non-GMO breeding has the potential to help solve the world’s looming food crisis. A decade ago, the ambitious and well-meaning Golden Rice project of the Swiss Federal Institute of Technology sought to provide vitamin A-enriched rice to parts of Southeast Asia where many people were vitamin-deficient. But the project failed because of fears about genetically modified crops.

“Millions are suffering and dying just because Golden Rice was labeled GMO and nobody wanted to consume it,” says Maron. “Once we have the proof of conceptfor the Danziger Innovations-Precision Biosciences technology in petunias, we can offer it as a tool to produce better food crops in the future.”