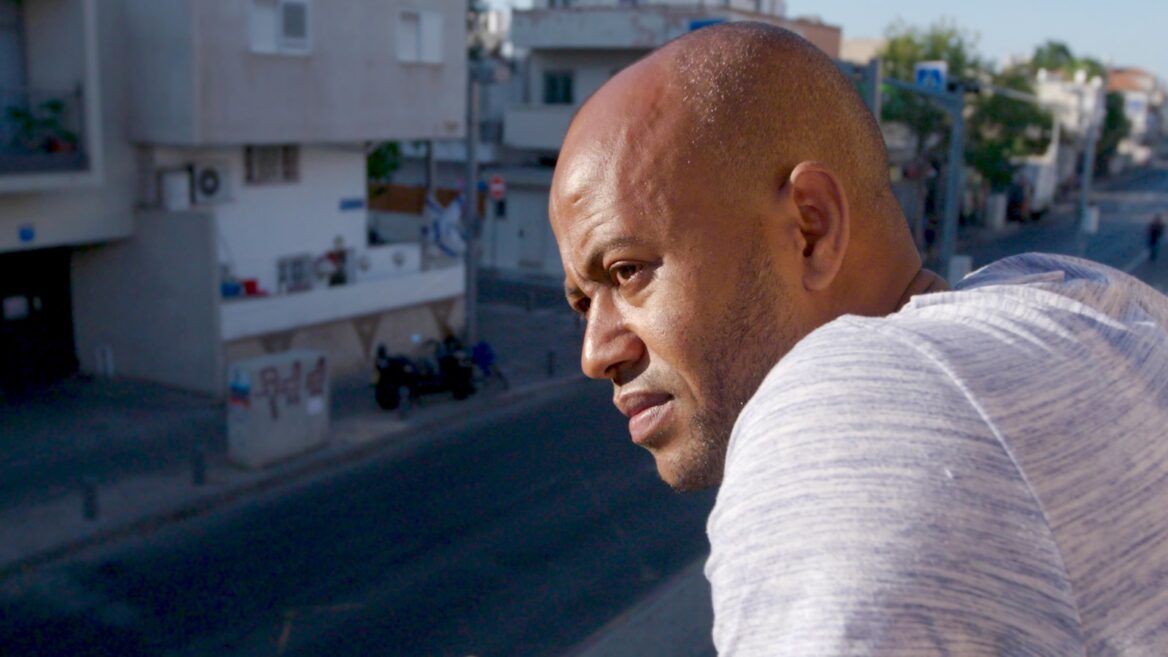 Living by the thousands in crowded conditions, African asylum seekers in South Tel Aviv currently account for about one-third of the city’s 400 cases of Covid-19.

Many of these Eritrean and Sudanese asylum seekers already live with trauma from their forced displacement and their journey to Israel. They face a precarious everyday existence and uncertain future.

Can mindfulness training help them deal with this latest crisis?

Just as coronavirus reached Israel, Bernstein and his Observing Minds Lab were poised for an international launch of their Moments of Refuge Project following a year-long randomized control trial of a groundbreaking group intervention he calls Mindfulness-Based Trauma Recovery for Refugees (MBTR-R). When the pandemic hit, Bernstein and his lab quickly developed Mindfulness SOS for Refugees, a brief online version of MBTR-R in several languages, to maximize access during the pandemic.

Mindfulness-SOS is now being introduced to local and international NGOs that work with refugees and asylum seekers. The timing coincides well with World Refugee Day, June 20.

Moments of Refuge is generating interest across the world because of the novelty of the project and its extraordinary potential impact in light of the global crisis of forced displacement, Bernstein explains. 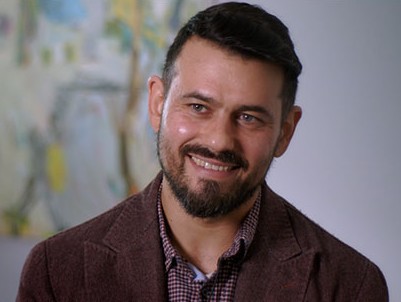 Prof. Amit Bernstein of the University of Haifa. Photo courtesy of shannonharvey.com

Bernstein’s team long planned on developing a mobile web-based version of the program to reach remote populations with limited access to health professionals, as well as to allow more people to engage with the training.

“Having an effective program is a huge first step,” Bernstein says, “but ensuring accessibility and reach of the program to those that most need it is critical in order to translate that science to social impact.”

His team worked around the clock to activate the program during the coronavirus pandemic.

“Within a few days of Covid striking Israel, we started receiving calls from NGO partners, asylum seekers and community leaders that they were in crisis and can’t receive services,” Bernstein tells ISRAEL21c.

“A survey of 900 Eritrean asylum seekers in Jerusalem showed about 85 percent had lost all income, 95% were very stressed economically, and 70% said they may need mental healthcare immediately,” says Bernstein.

“It’s hard to quantify how distressing it is for them. They’re very insecure to begin with in terms of residential status, housing, income, food and healthcare, and very fearful of deportation,” he adds.

Bernstein points out that what’s happening in South Tel Aviv mirrors the mental-health crisis affecting millions of refugees in many countries.

Born in Haifa and raised and trained as a clinical psychologist in the United States, Bernstein has long been interested in how people’s thoughts, memories and internal expressions influence how they adapt to life.

“Some people grow from trauma and others don’t get past the struggle,” he says.

After moving back to Haifa to teach at the university’s School of Psychology 12 years ago, Bernstein founded the Observing Minds Lab.

Kim Yuval, then a PhD student, was working in the community with newly arrived African asylum seekers in South Tel Aviv. He told Bernstein that many of them had survived horrific experiences including trafficking and torture in their home countries and on their way to Israel.

With Yuval’s encouragement, Bernstein and his lab thus began a decade of studies out of a mobile laboratory. They discovered how much stress these survivors were experiencing, and what helped build resilience in some. 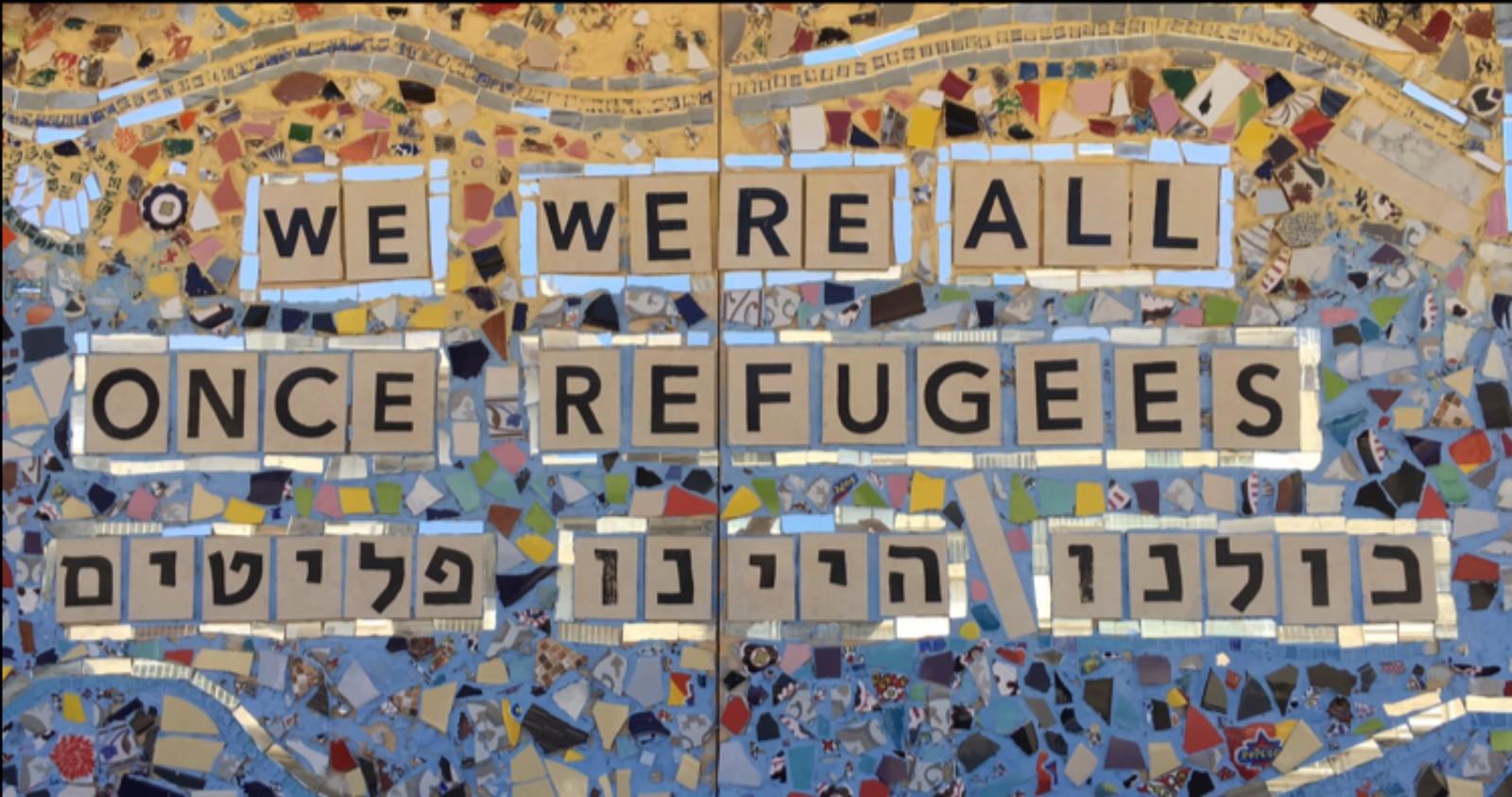 “Once we understood the scale and scope of the severity of post-traumatic stress levels, suicidality, violence and depression in these communities, we knew we had to transition from documentation to intervention,” Bernstein says.

“We needed an evidence-based program to help this population of about 30,000 in Tel Aviv, and tens of millions of forced displaced people around the world,” he says

Mindfulness training seemed to check all the boxes.

“Mindfulness is associated with recovery and resilience to stress, and it is also relatively low cost and can be delivered by different kinds of paraprofessionals on a number of different platforms,” Bernstein explains.

The practice helps people engage differently with their internal experiences. It’s portable and flexible enough to transcend linguistic and cultural differences among refugees.

They developed novel ways of teaching mindfulness meditation to people who, the moment they close their eyes, may see horrific images and feel sensations that can trigger fear and panic.

“We developed and adapted trauma-sensitive adaptations and cultural adaptations into well-established mindfulness practice and techniques. Without these adaptions, we believe the program would not been effective,” says Bernstein.

The sessions were held in a place where people felt safe enough to close their eyes and relax. Participants shared a meal and their children were cared for by babysitters from the community.

“Moments of Refuge has taken the first steps and the findings are extremely exciting in global mental-health intervention science. It looks like this intervention works, for even the most vulnerable and traumatized people on the planet,” says Bernstein.

‘You become somebody new’

“Our original thought was to provide moments of refuge and safety in their bodies and minds. We hoped that this would help some begin the process of recovery,” says Bernstein.

“We found those moments of refuge, for a significant number of asylum seekers, led to significant improvement in post-traumatic stress, depression, anxiety and even some improvements in wellbeing.”

In the “My Year of Living Mindfully” documentary, Eritrean asylum seeker Mogos Kidane Tewelde talks about how Bernstein’s program helps him deal with trauma suffered on his trek through the African desert to Israel.

Tewelde related that his ears still ring with the screaming, crying and vomiting of fellow travelers subjected to severe abuse by the men they paid to transport them.

These memories, on top of everyday stress as a displaced person, made him feel “crazy and depressed.” Bernstein’s team taught him how to create moments of refuge and peace in his mind and body.

“After you meditate, you become like a new person. For some minutes, you become somebody new,” he said.

Tewelde said he hopes Moments of Refuge “will be distributed to all of the people, to become part of the refugee system.”

The success of the Tel Aviv project encouraged Bernstein to build a network of partners in North America, Europe, the Middle East and Africa and launch the global Moments of Refuge Project.

He now seeks funding for a global multisite randomized mega-study to help hundreds of thousands of diverse populations of refugees and asylum seekers begin to heal and recover through MBTR-R and Mindfulness-SOS.

“Inspired and fueled by Covid, Mindfulness-SOS will be relevant well beyond the current crisis,” Bernstein says.