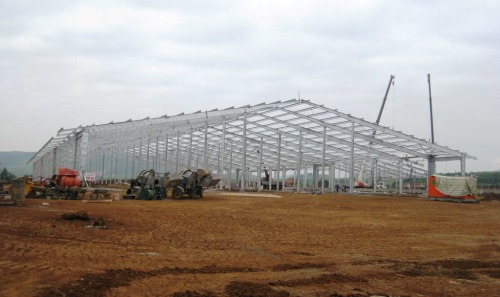 Israeli company, SAE Afikim is helping Vietnam develop its dairy industry, in the largest project of its kind in the world.

In the largest project of its kind in the world and the biggest ever undertaken by an Israeli firm, 30,000 dairy cows are being flown to Vietnam to supply 300 million liters of milk annually as part of a $500 million dairy farm project there.

“This is a very large operation,” says Daniel Hojman, the Uruguay-born manager of dairy farming professional compliance for SAE Afikim, based in Kibbutz Afikim near the Sea of Galilee. With employees from 10 Israeli companies relocating to Vietnam until the project is fully implemented, this is quite an understatement.

The company, whose AfiMilk and AfiFarm computerized systems for modern dairy farm and herd management are globally-recognized, won a five-year contract to manage a new Vietnamese corporation’s scheme to boost milk production and consumption to unprecedented levels in this socialist republic.

Every 50 days starting last February, another 1,500 heifers have landed in Vietnam after a three-week ocean journey. After five years, the operation will encompass 30,000 cows at 12 state-of-the-art mega dairies and a milk processing plant supplying 300 million liters per year. By the end of 2012, 500,000 liters are expected to be produced daily.

Today, the average Vietnamese drinks 11.5 liters of milk each year – most of it made from imported milk powder – compared to 130 liters consumed by the average Israeli. Each dairy cow in Vietnam produces about 3,500 liters a year, or one-third of the output for an Israeli heifer. Israeli know-how will change that.

“The Vietnamese have not developed a professional knowledge of dairy farming, so we have to develop systems, manage the farms and at the same time train them in many different procedures,” Hojman tells ISRAEL21c.

“Right now we are building and managing three farms. We went there to train the managers of those farms for a week and then they came to Israel for another two weeks of training.” When all 12 farms are operational, Hojman will be responsible for educating close to 1,000 employees. 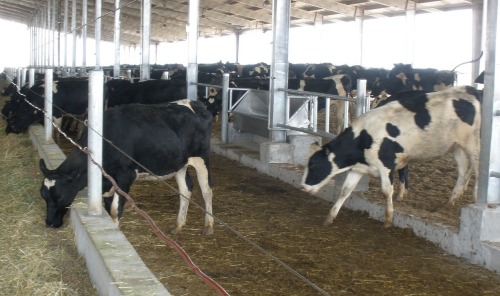 Every 50 days, another 1,500 heifers land in Vietnam after a three-week ocean journey.

Hojman’s team teaches the most basic jobs by example; more skilled jobs with the help of manuals outlining step-by-step protocols; and upper-level management tasks through specially created courses in Israel and Vietnam. With assistance from Israel’s foreign and agricultural ministries, Hojman wants to arrange yearlong internships in Israel for Vietnamese veterinary and agriculture university students to enable them to manage the dairy farms back home.

In the meantime, about 30 Israeli dairy and field crop experts, architects, engineers and construction workers are living nearby in their own little community. Most are young, single men, but one has his wife and daughter with him and the child attends a local kindergarten. Hojman Skypes and phones the crew often between frequent visits, which entail flying 10 hours to Bangkok and then another two to Hanoi followed by a 124-mile journey over land.

“I am grateful to our extraordinary people there, working in not simple conditions,” he says. They are 80 kilometers [about 50 miles] from the nearest large city, Vinh. The Israeli embassy in Hanoi provides them with medical coverage and other needs, but they have little to do socially or recreationally during their off-hours.”

Adapting to the Vietnamese mindset

In their dealings with the Vietnamese, there is a large cultural gap to overcome, Hojman adds. “The Vietnamese people are still under a communist regime and that develops ways of thinking that are quite different from ours. The leader makes the decision and all others accept it and fulfill it. There’s not much room for opinions and discussion.”

Accustomed to lively (and famously intense) give-and-take, the Israelis are learning to adapt to the Vietnamese mindset as they work toward turning the project over at the end of 2015.

Even before the dairy venture began, more than 200 Israeli companies were doing business in Vietnam and exports from Israel accounted for millions of dollars of sales, according to the Israel Vietnam Corporation.

Hojman relates that Israeli companies provide everything from milking machinery to food-preparation machinery. Feeding the growing herd is a major undertaking. Two of three ingredients for their feed are available domestically: concentrated grain-and-protein pellets and byproducts from sugarcane, pineapple or brewery plants. The third ingredient, silage and long fiber, is not yet grown in Vietnam and must be imported from the United States for the time being.

Hojman sees the vast venture as a working advertisement for Israel’s expertise in all the industries involved. “I hope that our ability to manage this kind of huge operation will reflect on all the companies’ reputations to everyone’s advantage,” he says.

UNCOVER ISRAEL - Get the ISRAEL21c
Weekly Edition free by email
Sign Up Now!
Bring Israel's story to life.
Millions of people around the world rely on us to gain a deeper understanding of Israel. We are the trusted source for original content you won't find anywhere else.
You can make a difference. Donate today to support journalism that brings Israel’s story alive.
SUPPORT ISRAEL21c
Read more on:   Environment, Vietnam, Dairy Industry, SAE Afikim