Attached to the stomach in a minimally invasive procedure, the Israeli-innovated device frees diabetics from pills and injections. 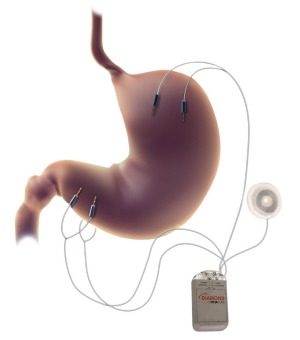 As disturbing new figures emerge that show that 350 million people worldwide now suffer from Type 2 diabetes, according to a recently published study by the World Health Organization and the Gates Foundation, and with the number of people suffering the metabolic disease rising dramatically every year, the race is on for long-term, effective cures.

An implantable gastric stimulator with electrodes attached through laparoscopic surgery to the outer stomach muscles, DIAMOND enhances stomach muscle contractions, which are the natural physiological response to eating. This causes the patient to feel full more quickly during a meal. It also affects the gastrointestinal (GI) system’s release of hormones influencing hunger, satiety and the absorption and metabolism of nutrients.

Initially it was meant as a treatment for obesity, which is one of the risk factors for diabetes. However, according to MetaCure business development director Lior Teitelbaum, DIAMOND was found to be effective independently in controlling blood glucose (sugar) levels. People with diabetes, the seventh leading cause of death in the United States, have abnormally high blood glucose because their bodies either don’t produce insulin or don’t use it properly.

“We have over 230 patients implanted with it worldwide, and we’ve seen the system reduces blood glucose levels significantly,” says Teitelbaum, adding that its results are similar or better than the effects of synthetic insulin and other diabetes medications.

“Usually they need drugs to control each of these conditions, and that leads to problems of drug interactions and compliance,” says Teitelbaum. Many of the current pharmaceuticals used to treat Type 2 diabetes pose a burden because they must be refrigerated and injected.

This is why the search is on to find a comprehensive treatment that doesn’t depend on medication and has minimal compliance requirements. “Our solution reduces weight an average of five kilos [about 11 pounds], improves the blood lipids profile, reduces blood pressure and can even improve liver function,” says Teitelbaum.

The device can be removed or stay in the body indefinitely. It has many advantages over bariatric or “weight-loss” surgery, a drastic measure that can be used only on morbidly obese people and comes with serious lifelong side effects. “We feel confident about DIAMOND’s clean safety profile, unlike drugs that are artificial chemical entities that affect the entire body, or major surgery and its associated risks.”

Turns on when it’s needed

Teitelbaum tells ISRAEL21c that DIAMOND is unique among similar approaches in gastric stimulation because it enhances, rather than artificially paces, stomach contractions. And it is not on continuously, kicking into gear only when its eating detection sensor is activated.

Implanted during a minimally invasive procedure with about a day’s recovery period, the device doesn’t require any action by the patient except for a 45-minute weekly recharging, which is done at home while reading or watching TV. Every three to six months, the patient is checked out by a MetaCure clinical technician to make sure the system is aligned properly with personal physiological patterns.

Successful studies have been completed in Europe and the United States, and additional randomized and comparative studies continue in Europe and Hong Kong, while partners are being lined up for a larger American study toward FDA approval.

DIAMOND is commercially available in Europe but reimbursable only in Germany for now. Teitelbaum projects that over the next two or three years, the device will be introduced to the wider market.

MetaCure, a privately held company spun out of Impulse Dynamics in 2003, has a field office in Dusseldorf and its management, clinical and technology research center in Kfar Saba, Israel.