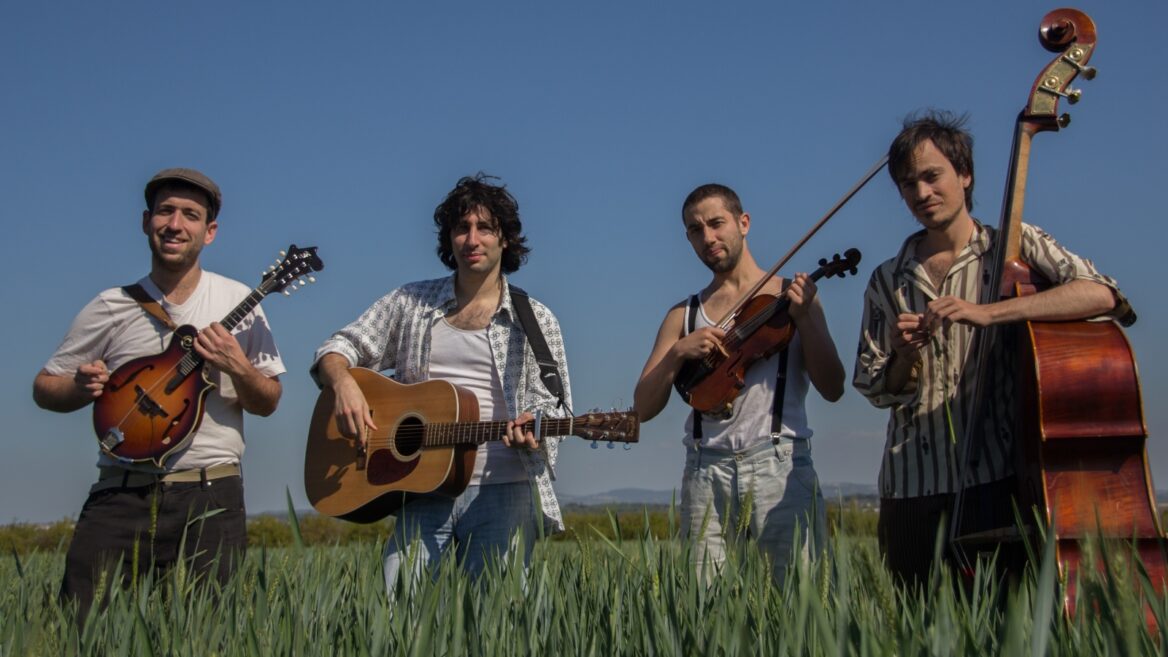 In Tel Aviv, music is everywhere on any given night. And from 7pm to 7am on a Thursday, Friday or Saturday you can enjoy non-stop live music: DJ sets and shows of all genres, in many languages.

While larger venues feature mainstream Israeli artists, most of the music is independent, showcased in small clubs and bars.

Julia Garnits and Anton Dimitriev, new immigrants from Russia, are the partners in electro-pop band Ice Hokku, which regularly sells out concerts in Tel Aviv.

“There are so many different styles on the market, and Israeli music has its own special style of songs with words. Words are very important in Hebrew. And even instrumental music is popular here. The sound and vibe are wonderful, and there are so many talented artists, many choices, many flavors,” Garnits tells ISRAEL21c.

‘The indie music scene in Tel Aviv, or ‘underground’ as it is referred to locally, is on a very high level. Israel is such a small country and yet there are so many talented musicians.” 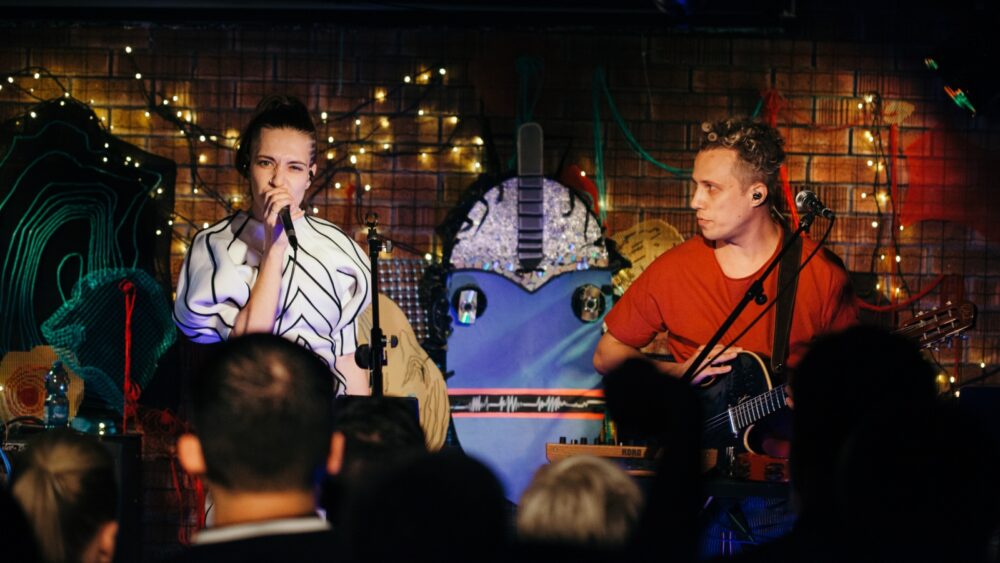 This overabundance of great sound means that visitors to the White City are sure to find something to their liking on its musical menu.

It also means that the supply of sublime sounds often outnumbers the opportunities artists have to share their brands with the public.

To address this conundrum, Ice Hokku created a Spotify playlist called “Ole Hadash”  (New Immigrant) for artists who are newcomers to Israel.

Collaborations also make it easier for indie musicians to gather audiences. Even established musicians like to collaborate because it offers them new vistas.

“There are plenty of communities and meetings that explain to musicians how to start, how to develop themselves, and that’s really supportive,” says Garnits.

“Like the music accelerator program Synthesizer, where we met the rapper Isaac The 2nd, and we have just finished a collab with him.”

For the duo, Synthesizer was “an amazing experience, because we met real Israeli musicians, and came to understand how the scene here is different to what we were used to. We also met with some producers and big names.” 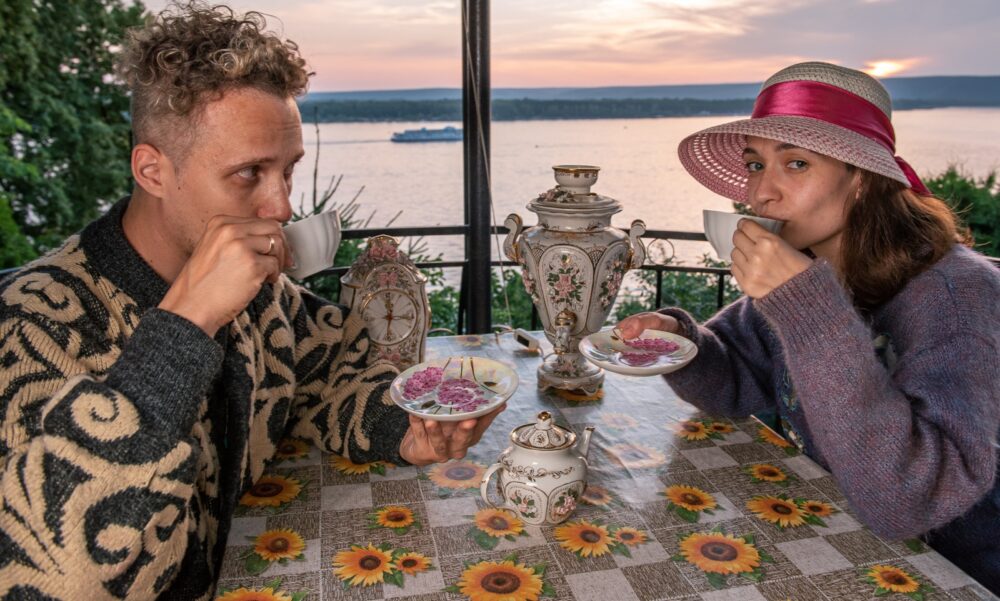 The rise of an artist ultimately depends on the buzz they create, and whether they are able to increase their fan base and sell tickets.

Innovative concepts for live shows are emerging, such as the recent Silent Disco live show of rapper and reggae artist Rasta Hai. He performed inside the famous 420 shop on King George Street while ticket buyers stood and danced outside wearing headphones.

The international franchise Breaking Sound is another innovative way for emerging independent musicians to get bookings.

The organization arranges monthly three-hour concerts featuring up to five artists in a single evening.

“Awesome” is how Adina Korn, a Los Angeles singer and songwriter who licenses her songs to TV, describes the music scene in Tel Aviv. “Everyone knows everyone, and everyone is so talented.” 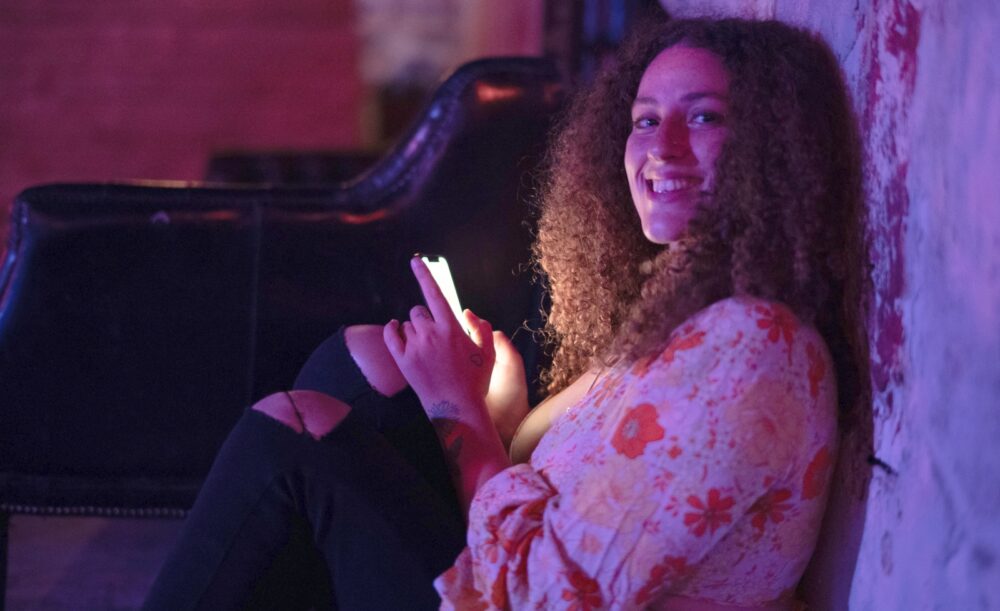 Talent recruiter Adina Korn in the wings at Ozen Bar during a Breaking Sound event. Photo by Manuel Guzmankiser

Stuck in Israel while on a family visit when Covid broke out, Korn serendipitously became the talent booker for the Israel branch of Breaking Sound. She has since engineered six sold-out concerts at the Ozen Bar and Radio EPGB.

Bringing crowds and selling tickets is the name of the game as far as advancement is concerned.

Which is why Breaking Sound has a waiting list of hundreds of talented applicants. It specializes in filling venues whose audience cap is 250, with tickets available for 50 shekels (about $15) on presale, “a price that is at the lower end for live music,” explains Korn.

“This way, fans of a particular act are introduced to new music, and new artists meet each other,” she explains. Gibraltar-born Isaac Marrache, aka Isaac The 2nd, who performed in the December Breaking Sound showcase, says: “It provided me with the chance to have four times the crowd I would have had on my own, as well as reducing the cost of production and marketing, and I didn’t have to secure the venue.” 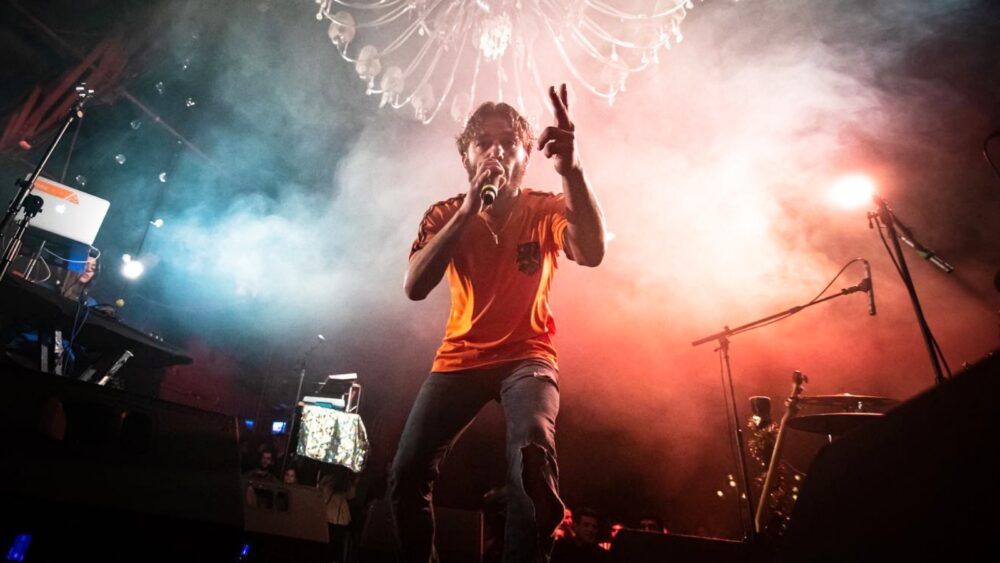 Isaac The Second performs under the Barby’s iconic chandelier, 2021. Photo by Yoram Allouche

He explains that the iconic Tel Aviv club Barby is “the holy grail for independent artists, yet also the ultimate test of your fanbase size and power.”

Once an artist can easily fill the Barby’s 1,000-person capacity, larger venues and nationwide tours are the next step.

Natan Galili, bandleader of the folk-country music band Jacks of Diamond, defines the Barby as “Tel Aviv’s pinnacle indie venue, with its graffiti on the outside and huge, iconic chandelier in front of the stage.”

“It is not difficult to perform at the Barby,” says Galili. “You just rent the place; but of course the responsibility for selling tickets is on you. My band, Jacks of Diamond, was invited to participate in an event organized by someone else, so we didn’t have to worry about that, as the place was sold out in advance.”

While from time to time independent artists can fill the Barby, it regularly hosts sold-out shows from household names such as Teapacks (aka Tipex), Atar Mayner, Jasmin Moallem, Shotei Hanevua, Lucille Crew and Teddy Neguse.

Avri Zaphnat (aka Avri G), founder of Pele Rekordz – and producer MC (a rapper who is also the host of an event) and former DJ for his Pele Ozen rap group – suggests that the Barby’s legendary reputation is partially due to its many years in existence.

“But really, today there are also other great venues no less prestigious than Barby,” he says. 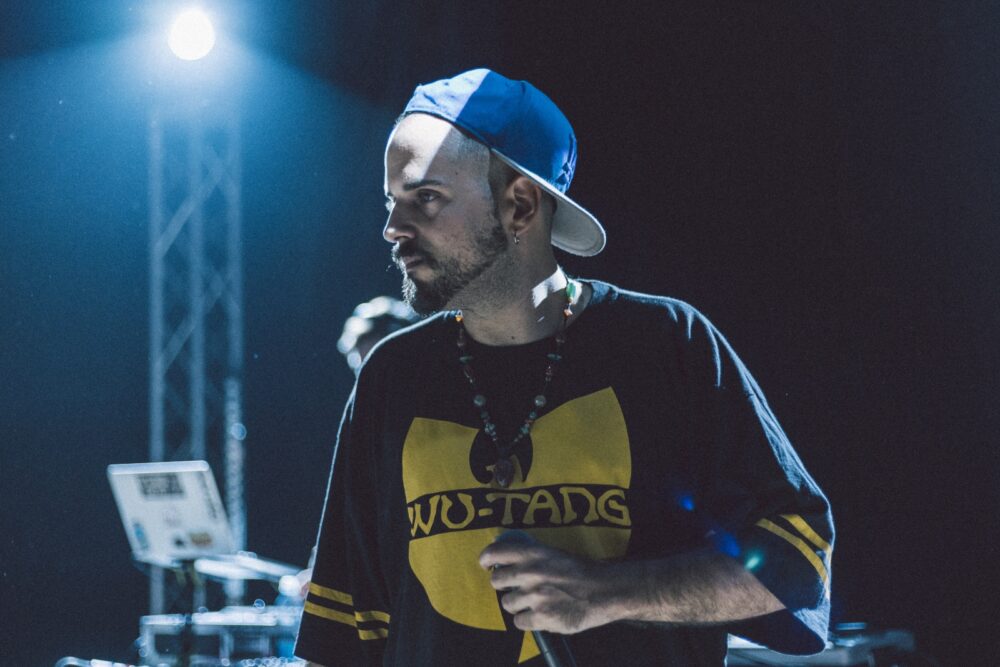 Avri G names other clubs with a 1,000-person cap, in particular Gagarin, Reading (Hangar 11) and Zappa, as equally reputable venues. Kuli Alma is another great spot, he says, but although it pays for your show, the audience gets in for free so you are not really selling tickets.

“The main thing I like about the music scene here is that it’s such a small community and a small country — everyone knows everyone. This makes it easier. If you have a good buzz everyone will hear about you,” Avri G says.

All in for peace

In addition to MC Avri G, the band Pele Ozen is made up of Brill Hatzil, Roison Harais and Flow Nevo (Nevo Shirazi) as well as DJ Smilez. 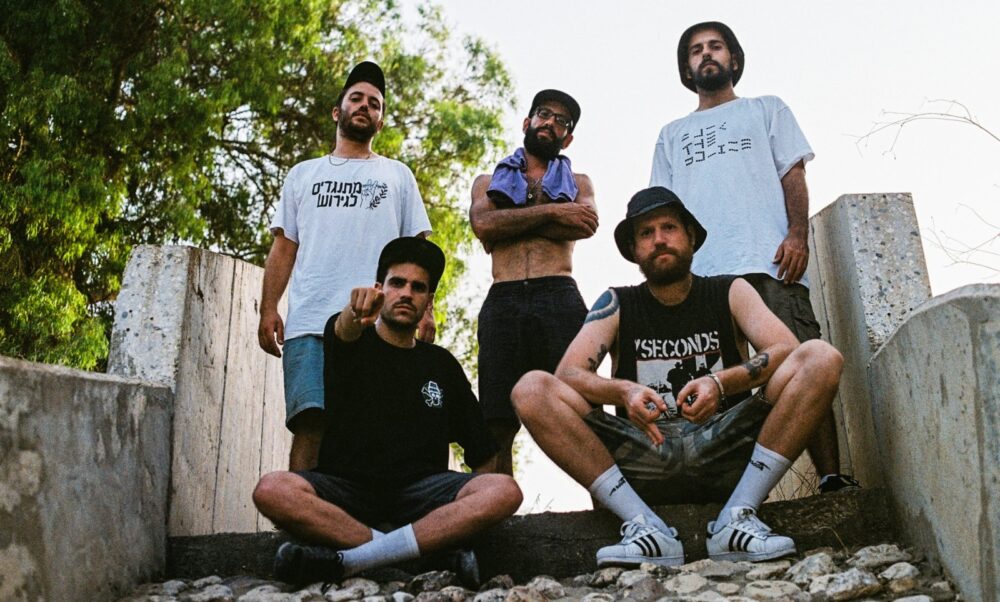 “Most of the stuff I produce in my studio goes to Pele Rekordz and this is also the outlet for the band’s music,” says Avri G, who produces a hefty list of artists that includes Sebastian, Yona, Shaanan Streett and Asch.

Avri G also teaches hip-hop and rap in private and group lessons and in schools and picks up on opportunities that present themselves.

He says the main problem of the music scene in Tel Aviv is its geographical limitations.

“We only have this little country to do our business in, and it’s not really easy because you don’t have a lot of places to go and perform. But you have so many amazing artists in Israel,” he says.

“We can’t travel by car to the countries around us at the moment. I would love to see it happen. I am all in for peace, peace in the Middle East, and for us to do whatever we gotta do to make it happen for our children.”

UNCOVER ISRAEL - Get the ISRAEL21c
Weekly Edition free by email
Sign Up Now!
Bring Israel's story to life.
Millions of people around the world rely on us to gain a deeper understanding of Israel. We are the trusted source for original content you won't find anywhere else.
You can make a difference. Donate today to support journalism that brings Israel’s story alive.
SUPPORT ISRAEL21c
Read more on:   Culture, Israeli music, Tel Aviv