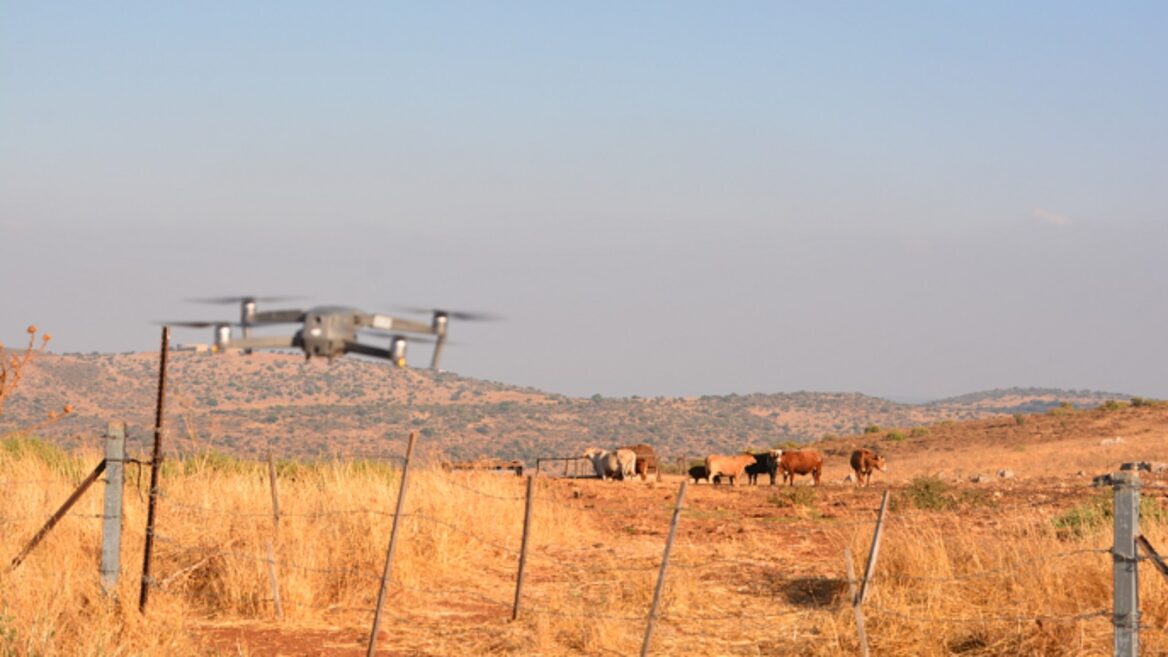 It’s one of the most iconic images of the Wild West: a cowboy herding his cattle on the open plain.

Noam Azran is an Israeli version of the classic cowboy – a passionate rancher living in the Upper Galilee. But he’s ready to give up the romance of the open plain for technology that will reduce his herding costs and give him time with his family.

Azran’s company, BeeFree Agro, is developing “Joe,” an autonomous drone system Azran has dubbed the world’s first “click and herd” solution – or, if you will, “Cowboy as a Service.”

We caught up with Azranby Zoom from Dubai where he and his partner Dvir Cohen were showing off their technology at Gitex, one of the only in-person tech conferences taking place during the pandemic. (Dubai was classified as “green” during the week of the conference due to its relatively low number of Covid-19 infections.)

BeeFree Agro’s main focus is on using drones to help herd cattle, but the Emiratis have taken interest in BeeFree for a different four-legged creature: camels. “They have a problem of camels crossing the highway and people crashing into them,” Azran tells ISRAEL21c. “With a few adjustments, we found that our system can herd camels, too.” 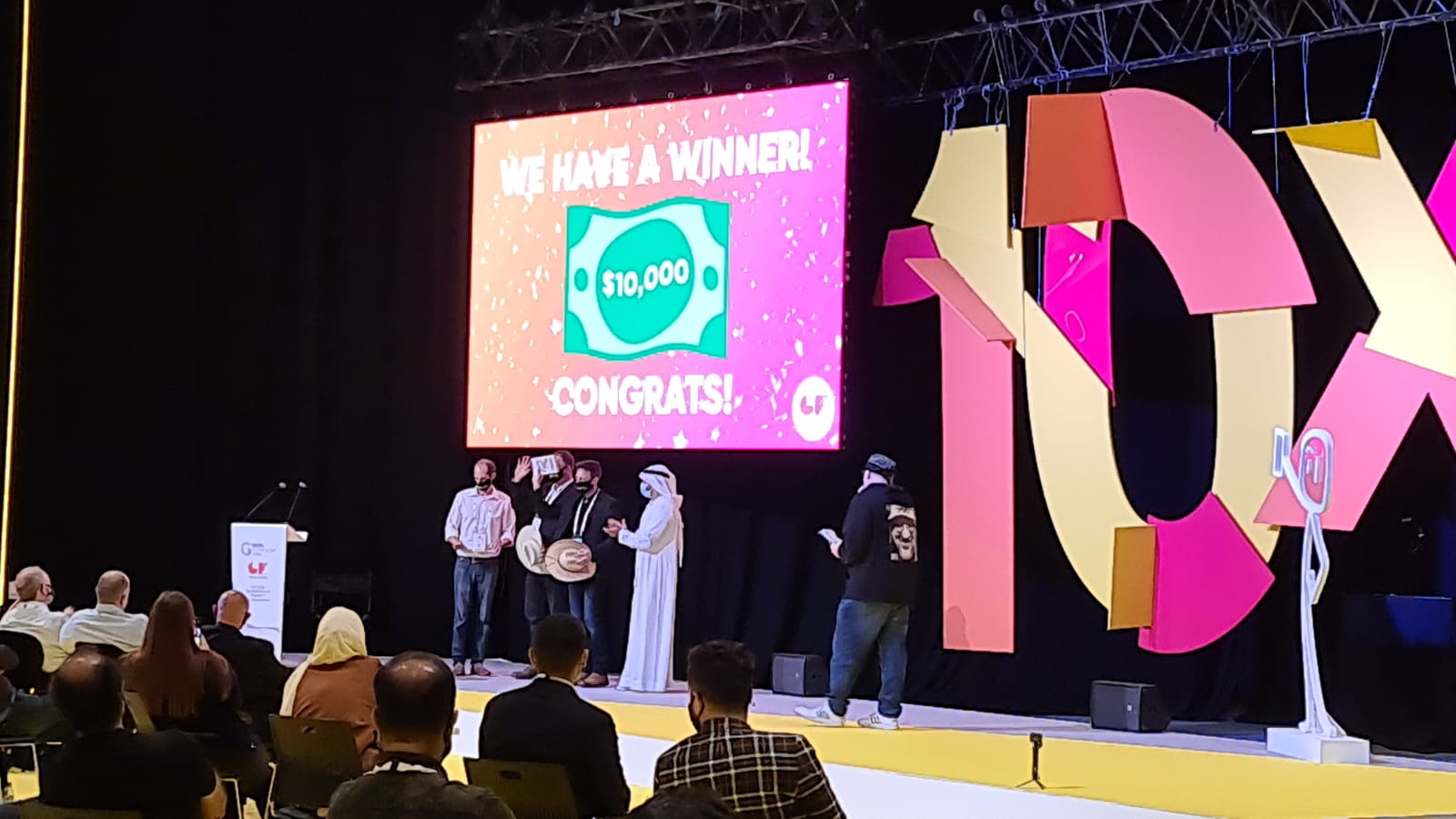 Azran and Cohen had already been using drones for several years, but mainly “to ensure the troughs are full of water and the fences are up,” Azran explains.

But they noticed that the cows would move away from the drones. Could drones be used to herd the cattle as well?

Livestock are always on the alert for predators, so when a horse or a dog approaches, they instinctively respond by moving away. “They don’t see any difference between a herd dog or a cowboy or a drone,” Azran says.

The cattle respond to the movement of the drone, rather than the sound. “Although sometimes we do add sounds of dogs barking,” Azran notes. “What matters is that we move them with the least amount of stress possible. If we try to scare them away, it just creates a mess.”

In 2014, the Azran and Cohen began a pilot with their own livestock.

“We went from needing to hire two or three hands on the ranch to it just being the two of us,” Azran says. “Instead of working 16, sometimes 18 hours a day, we were able to work just 10 to 12 hours a day.” 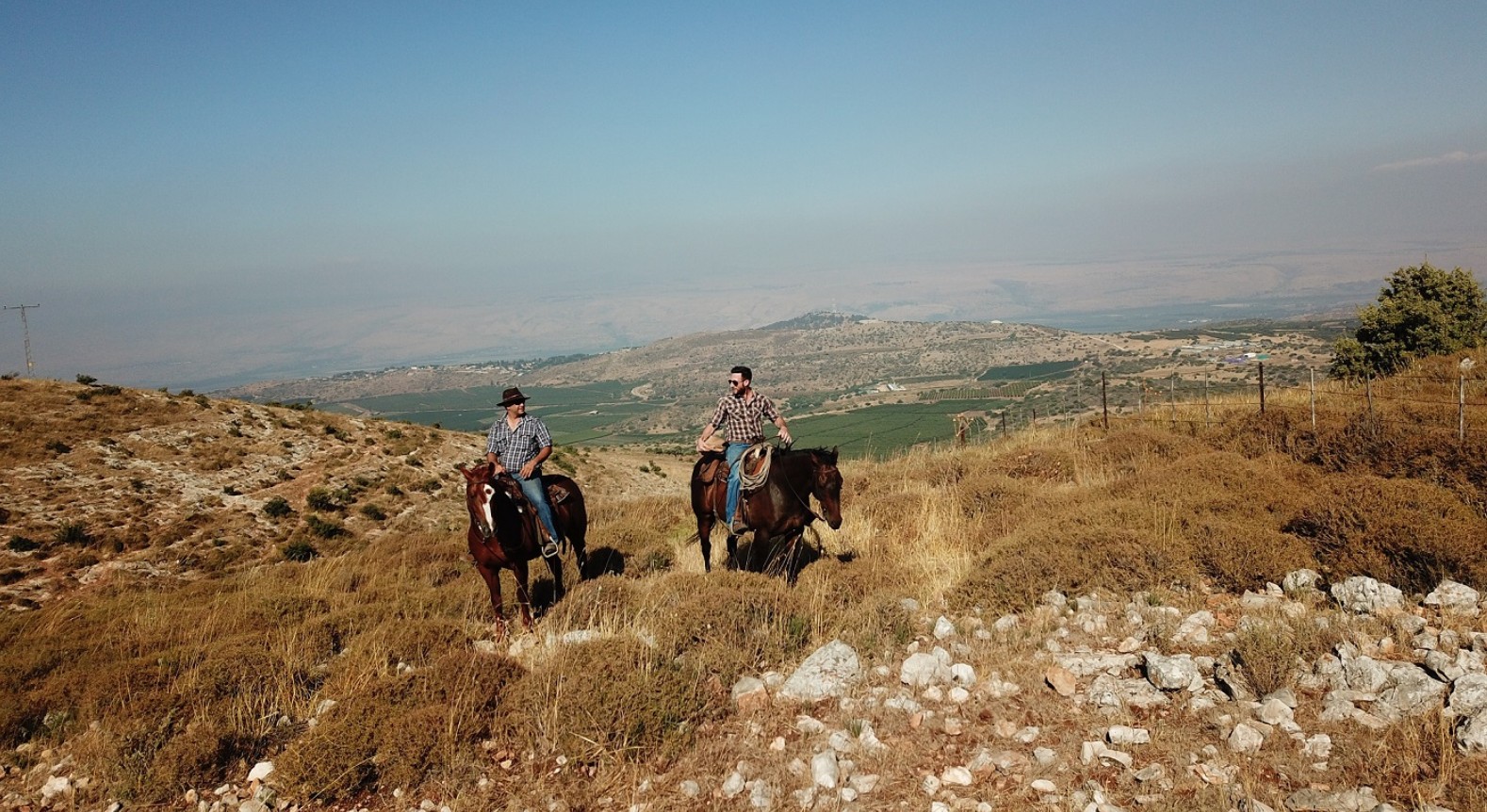 Azran and Cohen were eager to show their fellow ranchers what they’d pioneered. Their colleagues loved the idea, Azran said, but they were cowboys not IT specialists.

“To get them to become professional drone pilots was not the solution. We realized that we needed to create an autonomous system if we were going to commercialize this.”

Launched by an app

Joe is controlled by a mobile app. The software first pilots the drone around the countryside to scout out the most efficient herding routes. Then it’s one click to launch the drone.

Onboard cameras provide a live video stream to the Joe app so the rancher knows what’s happening in real time. The cows (or camels in Dubai’s case) need to have GPS tags attached so the system can track them.

GPS tags also play a preventative role. “If there’s abnormal behavior in a herd – a predator is coming or someone is trying to move the animals where they shouldn’t be – the rancher will get a notification and can send out a drone. He’ll get video footage so he can see who’s messing with his animals,” Azran explains.

BeeFree Agro is building the software only; the system is intended to work on any type of off-the-shelf drone hardware. The company has been using the DJI Mavic Enterprise 2 drone so far.

The drones can fly up to five kilometers and a single drone can move up to 1,000 head of cattle.

The drones don’t have to stay in the air the whole day. “The animals are okay on their own most of the time. The drone can go out and check periodically on infrastructure, to see if the fences are up. Moving a herd takes only one to three hours depending on the size of the herd and the land,” Azran says.

BeeFree Agro’s drone system does not replace cowboys entirely. “No rancher will want to move a herd when he’s not there,” Azran says. “We’re giving them the capability of moving their animals with just one cowboy rather than five cowboys with horses and dogs. We’re not trying to disconnect the rancher from his land.”

Reducing the number of human ranchers is important for another reason.

“There’s a shortage of skilled manpower in this industry,” Azran says. “The younger generation that’s supposed to continue this process is leaving the countryside. They don’t want the 18-hour days.”

After Israel, BeeFree’s first international market will be Texas, home to 10% of all the cattle in the United States. BeeFree aims to have 10 to 20 pilot programs around the world running in 2021.

The global cattle herd market is estimated at about 700 million head of cattle. 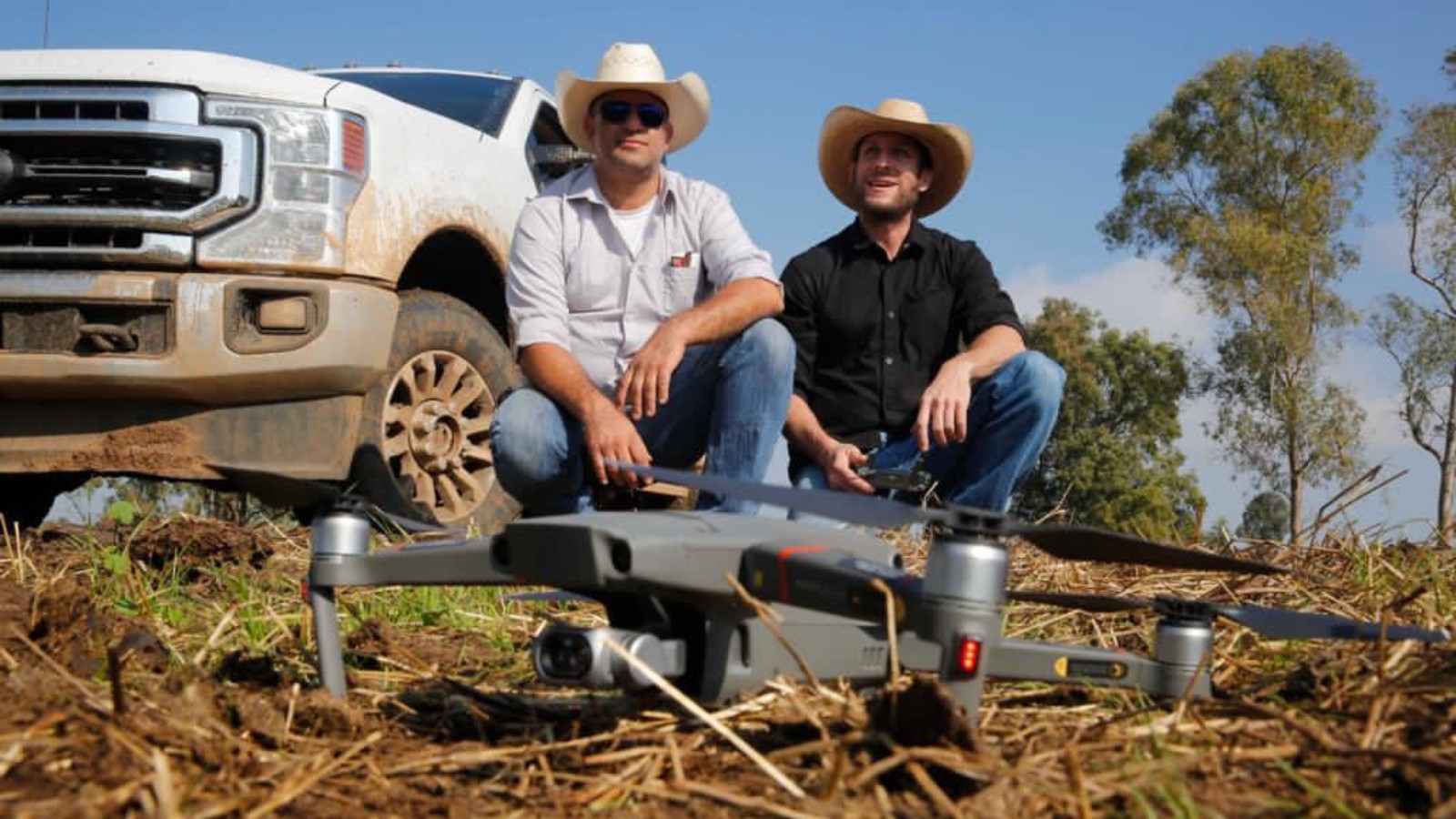 Noam Azran and Dvir Cohen with the Joe drone on their ranch. Photo courtesy of BeeFree Agro PR

Azran and Cohen have given up the ranching life, at least temporarily, for that of tech entrepreneurs. They incorporated the company in January 2020, raised $200,000, including a $35,000 grant from the Israel Innovation Authority moved into an office in Rosh Pinah.

“Most of my life has been on a horse and with animals,” Azran says. “I got married on the ranch. Dvir’s children were born on the ranch. Now we’re going out in the world. It’s a very different experience. But we are fully invested in this. It’s both wonderful and overwhelming.”

When they were still ranchers, Joe helped Azran and Cohen cut labor costs by 50%, but even more than that, it gave the veteran ranchers something that may be less quantifiable but equally precious: “More time to be with families and happier, healthier lives,” Azran says. “I can go to sleep at night knowing that my animals are okay, and if something happens, I’ll get a notification and have the tools to intervene.”

That may very well be even more romantic than the iconic cowboy on the plain.