Leah Nechimov on her goat farm.

Three years ago, 20 young families left central Israel for a new life in the northern Negev Desert near the Gaza Strip. Their seed community, Shuva (“Return”), recently launched a crowd-funding campaign to finance a kindergarten as the population grows.

London-born Miriam and Miami-born Daniel Fuks, both 28, came here in September 2010 from an established nearby kibbutz. As immigrants of less than 10 years, they wanted to integrate more deeply with Israeli society by contributing to its development, Miriam Fuks tells ISRAEL21c.

She is a social worker and Daniel spends a few hours a week mentoring a local youth and volunteering while completing his master’s degree at Bar-Ilan University in Israel studies. They have a three-year-old daughter.

“Shuva is known as a less-developed moshav [collective village]. We wanted to give of ourselves to improve it,” says Fuks.

The Negev is one of the few places where the pioneering spirit thrives in modern Israel, says Raz Arbel, head of tourism for the Ramat Hanegev Regional Council — the largest Israeli regional council in terms of area, encompassing 13 villages and 23 farms on 1.1 million acres stretching from Yeruham to Mitzpeh Ramon.

“But the translation of pioneering is different today; it’s more about self-fulfillment,” Arbel tells ISRAEL21c. “People feel they really are doing something meaningful — blooming the desert, building their houses on the border of Egypt, struggling with nature and distance and economics. Every year, 100 to 125 Israeli families are coming to our region.”

From Beersheva at its northern tip to Eilat at its southern tip, the Negev accounts for more than half the land mass of Israel, yet only eight percent of the population lives in its spread-out municipalities. 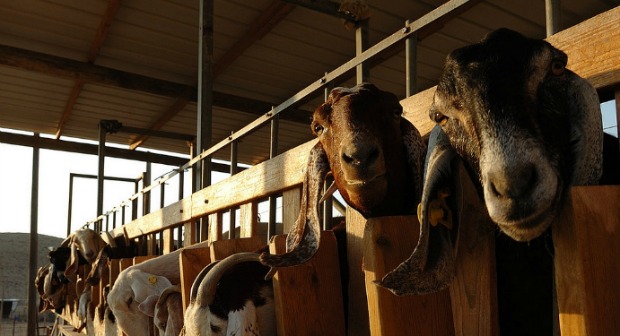 Israel’s first prime minister, David Ben-Gurion, predicted in the 1950s that the vast desert would someday house seven million Jews. Today there are about 700,000 Negev residents, both Jewish and Bedouin Arab.

But change is slowly coming, helped along by government and private initiatives to build reservoirs and community centers, schools and agricultural research stations to help farmers exploit the benefits of the arid climate.

Making something out of nothing

While the scorching summer heat and frigid winter nights might scare away some would-be farmers, others appreciate the Negev’s climatic advantages.

“We are the only area in Israel that can grow cherry tomatoes for 10 months of the year,” says Arbel. “We produce 25 tons per quarter acre, while the average in the world is seven.” 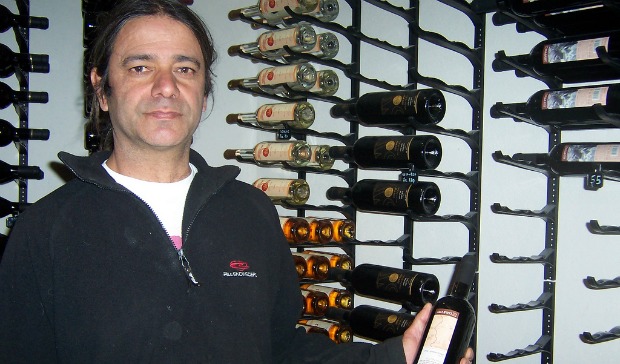 Grapes also love the Negev weather. Wine was produced here thousands of years ago by the Nabatean civilization, and those vineyards are being revived today at small family farms along the ancient Wine Route.

Asked why he chose to live here 15 years ago, he gestures toward his unusual house made of four shipping containers. “I love making something out of nothing. I made everything here with my own two hands,” Zohar tells ISRAEL21c.

He and his wife also built a Desert Lodge because, like many Negev pioneers, they depend on tourism to supplement their income.

At Naot Farm, Leah and Gadi Nechimov built four guest cottages on the outskirts of their goat dairy. The surrounding brown hills of the desert provide a serene setting that appeal even to the most urban tourists.

“We get Israelis and European tourists from countries such as Finland, Poland, Italy, Spain, Holland and Germany,” Leah Nechimov tells ISRAEL21c.

Orly Sharir and her husband hand-press their argan nut oil.

“These are desert-lovers looking for a quiet place, not a five-star hotel. Recently we had a family from Las Vegas and I thought they would get bored and leave after one night. They stayed for four days.”

The Nechimovs have stayed for nine years. “At nearly 40, it was time to fulfill our dream to build a farm from zero,” Nechimov explains.

Golan Cohen, 37, and wife Noa arrived in Be’er Milka, a new Ramat Hanegev farming village, six years ago. They experimented for a year with different plants in the desert soil before establishing Shirat Hamidbar (Song of the Desert).

“We found interesting things to grow,” Cohen tells ISRAEL21c. “The first thing was argan trees from Morocco. We have a huge underground saltwater aquifer watering them. Hopefully next summer we will start producing oil.”

The Cohens’ medicinal herbs, table grapes and orchard fruit are certified organic. Visitors learn how to use the herbs and how to grow them in imperfect conditions.

“Not everybody can live this way,” says Arbel, “and some of the farms failed but most have been successful. People are coming here with all kinds of creative ideas. One family decided to raise parrots. The market was slowing down, so they switched to aquarium fish.”

Zionism in the Negev

Orly and Yoni Sharir established their Orliyya Farm in late 2003. 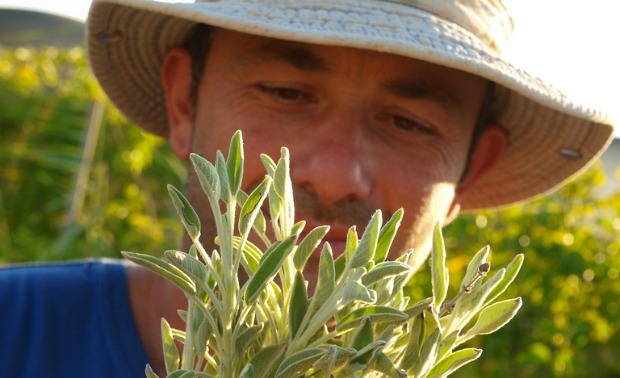 “We are part of a regional project to settle families between Beersheva and Mitzpeh Ramon,” says Orly Sharir. “We got a map of places to choose from, and we chose this. As a couple, we always liked the desert and we were interested in Nabatean agriculture.”

The Sharirs harvest nuts from 400 argan trees growing organically in their valley. They crack the nuts by hand and press the seeds to get an oil that is prized for its antiseptic and nutritional qualities.

“We speak to groups about Zionism and agriculture in the Negev in 2013,” Sharir says. “You can walk around and see the ancient Nabatean paintings on the rocks. Yoni is training camels, and you can meet them, too. We sell our oil and exfoliating soaps made from the crushed seeds, and also the limoncello that Yoni makes from the lemons around the farm.”

Design your own community

Not all the new Negev newcomers are farmers. Many of them work in academia, healthcare or industry in Beersheva or other cities within an hour’s distance.

“People are willing to pay the driving time if they have a good community,” Arbel says. “If you design your own community you can decide what your life will look like.”

Alon Badihi, executive director of the Jewish National Fund’s Israel Office, says hundreds of names are on a waiting list for Gvot Bar, a brand-new exclusive secular community near Beersheva with space for about 400 families.

Many Gvot Bar residents will keep their jobs in central Israel thanks to the proximity to major highways. Ditto for Carmit, a new village between Beersheva and Arad near Highway 6.

“It will be huge,” predicts Badihi, who says the 100 initial plots offered for sale aren’t nearly enough. “In the end, there will be 400 plots. I would guess we’ll be overbooked in a matter of months.”

And it’s not just Israelis who are moving south.

The JNF is working with Nefesh B’Nefesh, an organization that facilitates aliyah (immigration to Israel) from North America and the UK, to find five physicians willing to settle with their families in Sapir, a new Negev community in the Arava Valley where a regional hospital is being built to serve the surrounding communities.

“It’s not yet Ben-Gurion’s vision that everyone will come to the Negev,” says Arbel, “but slowly, slowly we are growing.”

UNCOVER ISRAEL - Get the ISRAEL21c
Weekly Edition free by email
Sign Up Now!
Bring Israel's story to life.
Millions of people around the world rely on us to gain a deeper understanding of Israel. We are the trusted source for original content you won't find anywhere else.
You can make a difference. Donate today to support journalism that brings Israel’s story alive.
SUPPORT ISRAEL21c
Read more on:   Culture, Negev, immigrants, Nefesh B'Nefesh, Jewish National Fund