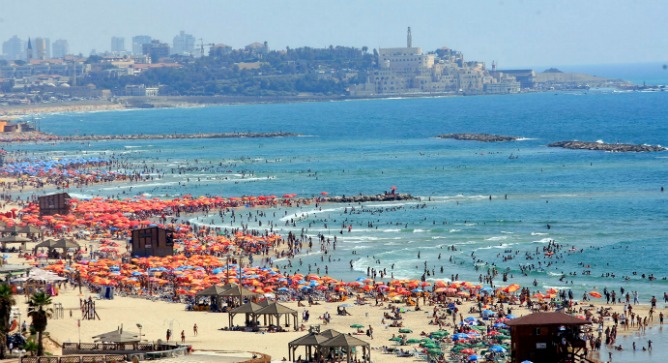 Tel Aviv beach in the summer. Photo by Flash90.

Matador Network has released the ultimate travel guide to partying around the world and names Tel Aviv as its number one beach party location.
The guide, titled 101 Places to Get F*cked Up Before You Die, is aimed at world-trekking party-goers and is written by “professional party-crashers” in search of the best parties in the world.

Tel Aviv is hailed for its hedonistic ways. Surprisingly, the White City triumphed over other top beach hotspots including Goa, Phuket, and Ibiza.

“Israel’s financial hub sure knows how to throw a party. Business licensing is lax here, which means there’s always a new hotspot on the scene, with new clubs sometimes literally popping up overnight. News spreads on the beach, so skip the recommendations in the guidebook and catch a few rays while chatting up some locals to find where the pulse is beating that night,” reads 101 Places.