Well, not quite. The rats in the lab of University of Haifa psychology researcher Dr. Irit Akirav did get an injection of cannabinoids, a manmade version of marijuana.

Akirav was able to determine that if the substance is given during a certain window of time after a traumatic event, it blocks the development of post-traumatic stress disorder (PTSD)-like symptoms.

Photo by Yossi Zamir/Flash90
Cannabis doesn’t erase the painful memory, but it does appear to lessen the after-effects in rats.

The results of her study, published in the journal Neuropsychopharmacology, indicate that administering a dose of medical marijuana to humans who arrive in the emergency room after an accident could keep PTSD symptoms from appearing.

She and research student Eti Ganon-Elazar subjected a group of lab rats to psychological, physical and mechanical stress, including being restrained for two hours. Afterward, the rats were abnormally anxious and displayed symptoms resembling PTSD in humans: exaggerated acoustic startle response and impaired extinction learning.

The first means they were nervous and jumpy when hearing noises. The second implies an inability to learn that something that was once dangerous may now be perfectly safe.

“It’s healthy to learn that something is dangerous, but people with PTSD live in constant fear of things that are no longer dangerous,” she says.

The anxious rats were then divided into four groups. One received no cannabinoids at all; the second was given an injection of the substance two hours after trauma; the third group after 24 hours and the fourth group after 48 hours.

“This indicates that the marijuana did not erase the experience of the trauma, but that it specifically prevented the development of post-trauma symptoms in the rat model,” says Akirav, whose area of interest is how cannabinoids affect learning, memory, stress, trauma and depression. Her lab also focuses on the effects of stress on learning and plasticity in the brain. 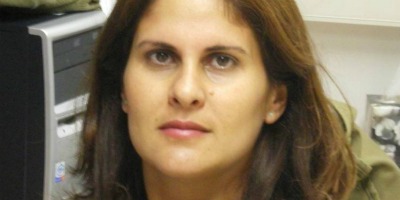 The researchers later looked at the brain mechanism involved, and they confirmed that the cannabinoids act on a specific receptor in the amygdale area, which is responsible for the response to trauma.

Will it work in humans?

Rats’ physiological reactions to traumatic and stressful events are similar to human reactions, says Akirav. She is now applying for grants to continue the study at the next level – humans. Already, she’s gotten inquiries from psychiatrists about cooperating in these studies.

If there is a particular window of time during which administering marijuana is effective against PTSD-like symptoms in rats, this window is probably longer in people because the human life span is significantly longer than that of rats.

“There are starting to be experiments with humans, some of them in Israel. But you need to do highly controlled experiments and need to know the exact dose,” she says. “If people are simply smoking marijuana, you can’t tell how much they are absorbing. That’s a bit problematic.”

Akirav wants to emphasize that no amount of marijuana can remove the traumatic event from one’s memory. “All the traumatized animals, whether given cannabinoids or not, showed enhanced anxiety, so the substance didn’t erase their memory of the experience,” she says.

“And that’s okay. Humans who don’t develop PTSD are still anxious at least for awhile after a trauma, and that’s a normal response to a terrible experience.”