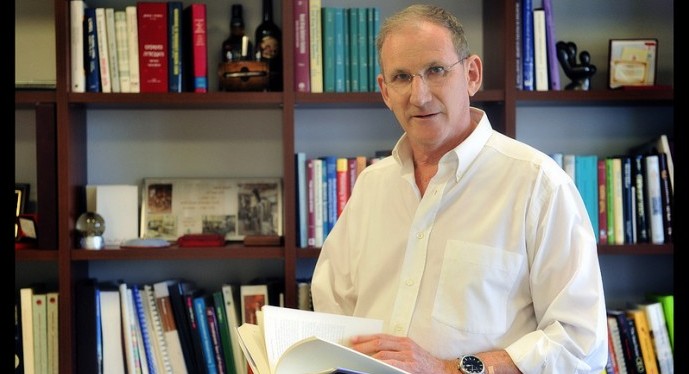 Only three years after going into business in Ness Ziona, Israel, Mapi Pharma  has won US patents for two promising drugs in its pipeline – a slow-release form of glatiramer acetate for treating multiple sclerosis (MS) symptoms just once a month; and a new pill, Tapentadol, for relief of moderate-to-severe acute pain.

“We believe in two to three years they could be in the final stage of development, and about three years to market,” says Mapi Pharma president and CEO Ehud Marom.

Informed by his background at Teva Pharmaceuticals, where he headed global operations for innovative drugs including Copaxone; at Peptor, where he led development of diabetes drug DiaPep; and at Gamida Cell, Makhteshim-Agan and Pharma Two B, Marom came to Mapi knowing exactly what he wanted to focus on.

“We started mainly at ‘eye level’ with technologies to improve patients’ quality of life,” he tells ISRAEL21c.

“For MS, we chose to do something to improve the life of the patient by developing a technology that can be injected once a month instead of daily.”

“The idea is to let the active material release slowly — and not as it is done today, immediately — by coating the active material with polymers. This provides a better quality of life, it’s safer and more convenient, and improves compliance and efficacy,” says Marom. “The FDA is supporting this way of delivering drugs for people with chronic diseases.”

MS is a chronic, often disabling disease that attacks the central nervous system. Unpredictable symptoms include numbness in the limbs, paralysis and loss of vision. The global market for MS pharmaceuticals is estimated to be approximately $10 billion.

Clinical trials for efficacy are set to start in January in Israel, and then in European and US centers. “There is a high chance that the efficacy will be the same because we changed the formulation, not the active molecules,” he points out.

“We are looking for collaborators mainly for our long-acting depot injections,” says Marom. “It takes about $30 million to bring such a new pharmaceutical to the market, as it requires clinical trials.”

Tapentodol pain reliever, which Mapi developed, has a patented API (active pharmaceutical ingredient). Pending results of clinical trials, Marom predicts that this, too, could be on drugstore shelves in three years.

Tapentadol is intended for the relief of moderate-to-severe acute (not chronic) pain. This segment of pain relievers has continuously grown during the last decade as a result of improved delivery technologies, increased physician recognition of the need for effective pain treatment, and the demand for pain medication by the growing population of senior citizens.

This is another lucrative market, currently estimated at about $10 billion, and is expected to continue expanding for the foreseeable future.

Marom says that Mapi is working on another pain-relief product as well as a cancer drug and several technologies for slow release.

Employing about 30 people in total, Mapi has R&D facilities in Israel, China and Germany and is building an API manufacturing site in Neot Hovav, Israel’s designated chemical park.

The company has filed for 20 patent applications for APIs and formulations in less than three years of operation.

UNCOVER ISRAEL - Get the ISRAEL21c
Weekly Edition free by email
Sign Up Now!
Bring Israel's story to life.
Millions of people around the world rely on us to gain a deeper understanding of Israel. We are the trusted source for original content you won't find anywhere else.
You can make a difference. Donate today to support journalism that brings Israel’s story alive.
SUPPORT ISRAEL21c
Read more on:   Health, pharmaceuticals, Biotech, autoimmune disease