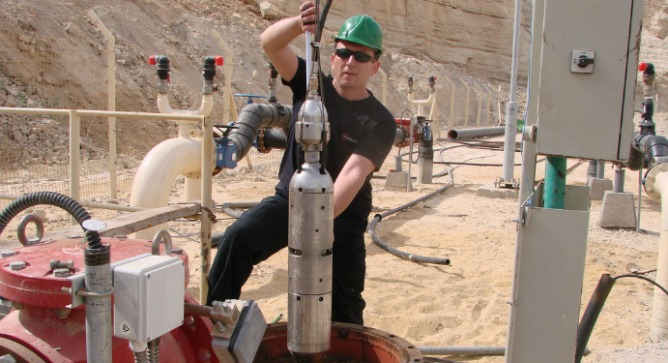 Hydraulic fracturing – fracking — is one way to extract valuable shale oil and gases from deep underground by injecting a highly pressurized fluid into rock to pull out the fossil fuel. Those in favor of fracking say that it will help America become energy independent, while growing numbers against it are highly critical of the risks such as groundwater contamination, surface spills and even mini-earthquakes.

An established industrial plumbing company from Israel has a technology that may help bridge the divide between industry and environmentalism when it comes to the fracking debate. With a decade of sales and a clean and green track record in the industrial plumbing business, Flow Industries is looking to help make fracking greener and more efficient.

The company’s CEO Oded Rose tells ISRAEL21c that the company is starting to work with fossil fuel companies to test the feasibility of its pressured air system. While the technology has been proven in multiple industries, it is not yet clear how it will perform in wells and channels that are up to five kilometers underground.

“To get at natural gas one needs to fracture the bedrock so the gas can flow to the wells,” says Rose. “Fracturing is a huge deal because it uses water and acids. Our technology could be applied to reduce environmental impact and to increase production of gas and oil.”

Flowing across the globe

“At the moment we have not done a lot with oil,” says Rose. “But with our leading technology in water, where we can go 100 to 300 meters deep, we are looking to apply in beta testing for oil companies drilling 1,000 to 5,000 meters underground.”

With major names in the water business such as Layne Christensen in the United States, and Veolia in France as clients, Flow Industries is already a game-changer in water. The business was created in 1987 to offer water flow solutions, but multiple industries have discovered that using highly pressurized air can be a green and safe way to address blockages of all sorts of materials — solid or liquid, hot or cold, says Rose.

Flow Industries works with industrial cement silos throughout the Middle East region, power plants and chemical companies of all kinds in Israel, India, Korea, Europe, and North and South America.

Its featured product is the Airshock “gun” developed more than a decade ago. It was invented by an Israeli hydrologist whose father and grandfather had both worked as well diggers. 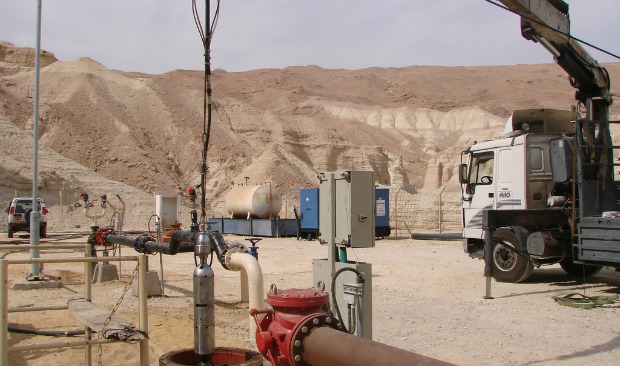 Flow Industries’ Airshock system is a green alternative in hydrofracking.

The founder thought that there must be better ways to unplug blocked water pipes than using harsh chemicals or explosions. Hydrochloric acid was often used for this purpose, but it can leak into water sources and is toxic to workers handling the material.

Airshock doesn’t create explosions or require chemicals. It builds pressure using oxygen or nitrogen, depending on the application, producing a shock of air to break up an internal blockage that cannot be removed manually.

The patented device operates in several phases. In the first stage it blasts a gas release down a channel, creating a small shock wave lasting five to 15 milliseconds. The rapidly expanding gas bubble creates a surge, breaking up scale and debris in wells and pipes. In the next phase, which lasts about one minute, the gas bubble contracts and washes out the debris that was causing the blockage.

While not extremely high-tech to operate — it does not include electronics or software – its approach is an innovative, unique technology, says Rose. Each Airshock model is priced for industrial maintenance companies and can cost tens of thousands of dollars up to $100,000 depending on the scale of the project.

Based in Omer, near Beersheba, Flow Industries employs 12 people, and outsources its production in Israel where the Airshock gun is assembled. The company is looking to establish business through partnerships and pilot plants in the gas and oil industry in the United States.

The company is also expanding its business with a patented technology to help companies working in the Alberta, Canada, tar sands deal with flow issues.