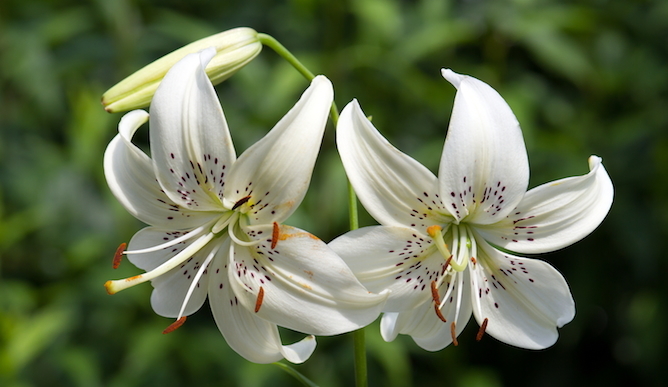 The Madonna lily. Image via www.shutterstock.com

They say that April showers bring May flowers, but in Israel between the Jewish Passover and the Christian Easter, a pretty rare flower is already in full bloom –– even if it’s only in the lab.

It has taken decades of science to get the Madonna lily, much revered by Catholics, to bloom just in time for Easter.

Catholics believe that this rare lily originated in Israel, and there could be a huge market for it if the growers can get the science just right, Ben-Gurion University plant scientist Michele Zaccai tells ISRAEL21c.

For more than a decade, Zaccai has refined botanical techniques to get the lily to bloom in synch with the holiday and not afterward –– when the flower normally reaches its peak in Israel.

Not to be confused with the Easter lily (Lilium longiflorum), the Madonna lily (Lilium candidum) is believed to be the flower given to Mary, the mother of Jesus, by the Angel Gabriel when Mary found out she was pregnant. Paintings from the time of the Middle Ages often feature the flower in depictions of the encounter, commemorated every March as the Annunciation.

The Catholic Church uses bouquets of lilies to usher in the spring holidays marking the crucifixion, burial and resurrection of Jesus. If they could access the tall-stemmed and small-blossomed white Madonna lily, it would be very much in demand, says Zaccai, who came from predominantly Catholic Belgium before moving to predominantly Jewish Israel. 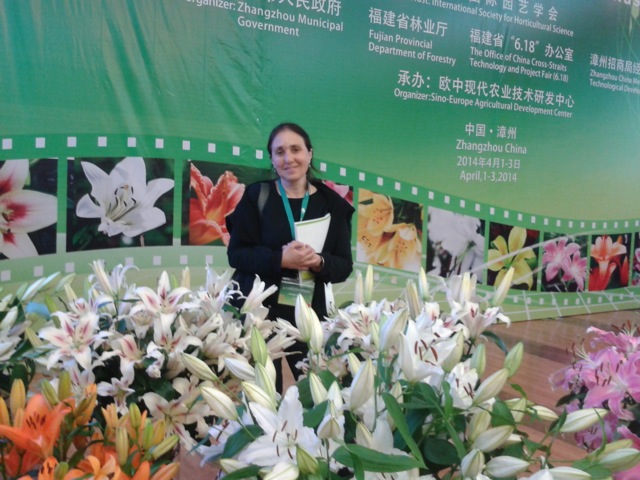 Michele Zaccai amongst her Madonna lilies.

She is currently teaching the techniques to Israeli flower growers. If enough growers are game, they could create a new niche market among Europeans looking for the rare beauty to decorate churches for Easter.

“We hope that the growers will make it happen,” she says.

Seeds of peace for the Pope

Zaccai sent a special “envoy” to Pope Francis, along with a delegation of Israeli and Palestinian students: a packet of Madonna lily seeds that she grew in her lab. She hopes they will be sowed in Rome.

Pope Francis is scheduled to arrive in Israel next month.

Zaccai has also given cut Madonna lilies to the Nazareth-based Church of the Annunciation in Israel, which used them in their Mass a few years ago.

Normally, plants flower at certain times of the year to match environmental conditions and the chance they will be pollinated. By experimenting with different temperatures and amounts of light, Zakai has rewired the mechanism so that the Madonna lily will bloom earlier than usual.

“We use special techniques to understand the physiology and development of the plant and to know what conditions the plant needs to grow and flower and at what time,” she says. 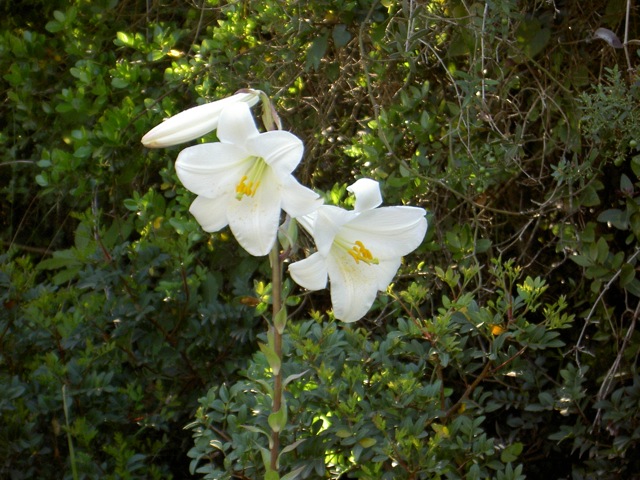 The rare flower is prized by Catholics.

Zaccai says Christian are certain that the flower originated in Israel, although today you can find it in other places around the world. In fact, the ancient Israelites used an image of the Madonna lily on one of their coins – around the year 350 BCE.

Research on the Madonna Lily is only one project on flowers at Ben-Gurion University. The Flower Lab studies many different ornamental plants and how to optimize flowering times. Other research includes how to grow flowers in saline, or salty, conditions.

For natural medicines, the lab and its researchers are investigating novel questions, such as how to use flower extracts to heal human disease. For example, lily extracts might be used against the Herpes virus.

The research in this area has proven to be successful, but an investment would be needed to take it to the next level.

“For us, the [Madonna] lily was just interesting because it was mentioned in folklore,” says Zaccai.

“It does grow wild in the Carmel and Galilee regions of Israel, but it is endangered. If you want to see it in the wild, try around the end of April or even May. And it has an amazing smell.”

For more about Michele Zaccai and her flowers, see http://in.bgu.ac.il/en/natural_science/LifeSciences/Pages/staff/Michele_Zaccai.aspx