A 1,200-year-old luxurious rural estate, the first of its kind ever found in the Negev, was exposed in archeological excavations by the Israel Antiquities Authority.

The dig was funded by the governmental Authority for the Development and Settlement of the Bedouin, prior to the expansion of the Bedouin town of Rahat. To their surprise, the archeologists came across a unique vaulted complex overlying a three-meter-deep rock-hewn water cistern. 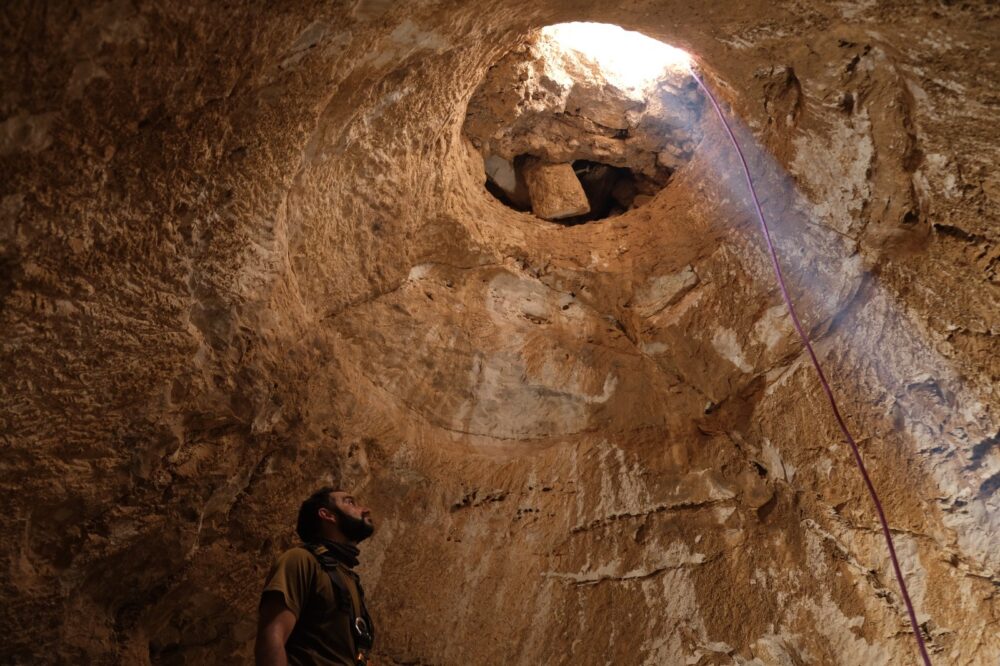 The water cistern of the ancient estate in Rahat. Photo by Emil Aladjem/Israel Antiquities Authority

The four-wing building, dated to the Early Islamic period (8th-9th centuries CE), was constructed around a central courtyard.
One of the wings encompasses a hall with a marble and stone floor and walls decorated with frescoes (paintings on damp plaster) finely colored in red, yellow, blue and black. 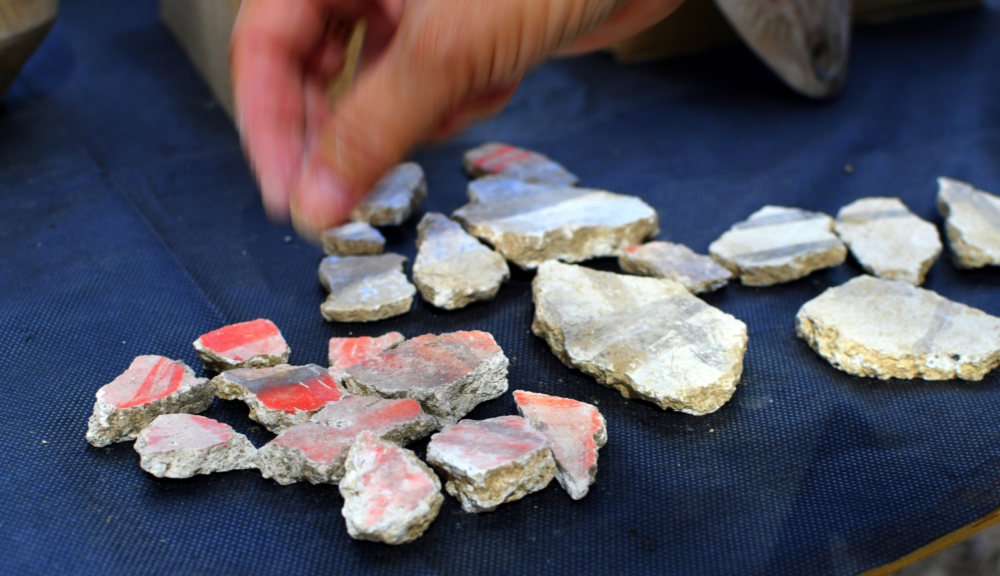 Other rooms in the building had plaster floors, and in other rooms, very large ovens—probably for cooking—were uncovered. The archeologists found here fragments of delicate decorated glass serving dishes.

“It seems that the stone-built underground vaults were built to store foodstuffs at fairly cool temperatures, and the supporting vaulted structures enabled the residents to move around underground safely and comfortably, to protect themselves from the scorching summer heat, and to drink cool water from the adjacent cistern. The clay oil lamp sherds retrieved on the vault floors were used for lighting the dark rooms, providing evidence for the residents’ activity here,” they said. 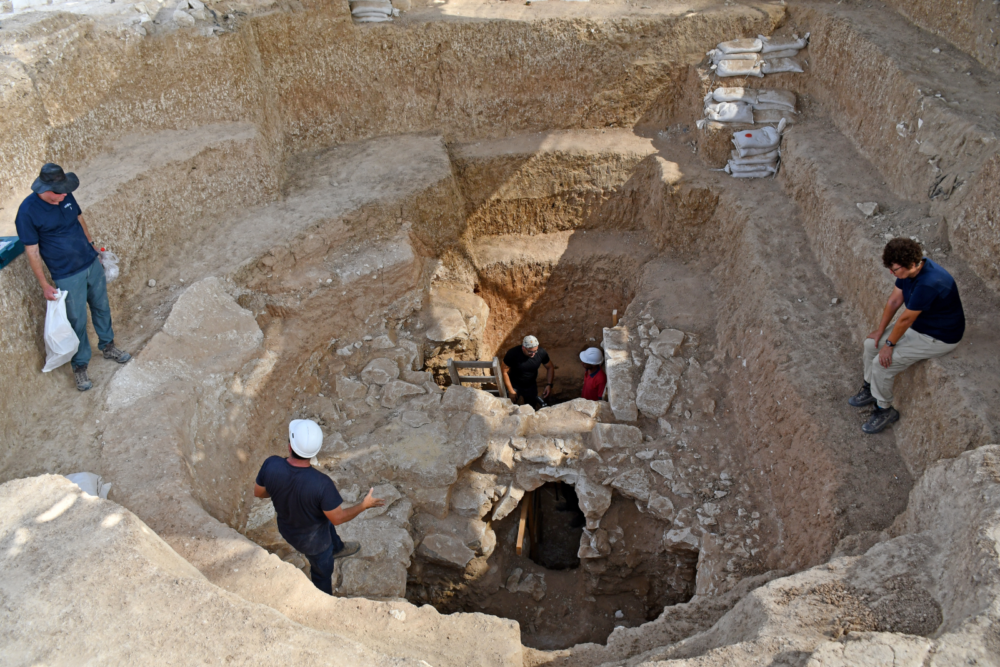 Eli Eskosido, director of the Israel Antiquities Authority, noted that the estate “was uncovered in an area located between two ancient mosques, perhaps among the earliest ever discovered. By good chance, and much to the local population’s interest and excitement, the Islamic building remains have been discovered in the area planned for expanding the town of Rahat. The Israel Antiquities Authority and the Authority for the Development and Settlement of the Bedouin are planning together to conserve and exhibit the finds to the public.”