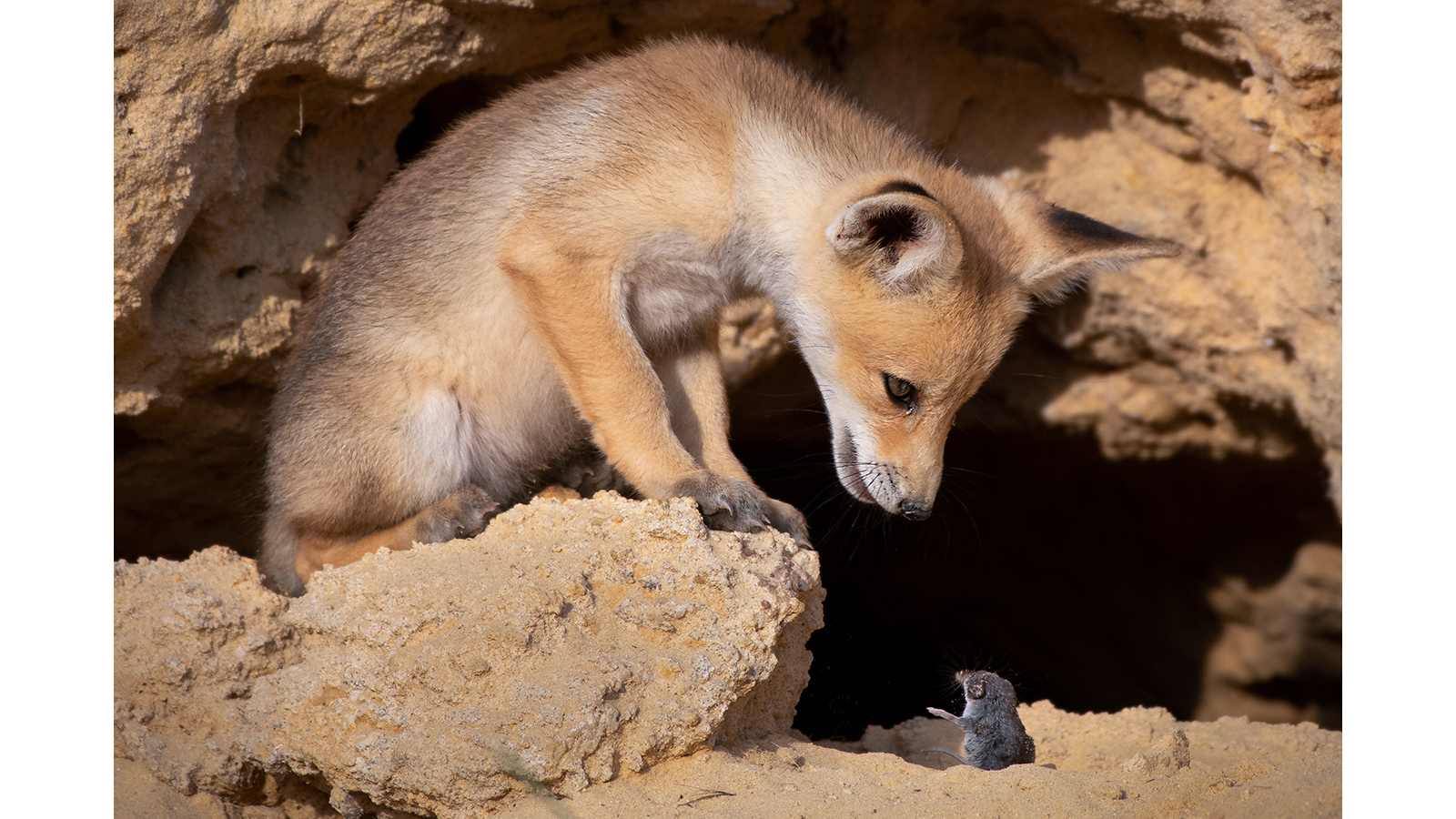 A fox cub and a shrew deep in conversation outside a fox hole in Israel. Photo by Ayala Fishaimer
#FoxyFriends

And that’s exactly what happened to Ayala Fishaimer, an Israeli wildlife photographer and photography guide.

“I got into the world of photography five years ago. I discovered this passion at quite a late stage,” Fishaimer explains. “I went to study photography and very quickly realized that it’s love at first sight.”

Fishaimer soon combined this newfound passion with her deep-rooted love of nature, and the result is the stunning photographs that you see here. 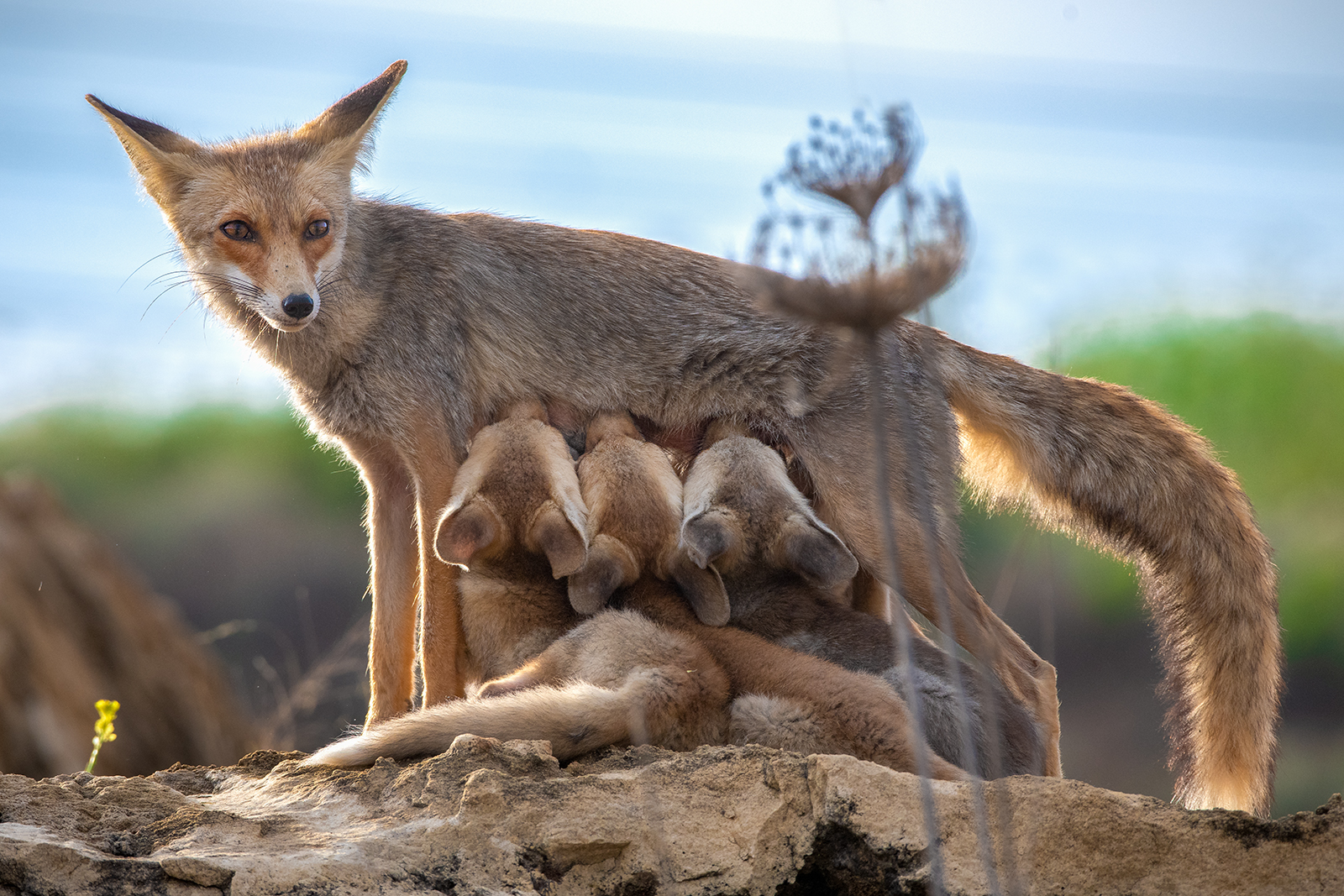 A nursing mother fox and her kits in the wild. Photo by Ayala Fishaimer

“This combination of my two loves was pretty obvious and I fairly quickly got into the field of wildlife photography,” she says.

She has since travelled the world in search of beautiful animals and beautiful images, photographing polar bears, lions and black panthers in far-flung locations including the North Pole and Africa, and also teaching photography. 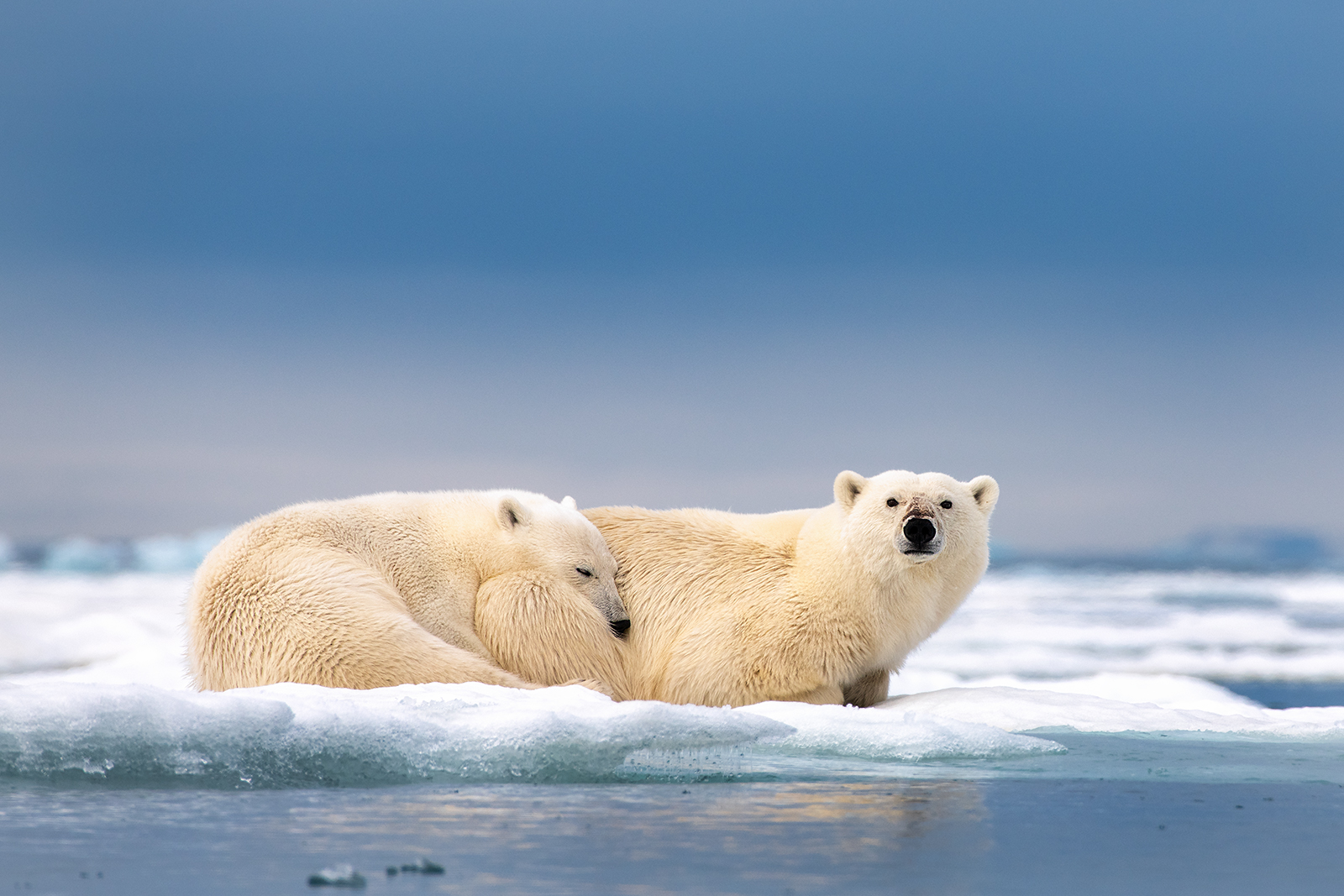 When the coronavirus crisis struck, however, Fishaimer found herself stuck in Israel and went on a mission to discover the wildlife it has to offer.

“I began discovering our little country,” she says. “There’s something very exciting about suddenly finding wildlife in the country. It’s even a little more challenging than a location where you know you’ll see animals.”

“On one of the days of the end of the first lockdown, I felt that I have to go out to nature for a little while and to look for animals,” she recounts. “I went out very early in the morning and after about an hour of driving off-road I came across a fox hole.”

Taking up a comfortable photography position inside the car, where she would not disturb them or scare them, Fishaimer spent a magical moment watching four exceptionally cute fox cubs playing and frolicking. 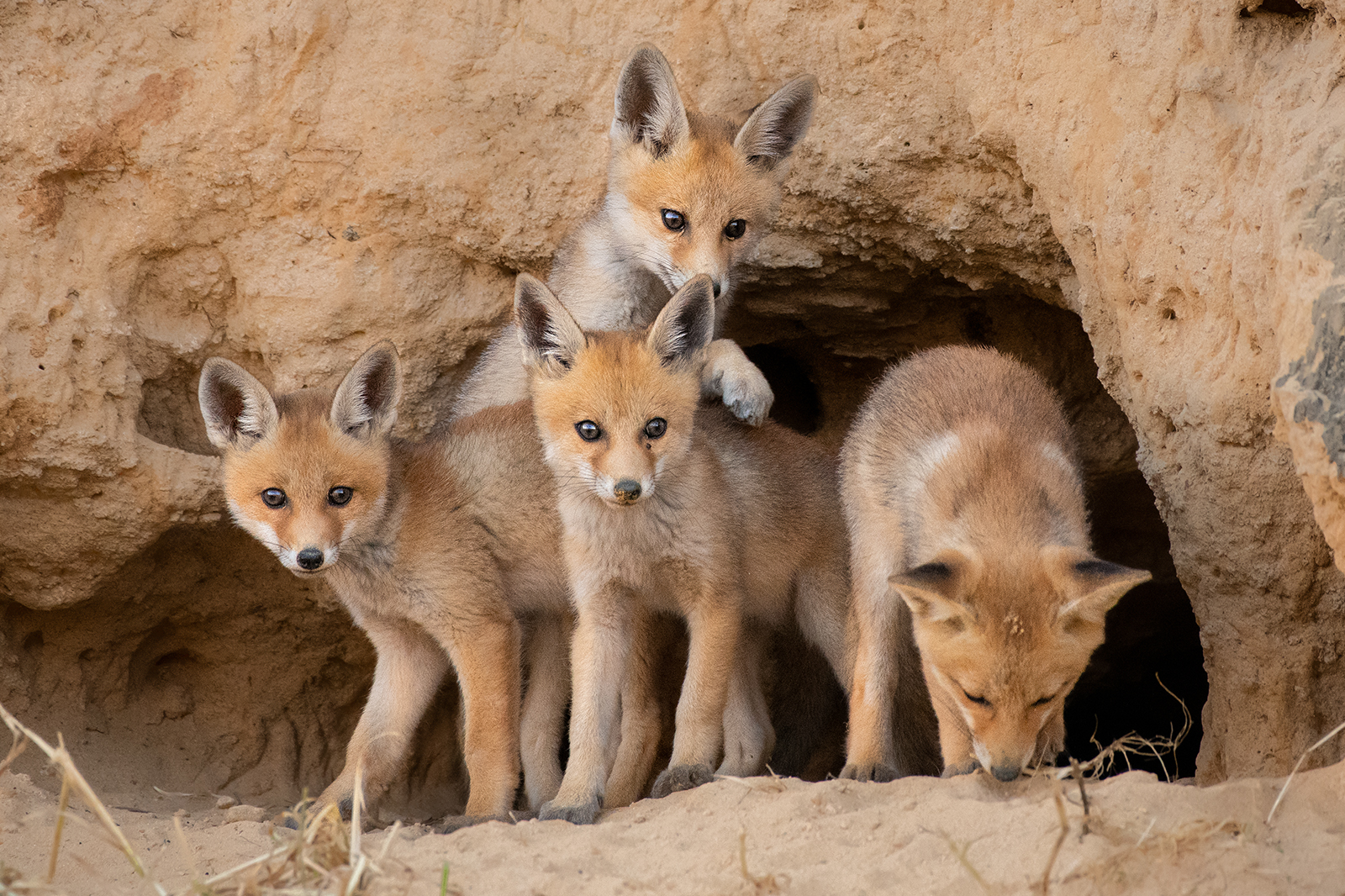 Photo of fox cubs in Israel by Ayala Fishaimer

“At some point I noticed one of the cubs beginning to sniff around and a few moments later he pulled out the shrew from the sand and began playing with him like a kid plays with a ball,” she adds. “After a while, the cub stood on top of a stone at the entrance to the hole and threw the shrew in the air. The shrew landed in such a way that looked as if they were having a discussion and he was asking the fox to spare his life.” 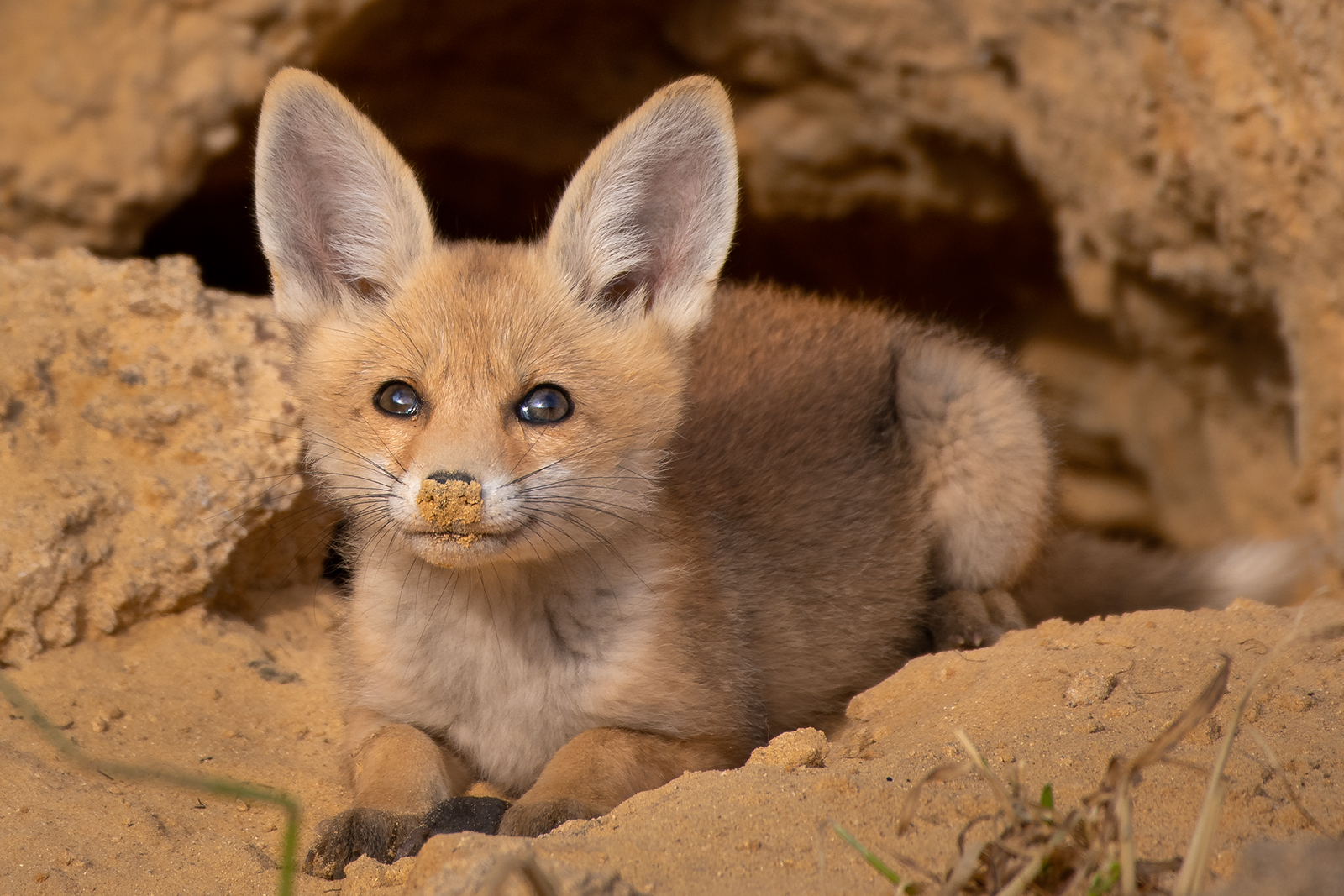 Photo of a fox cub by Ayala Fishaimer

When she looked at the photo later, she realized it is something special. “It’s every photographer’s dream to catch this special moment.”

Fishaimer sent the photo to the Comedy Wildlife Photography Awards, an international contest that champions conservation through competition. The photo is now one of 44 images vying for the top spot, to be announced on October 22. 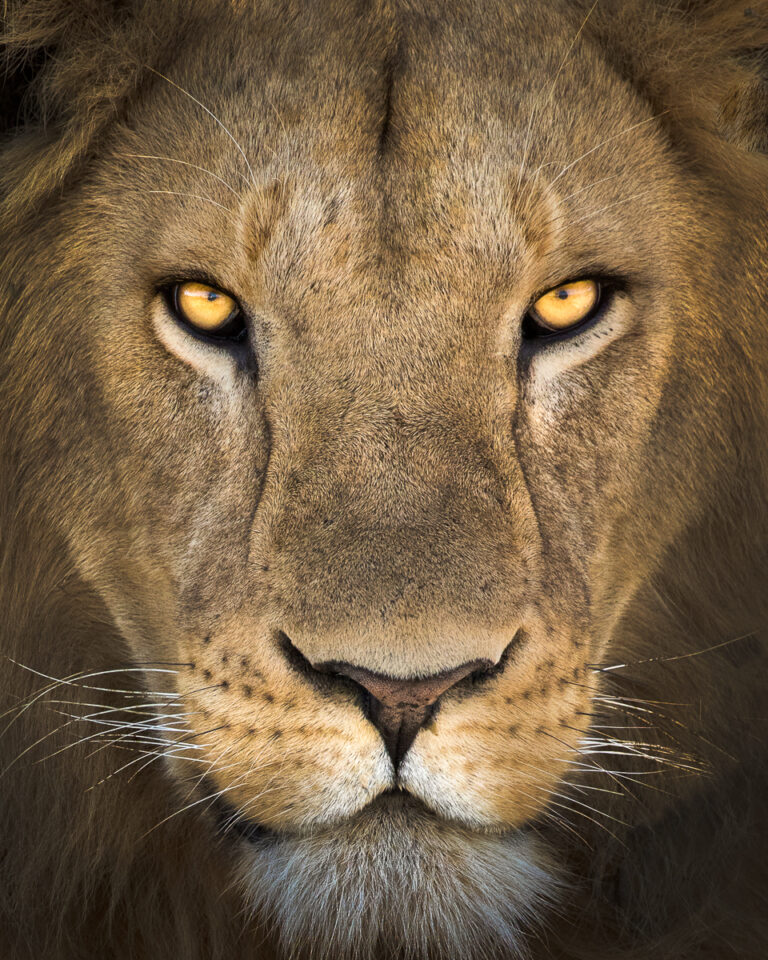 Looking a lion in the eyes. Photo by Ayala Fishaimer

“In the end, a photo that I took some 20 minutes away from my house is gaining ground and making headlines,” she jokes. 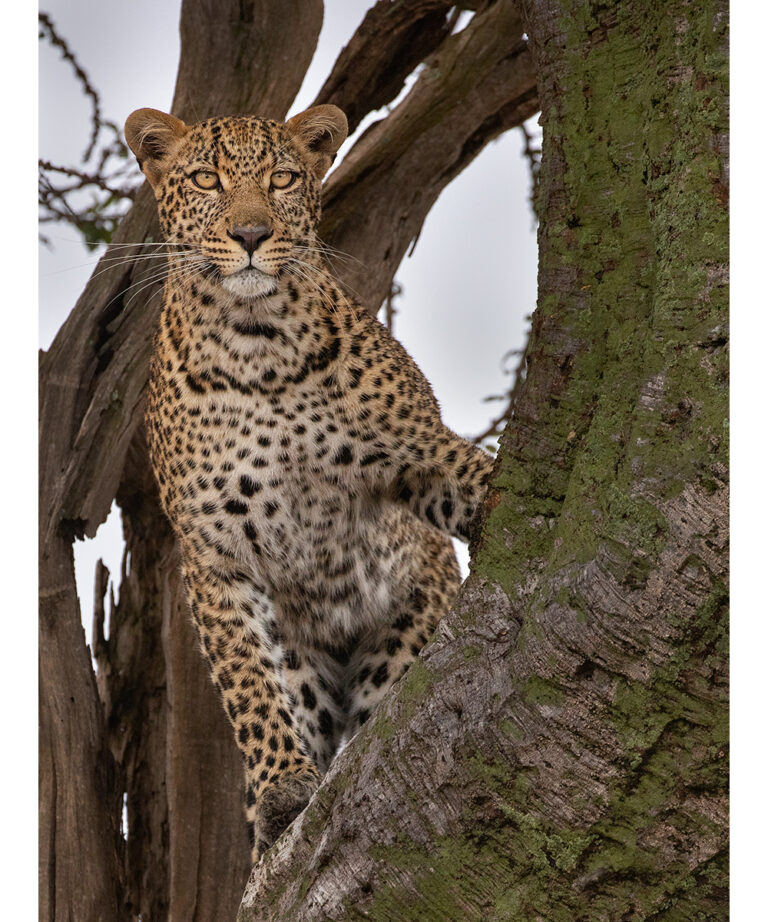 Photo of an African leopard by Ayala Fishaimer

Fishaimer is reluctant to discuss where exactly she took the photo, noting that she doesn’t want the area to be swamped and the animals to be disturbed.

“For me, nature conservation is the highest value, even ahead of photography, and even if it means not taking a certain photo,” she says. “We need to remember that we’re guests in their world.” 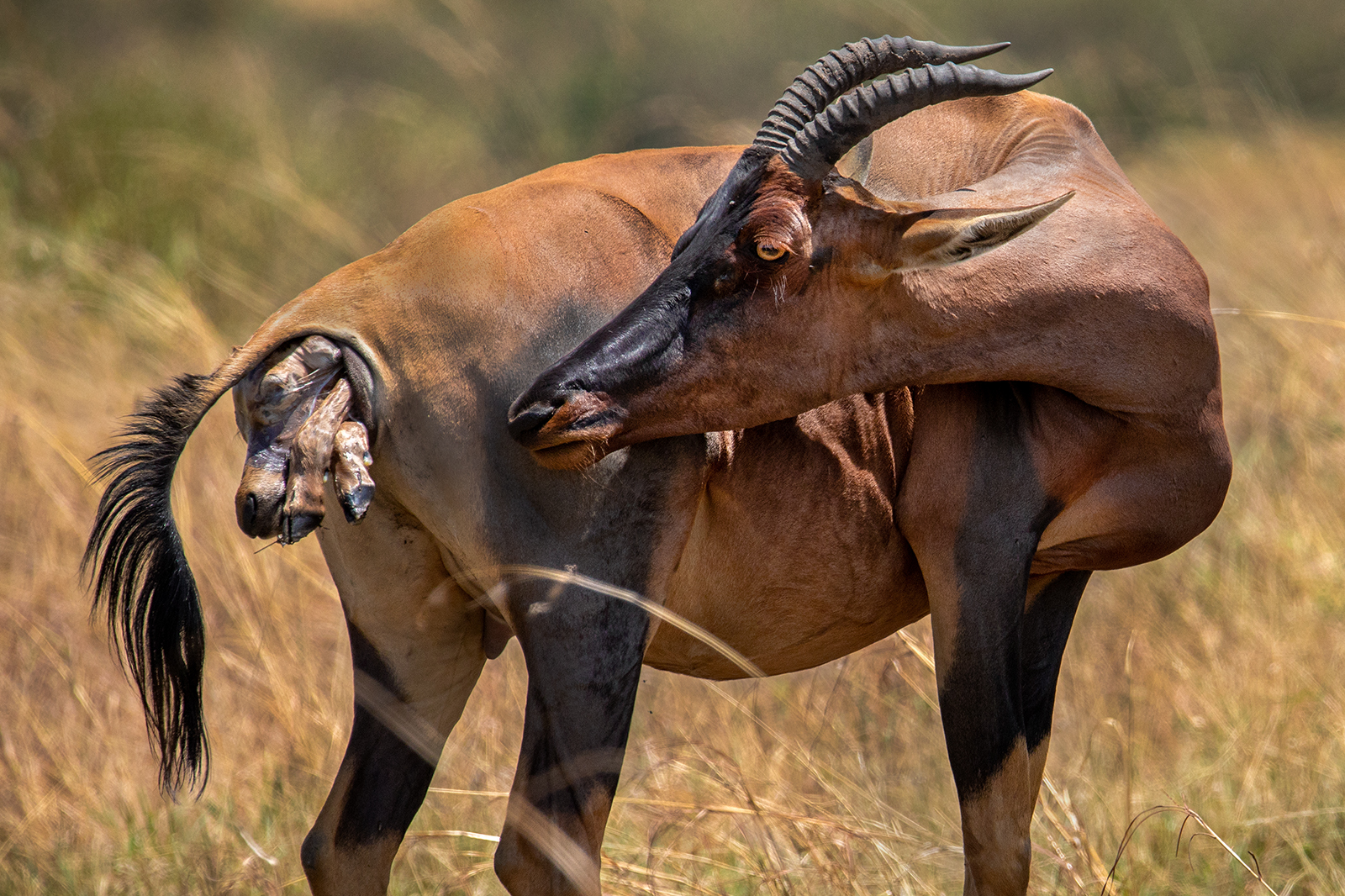 Fishaimer’s dream photo, that of a leopard cub, remains to be taken.

“I really, really love leopards,” she says. “I haven’t had the chance to do so yet and that’s the dream.”

A fox cub and a shrew deep in conversation outside a fox hole in Israel. Photo by Ayala Fishaimer
Give
Every
Month
Help ISRAEL21c uncover
the Israel we love